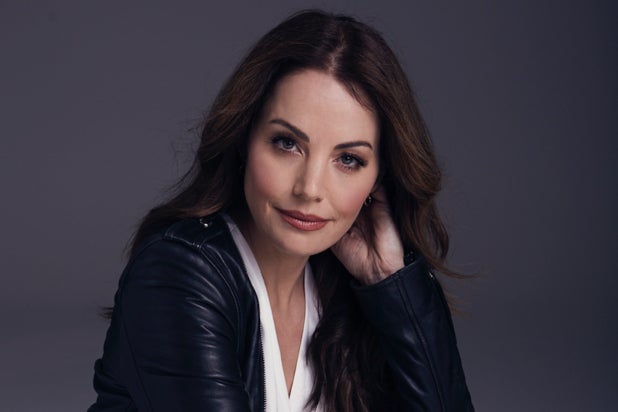 “Crisis on Infinite Earths” is now a “Smallville” reunion. A day after Tom Welling boarded the mega-crossover to bring back his version of Clark Kent, The CW announced that Erica Durance would return as Lois Lane.

For those keeping score: That now makes three different versions of Superman and two separate Lois Lanes for the five-part event, which kicks off in December. The crossover will pick up the “Smallville” characters some 10 years after the show went off the air.

“Smallville,” which featured a pre-Superman version of Kent growing up in Kansas, aired for 10 seasons from 2001-2011. The first aired on The WB before it merged with UPN to create The CW.

Welling will join Brandon Routh and Tyler Hoechlin as those playing the Man of Steel. Routh played the character in the 2006 film “Superman Returns,” though his version of Superman for “Crisis” will be from the “Kingdom Come” storyline. Hoechlin has played Superman on “Supergirl” and last year’s “Elseworlds” crossover. Elizabeth Tulloch is also coming back as her version of Lois Lane, who is the mother of Hoechlin’s Clark Kent’s child.

And if this isn’t confusing enough for you: Durance has actually appeared in the “Arrowverse” before — on “Supergirl” she played an older version of Alura Zor-El, Kara’s (Melissa Benoist) mother.

Additionally, Burt Ward will appear in an unknown role — Ward played Robin in the 1960s “Batman” TV show with Adam West — and Kevin Conroy will also make an appearance on the five-hour event as Batman himself: Bruce Wayne. Conroy, who is well-known for providing the voice for the Caped Crusader in “Batman: The Animated Series” and “Batman Beyond,” will appear as an older Bruce Wayne from the future.

The “Crisis on Infinite Earths” crossover, one of DC Comics most famous storylines, will be The CW’s biggest and span the midseason break. The crossover begins Dec. 8 with “Supergirl.” That will be followed by “Batwoman” and “The Flash” on Dec. 9 and 10, respectively. “Crisis on Infinite Earths” will wrap up on Jan. 14 with “Arrow” and “DC’s Legends of Tomorrow” going back-to-back.

Created by Marv Wolfman and George Perez, “Crisis on Infinite Earths” was a best-selling 12-issue series running from 1985 to 1986 that replaced the DC multiverse, which since 1961’s “The Flash of Two Worlds” had explained the company’s varying and contradictory continuities, with a single streamlined universe and a complete reboot of most DC characters. It was a critical hit and a best-seller for DC and is credited with popularizing the idea of large-scale crossovers in comics.

In the series, The Anti-Monitor, the evil counterpart of The Monitor (played by LaMonica Garrett in the “Arrowverse”), attempts to destroy all of the different universes with the goal of becoming the sole ruler of whatever is left. He’s eventually foiled but at a staggering cost: The surviving five universes are merged into one, and a huge number of classic DC characters are killed off, seemingly for good — including both Supergirl and Barry Allen/The Flash.

Death In Paradise: Danny John-Jules speaks out on return to Saint Marie in spin-off