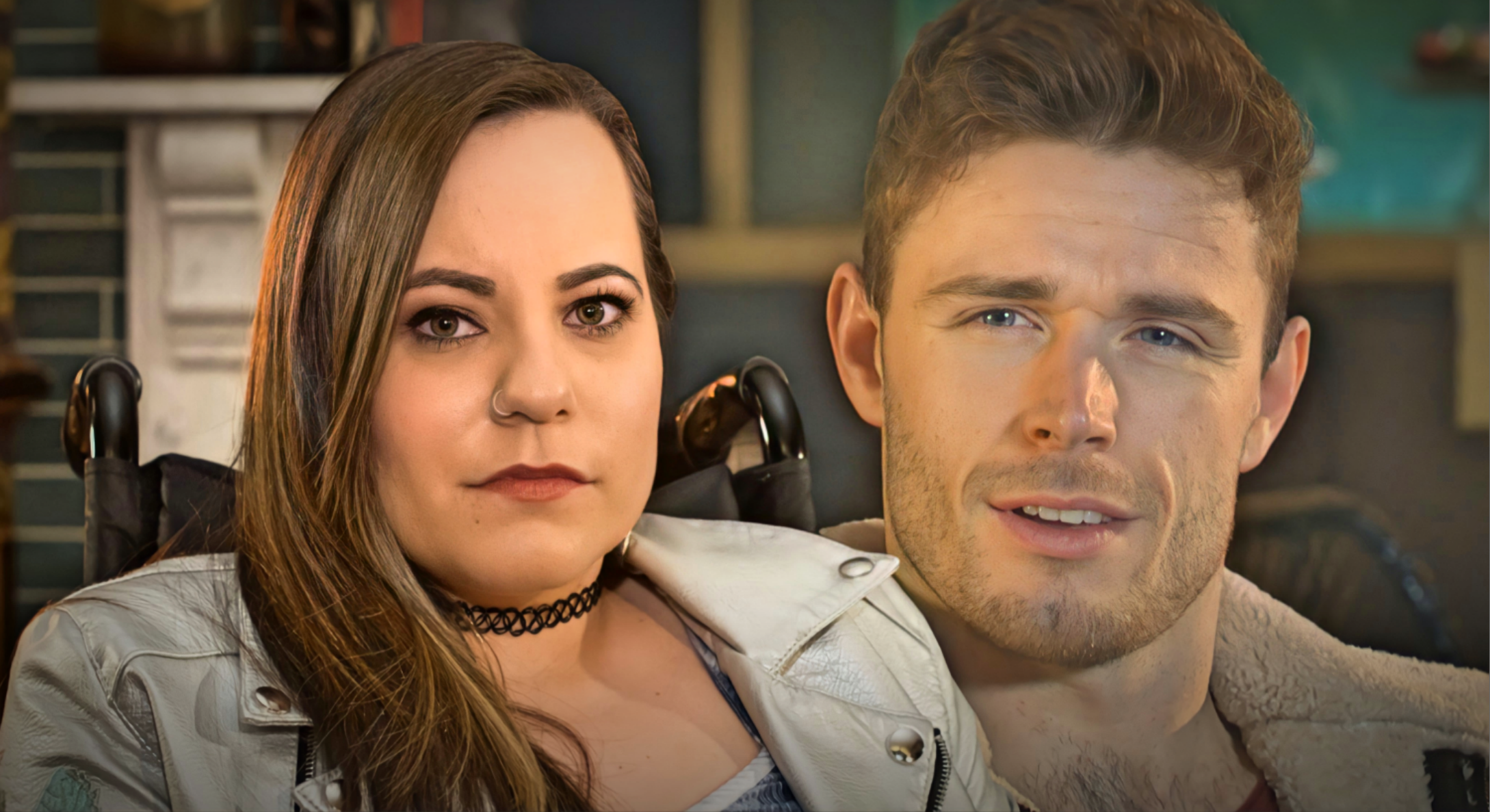 Courtney Donovan (Amy Conachan) receives quite the shock in Hollyoaks, as Dean Vickers (Paul Sloss) spills the beans on just what type of a man George Kiss (Callum Kerr) really is.

Dean returns to the eponymous village next week, and his presence leaves John Paul McQueen (James Sutton) feeling somewhat on edge, especially after he learns that he’s hellbent on winning back so-called ‘soulmate’ George.

Courtney is on hand to ease John Paul’s mind, however, as she takes him for a few drinks in an effort to reassure him that he’s just being paranoid.

‘It’s that idea that when something like that happens with your friend, your job is to reassure them that everything is fine,’ actress Amy Conachan told Metro.co.uk, ‘Even though if it happened to you, you’d be just as paranoid!

‘You have to try and make them feel like everything is fine and they’re being silly, their relationship is perfect. She definitely steps up to be that kind of friend.’

While Courtney proves herself to be a wonderful friend, her perception of John Paul and George’s ‘perfect’ relationship is soon somewhat altered, when — in the wake of discovering George used him once more — Dean tell her about the policeman’s past, and claims John Paul will be his next victim.

‘At first she doesn’t really think anything of it,’ explained Amy. ‘She thinks Dean is being dramatic, and that he’s some sort of jealous ex. She thinks he’s in a bad place, and is pulling anything out of his hat. But obviously, she recognises something in him, that maybe he is telling the truth.’

‘John Paul is reluctant to believe it,’ said Amy. ‘Of course he’s going to be on the side of his boyfriend, and he would like to believe that it’s not true — that George would never do that to anybody.

‘Courtney feels responsible that she needs to convince him that this is maybe something he needs to worry about. They’re really good friends, so there is no reason why she would lie to him, and I think John Paul sees that in her.’

However, matters are complicated, as George overhears Courtney voicing her concerns, and thus the sinister policeman thinks quick in order to silence her.

‘George is very much the kind of character who likes to put on this show that he is what he is,’ Amy said. ‘He’s an upstanding citizen, he’s a police officer, he’s come into the school to talk about knife crime and drugs. That’s how Courtney knows him, so he knows that she has no reason to think he is anything other than that.

‘He’s the kind of person who thinks: “I can fix this, I know how to fix this”. He looks at her as an easy target and thinks that he’ll be able to convince her that everything is fine — that the information she’s got is a lot of rubbish.’

However, if there’s one thing we know about Courtney, it’s that she’d do whatever it takes to protect those closest to her, and therefore — in spite of George’s attempts to manipulate her — it’s not going to be as easy as he thinks to to get her on side.

The question is: could she end up in danger as a result?

‘I think it’s definitely a risk at this point.’ Amy continued. ‘She tends to get herself into situations before she’s even realised it, so I wouldn’t be surprised if she’s tried to risk her own safety to try and protect somebody else.’

If this does prove to be the case, could Courtney prove instrumental in George’s downfall?

‘I feel like Courtney has the power to do that in any situation. She’s a very strong woman, and very brave even though she’s been through a lot in the past. I think if anybody is going to be instrumental [in taking George down] it could absolutely be her.

‘She’s very protective of the people in her life, if she’s going to put herself at risk to help someone that she loves and cares about, then she’s not really that bothered. She’d want to do that.’

Amy warned that the scenes ahead are ‘nerve-wracking’, as George goes to extreme lengths to keep his secrets hidden.

‘It definitely puts you on the edge,’ she said, ‘And gets much more intense and more nerve-wracking, because we don’t know where it’s going to go!’