Home » TV » Countryfile viewers distracted by Ellie Harrison’s appearance ‘What is she wearing?’

During Sunday’s instalment of Countryfile, BBC hosts Matt Baker and Ellie Harrison celebrated the 150th anniversary of Wimbledon Common, Tom Heap also investigated whether efforts to protect the world’s oceans are delivering for UK waters. However, some viewers became easily distracted by Ellie’s appearance during a segment about moths. While some commented on how “stunning” the presenter looked, others were left baffled by her choice of outfit – a pair of pale blue shorts paired with a matching ruffled blouse.

Ellie paid a visit to the lowland heath where she spoke to expert Les Evans-Hill about how the insects and birds depend on the heath for their survival.

The expert, who has studied moths on the common for the past 10 years, explained to Ellie said moths making holes in clothes is a “common misconception”.

“That is just not the case,” he told the presenter. “There are over 2,500 species of moths in the United Kingdom alone.

“There’s only one small micromoth family of about half a dozen of moths that will eat natural fibres.” 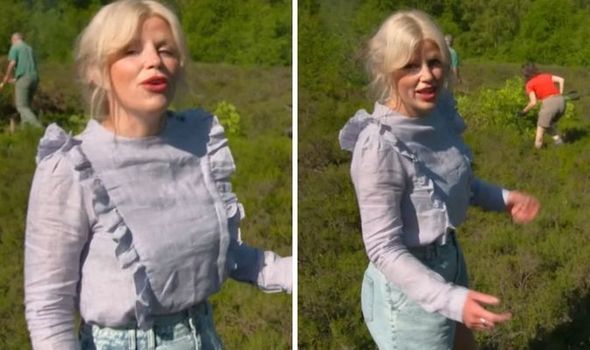 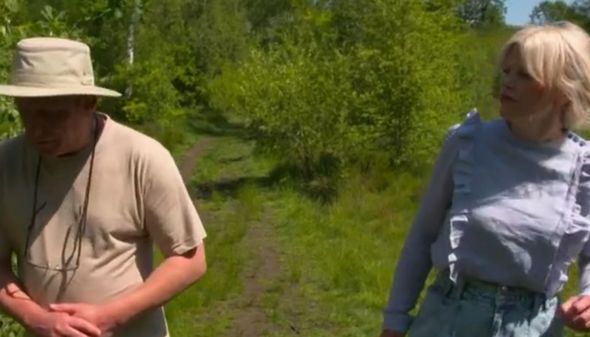 He continued: “And the majority of those are quite rare and you’ll never come across anyway.”

“Far from being homewreckers,” Ellie explained. “Moths play a vital role in our natural world.”

Turning to Les, the host asked: “Why are they important? And where do they fit into the ecosystem?” 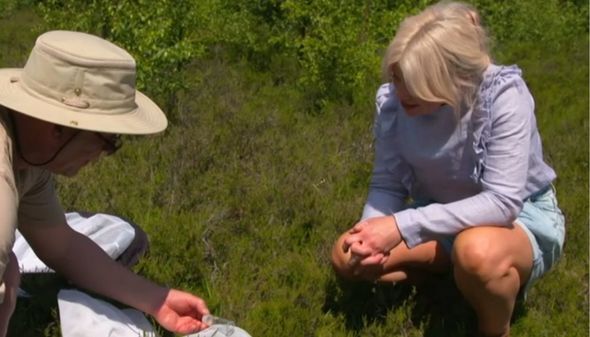 He added: “The birds and the bats and what have you.

“If you consider the fact that I think it’s around about 50 billion caterpillars ear year are eaten by blue tits alone.

“If you have a bad year, then the blue tits are unable to feed their chicks and other birds like sparrowhawks and what have you will suffer.

“Because they won’t be able to feed their chicks and then you get a general collapse in the whole ecological order.”

Speaking about the decline in moths, Les explained: “Declines are due to things like climate change.

“Farming practices and habitat loss, that sort of thing.

“And we need moths to give us that data to tell us what is happening.”

During the segment, viewers took to social media to share their thoughts on Ellie’s appearance.

“Why on earth did nobody tell Ellie?” one viewer asked as another penned: “Someone needs to hand Ellie a mirror quickly.”

A fourth questioned: “What on earth is Ellie Harrison wearing? She looks like she’s off for a girls night at the pub rather than presenting a feature on moths.”

“Ellie looks like she is about to play at Wimbledon,” a fifth pointed out.

Others were loving Ellie’s choice of clothing, with one simply tweeting: “Stunning.”

While another said: “Ellie is very beautiful.”

Countryfile airs on Sunday at 5.40pm on BBC One.