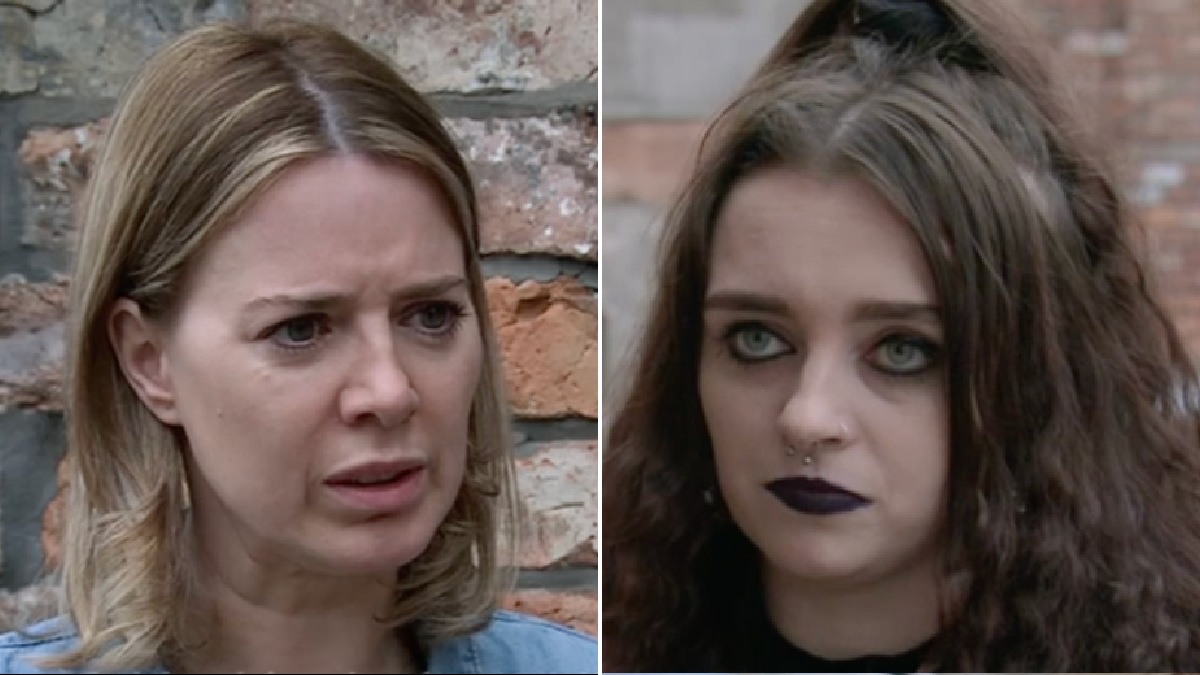 Nina Lucas (Mollie Gallagher) was appalled to discover that Abi Franklin (Sally Carman) is intent on killing Corey Brent (Maximus Evans) in Coronation Street, but in spite of her reservations, she decided that she would not stand in her way.

Abi returned to screens earlier this week, and, despite playing happy families with Kevin Webster (Michael Le Vell), it was clear that she still wanted revenge on murderous Corey.

Viewers saw the grieving mum purchase a gun from her ex Tez (Stephen Lord), and she’s intending on using the firearm to shoot Corey dead. What’s more, she’s been tracking Corey’s movements in a little red book, which Roy Cropper (David Neilson) found on the floor of the cafe in Friday’s (October 15) outing.

Nina, meanwhile, knew full well that Abi was up to something, and thus she continued to investigate. After successfully locating Abi, she demanded that she come clean about what she was doing.

Soon enough, it all became clear. Nina was stunned to discover that Abi was planning on murdering Corey, and that she’d spent £2,000 on a gun.

She pleaded with her to reconsider, reminding Abi that she also wants nothing more than for Corey to suffer, but reiterated that this isn’t the way.

With Abi remaining steadfast in her decision, Nina resorted to blackmail, telling her she has until the end of the day to get rid of the gun or she’s going to report her to the police – and hand in little red book as evidence!

Abi was heartbroken at the thought of her plan falling apart.

Nina, meanwhile, returned to the cafe for a chat and a game of scrabble with Roy. But after giving it more thought, she decided to pop round and see Abi once more.

Handing her the little red book back, Nina revealed that she won’t report her to the police, nor will she stand in her way, as she’s hopeful that Abi will soon come to her senses and reconsider.

Abi, however, made it quite clear that she will see her plan through right to the bitter end.

‘I’ll look him in the eyes,’ she said. ‘And then I’ll pull the trigger, and spit on his corpse!’

Nina reiterated that she has ‘faith’ that Abi will see sense, but Abi again stood by her plan.

‘Have faith in this,’ she added. ‘I won’t back down. That animal is going to get what he deserves.’

Little does she know, however, that Roy was watching from afar. But just how much has he heard?