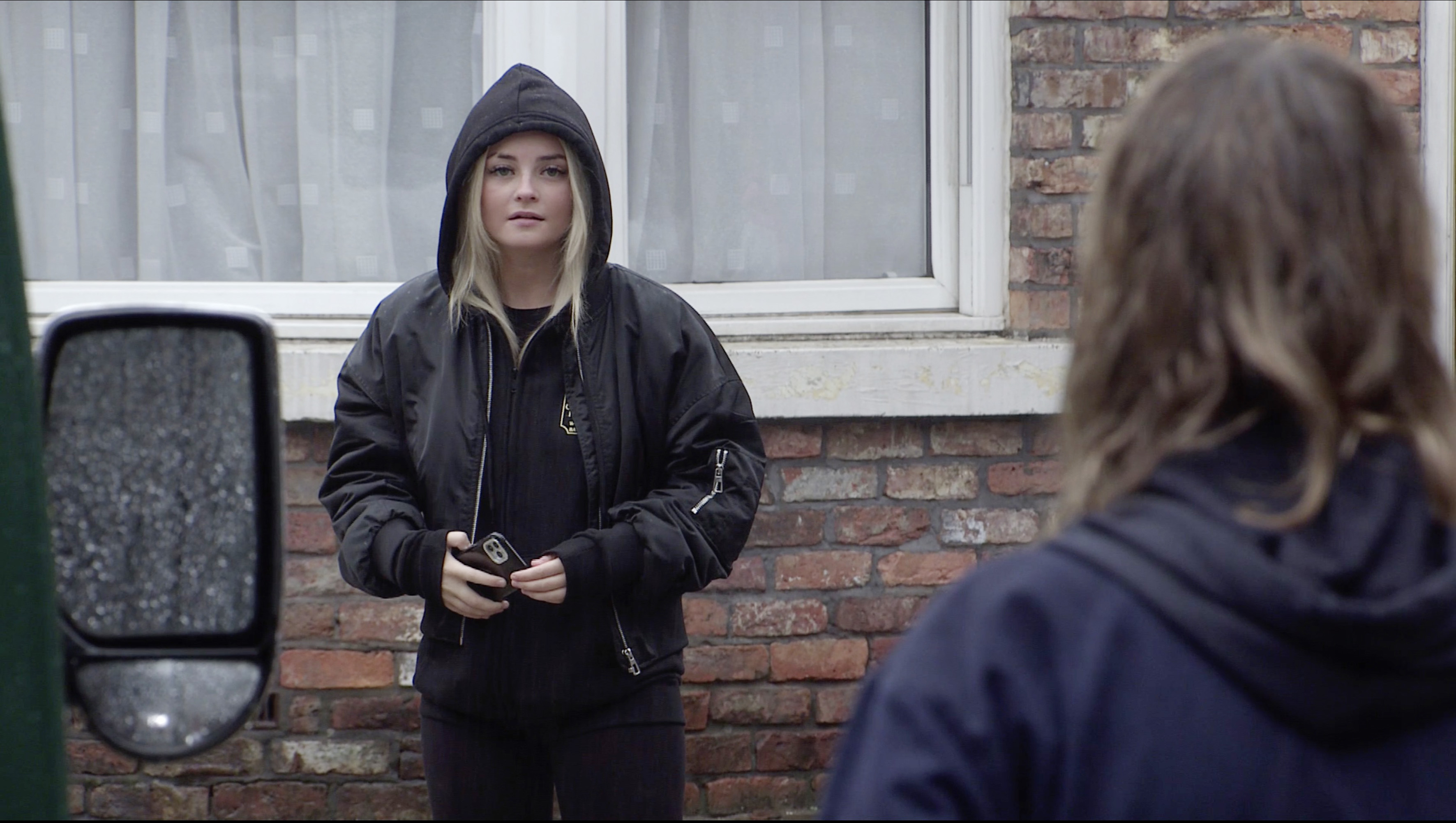 Abi Franklin (Sally Carman)’s post-honeymoon happiness is shattered on Coronation Street when she learns that Kelly Neelan (Millie Gibson) is living and working nearby. With a constant reminder of the murder of Seb right in front of her nose, there’s no peace of mind for Abi.

‘She is on cloud nine, the honeymoon was just what she needed to enjoy being with Kevin (Michael Le Vell) and she is feeling so loved up,’ says Sally Carman.

‘So when she gets back and realises that Kelly has actually moved onto the Street it absolutely blows her mind. Of all the streets in all the towns she has decided to live on this same one as the mother of the person she was involved in the death of.’

Abi has no sympathy for Kelly at all, Sally says. ‘She feels very strongly that Kelly started the ball rolling and if she hadn’t done what she did then none of it would have happened, so she absolutely can not see the wood for the trees. She can’t bear to think about her never mind see her, so she is in no position to feel anything other than hatred.’

After a lovely surprise courtesy of Seb on Christmas Day, Abi is horrified when she visits the memorial garden.

As Sally explains, ‘She sees some gorgeous flowers and when she sees they are from Kelly it is too much for her to deal with.’

Sally feels that time might have softened how Abi feels about Kelly. ‘If Kelly had gone away and lived somewhere else for six months and then come back it might have been better and Abi may have been able to move on,’ but as it is, ‘She still feels much too raw and Kelly is getting the brunt of her grief and anger.’

Sally describes what happens next. ‘She goes to the Alahans where Kelly is staying and throws the flowers at her and tells her she doesn’t want her around. She can’t deal with the fact she is on the Street but also the fact that Kelly has been given the chance to live the life that Seb had taken away from him. She has been given the apprenticeship and she has a real chance of a good future and it is a reminder every time she sees her. It is punch in the stomach reminder that her son will never have that because of her.’

It’s not surprising that Abi’s reaction is extreme. ‘This has completely blindsided her and she has lost reason,’ according to Sally. ‘She is bullying this kid, it is quite nasty. She is going to make Kelly’s life miserable until she leaves.’