Home » TV » Corrie drops big clue to death disaster – did you spot it? 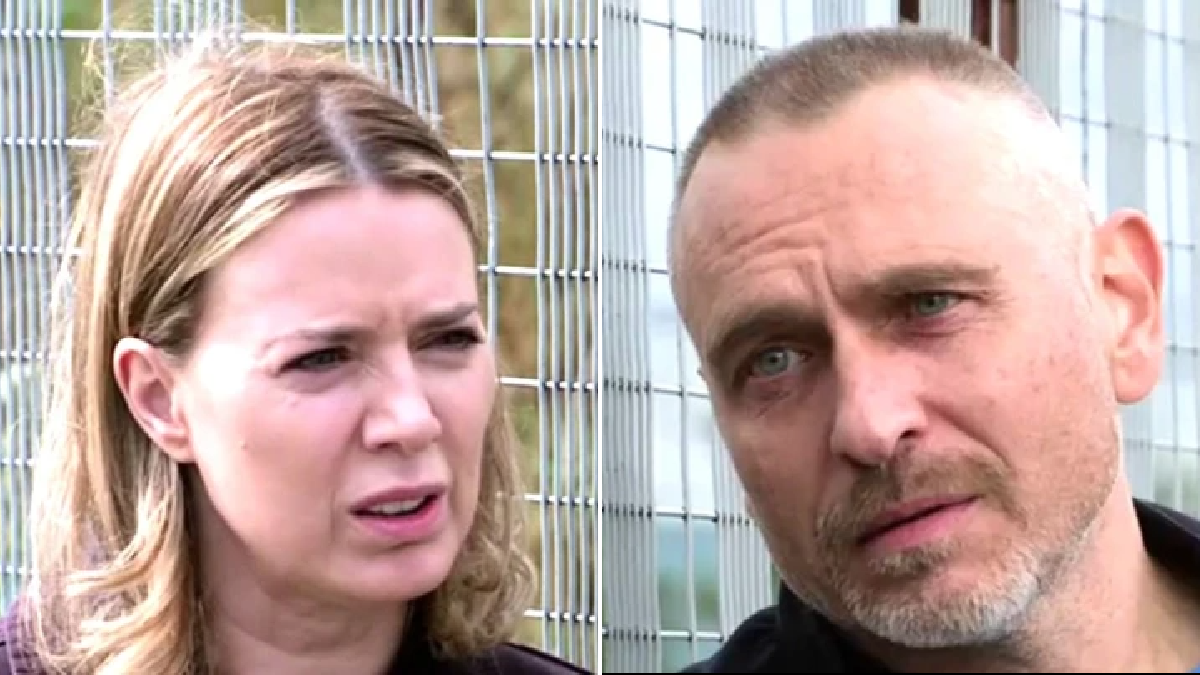 A storm is coming to Coronation Street and tonight, the ITV soap dropped a huge clue to the dangerous week ahead – but did you spot it?

Grieving mother Abi (Sally Carman) has been missing for a few weeks following the court trial, and the lack of contact has caused Kevin (Michael Le Vell) to think the absolute worst had occurred.

As a happy Kevin and overjoyed Jack made their way to the Bistro for a special takeaway dinner, Abi met up with Tez (Stephen Lord) – Seb’s (Harry Visinoni) father.

With viewers establishing last week they were up to something, Abi asked Tez tonight if he had ‘it’ with him.

But during their meeting, Abi also dropped a very subtle foreshadowing hint when insulting Tez.

Relating to the gun Tez had got his hands on, Abi said: ‘Shut up, hand it over, and crawl back to the sewer with the other rats!’.

Certainly ironic, given the fact we know Abi is going to end up in the sewers when the Platt’s sinkhole collapses during the soap’s deadly week.

And if you want to dig even further into the dialogue ‘other rats’ could definitely be relating to the vermin that is Corey Brent (Maximus Evans).

Abi and Corey will go head to head in a showdown in the sewers, but who will make it out alive?

What is Strictly Come Dancing star and Paralympian Will Bayley's disability?