At the beginning of the week, Kelly (played by Millie Gibson) managed to persuade Aadi (Adam Hussain) to take part in a Mr and Mrs quiz in order to win a free holiday. As the pair began to get to know one another, they took their relationship further with Aadi giving her a ring to wear to convince people of their engagement. During Friday night’s episode, Aadi admitted his true feelings to Kelly, ending with the pair getting engaged for real.

During the latest instalment of the ITV soap, the pair took part in their Mr and Mrs test but ended up failing it miserably.

Aadi saved their chances of the holiday after expressing how he really felt about Kelly, which promoted the journalist to fall in love with them.

After their test, Aadi had to prepare for his driving test with Kelly giving him some words of encouragement before he headed off.

However, as she was saying goodbye, Asha Alahan (Tanisha Gorey) spotted her mum’s ring on Kelly’s finger and became concerned she had stolen it from her room. 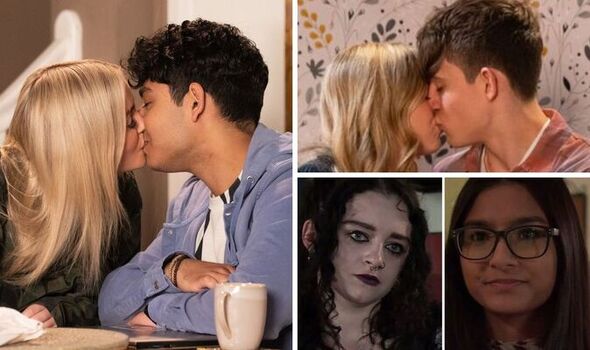 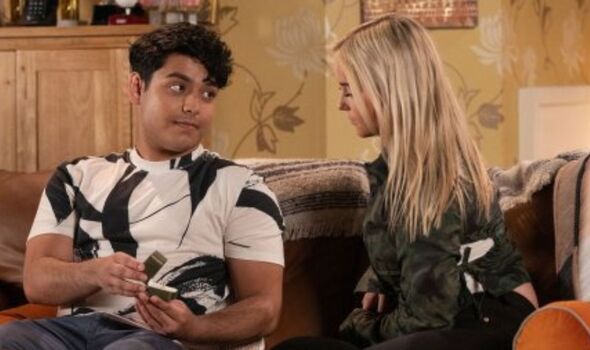 Aadi passed his driving test with flying colours and was surprised by his father Dev Alahan (Jimmi Harkishin) with a new car.

As Dev left for work, Asah questioned Aadi about the ring on Kelly’s finger and he explained it was a joke and didn’t mean anything to him.

Unfortunately for him, Kelly overheard their conversation and threw the ring down the street, before getting into his car and speeding off.

Desperate to catch up, Aadi jumped on Asha’s old princess bike and headed in the direction Kelly left, hoping to catch up with her. 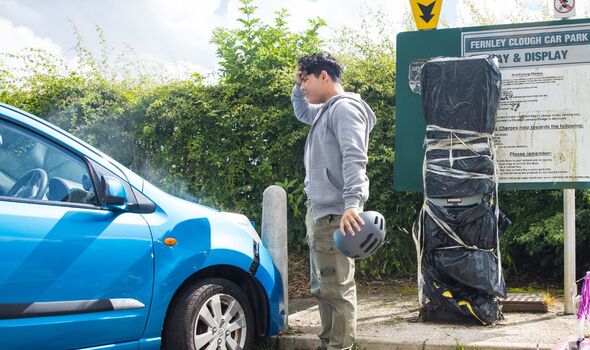 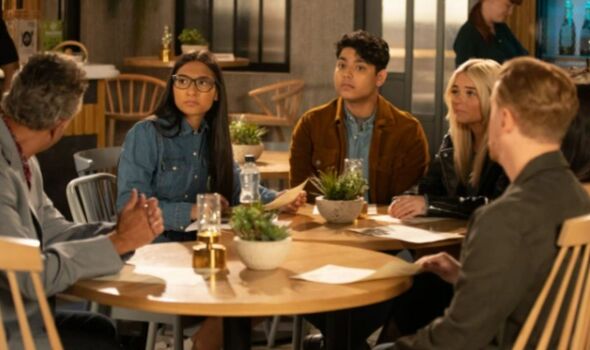 On the way, Aadi left a voicemail for Kelly where he confessed he loved her and soon found his car abandoned and in a mess.

Luckily, Kelly wasn’t far away and soon appeared behind Aadi with the phone to her ear, asking: “You love me?”

Kelly asked how he managed to find her, and Aadi explained: “When we were practising for our interview, you said this was your favourite place.

“I worked out it wasn’t too far to bike, even on Asha’s princess bike. I was lying to Asha, I promise it has been the truth with you.

“How I am in awe, how bright and brave and beautiful. I can’t believe I didn’t say that first, way out of my league. I love you.”

Kelly replied: “I think I might be falling for you too.”

Making their way back to the cobbles, Dev was devastated to see what had happened to the car, before Asha stuck up for the couple, surprising them both.

Away from everyone else, the pair reflected on their whirlwind week before Aadi decided to take the plunge and get down on one knee.

“How is this for living in the moment? Kelly Neelan, for reals this time. I don’t care that my dad thinks you are a bad influence or everybody thinks we are too young,” Aadi began.

“I love you, with all my heart and that is never going to change, so whatever happens with the competition, will you marry me.”

“Yeah alright then I will,” Kelly giggled.

When Dev and Asha find out the pair are engaged, it could start a riot within the family, especially as Dev has high hopes for his son.

The pressure from everyone around them could end up pushing them to marry one another quicker.

Are the pair set to leave Weatherfield for a new life together or could Dev sabotage their relationship to split the couple apart?

'The Young and the Restless' Speculation: Noah Spirals out of Control Because of Tessa