Coronation Street’s Yasmeen Nazir (played by Shelley King) is currently behind bars awaiting trial for her attack on manipulative husband Geoff Metcalfe (Ian Bartholomew). While the Speed Daal chef keeps her silence, Alya Nazir (Sair Khan) has been determined to prove her grandmother’s innocence and may have finally got through to her after dropping a devastating revelation about her abusive husband.

Geoff had been emotionally tormenting Yasmeen for months before the Speed Daal chef finally snapped when her husband threatened to kill her.

Up until the attack, Alya was the only one who realised what Geoff was capable of but she’s on a mission to convince Sally Metcalfe (Sally Dynevor) of Yasmeen’s innocence.

In tonight’s instalment, Sally was horrified when Geoff admitted to using escorts before apologising to Alya for not keeping this information to herself.

Alya discussed her grandmother’s case with Imran Habeeb (Charlie de Melo) and realised she had to use her prison visit to convince Yasmeen to plead not guilty. 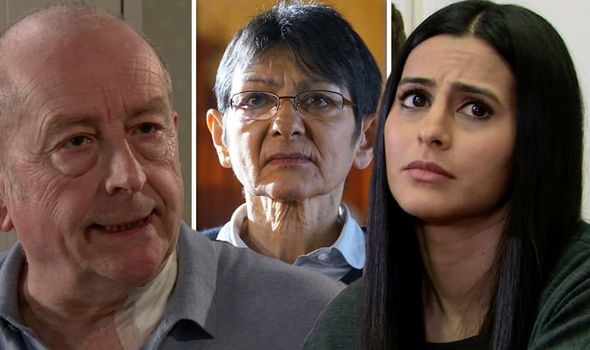 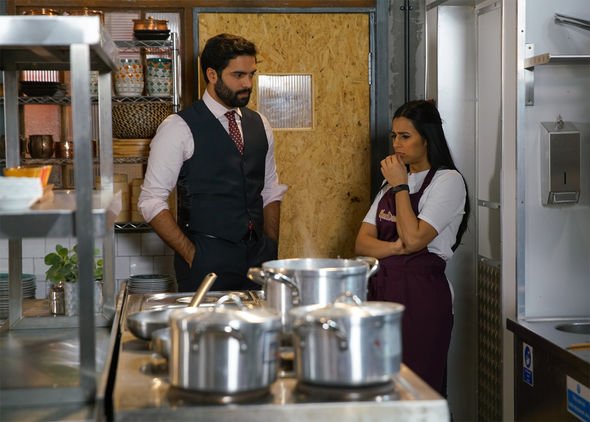 After discovering another way Geoff abused his wife, Alya said: “Chlamydia? Gran that is the worst thing I have ever heard in my life, he contracted an STI from a call girl and passed it on to you.”

“Will you keep your voice down,” Yasmeen pleaded while Alya let her outrage get the better of her.

“And you’re still going to let him win?” Alya asked and Yasmeen said: “I will not mention those women in court. I’m sorry Ayla but there’s a line and I won’t cross it.” 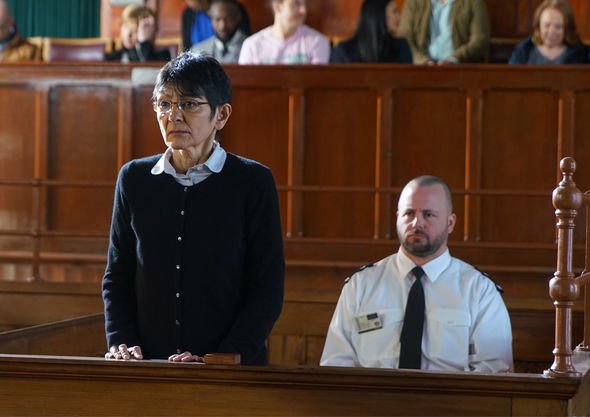 “What line? What are you talking about?” Alya asked. “It’s his reputation you’ll be dragging through the mud, not yours.

“It doesn’t feel that way, so what’s it going to take to make you realise. It’s him that needs to be in here not you.”

“This is a women’s prison,” the Speed Daal chef joked but Alya wasn’t impressed.

“Is that a joke?” she asked and Yasmeen replied: “An attempt at one yes.”

“Neither can I but I would rather be in here than have that come out in court,” Yasmeen explained.

“Gran you cannot sacrifice your freedom over this, look of course it’s going to be difficult and shameful but it wasn’t your fault he drove you to this,” Alya said.

“You can’t spend 15 years in here just because you don’t want a room full of strangers to find out your husband gave you chlamydia.

“Look he was a bully and a liar, he emotionally abused you. Tell the courts shout it from the rooftops but do not let him get away with this.

“Because do you know what if you do he’ll just find someone else and it will happen all over again. This is your last chance, you’re not guilty, tell the truth.”

Yasmeen has kept her silence up until this point as she feels ashamed about her marriage but she may want to stop any other woman falling victim to Geoff.

Has Alya finally got through to her grandmother or will Yasmeen plead guilty and let Geoff get away with the abuse?

Bubble Shows Hopeful For Renewal Amid Pandemic As Decisions Draw Near: Status Report On Series In Limbo