Coronation Street confirmed Gary (played by Mikey North) was the soap’s new super villain after it was revealed he was responsible for the Underworld factory collapse.

And last night, viewers saw him kill arch enemy Rick (Greg Wood) before dragging him through the woods to bury him.

It seems Rick may not be the last either as Gary turns his attention to ex-girlfriend Sarah (Tina O’Brien) who has begun an affair with Adam Barlow (Sam Robertson).

Actor Mikey has teased a darker direction for Gary and hinted Sarah is in more danger than she thought.

“Things are going from bad to worse, his relationship with Sarah is breaking down,” Mikey explained.

“Gary has become almost fixated on Sarah, in the last few weeks he’s so desperate to get her back and try and win her over.”

In last night’s episode, Gary told Sarah: “You can’t give up on us, not now, not today.

“I know things haven’t been good but they’re going to get better. I love you. I love you so much. It’s true.”

When he heard of Sarah and Adam’s romance, he became angry and lashed out at the mum-of-two, aggressively throwing her against the wall.

Could Gary’s actions combined with the Mikey’s comment be suggesting fans can expect Sarah will have to deal with a persistent and threatening ex-boyfriend? 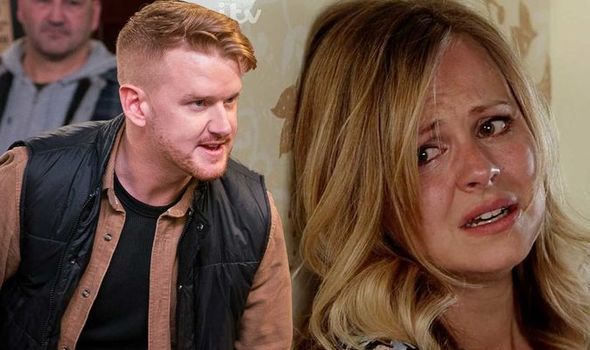 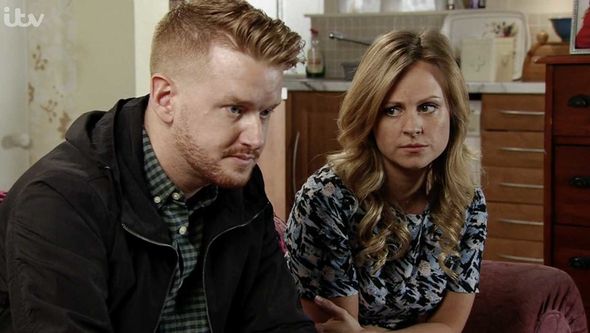 Mikey also spoke about the type of villain his character is going to become.

Making reference to those before him; Pat Phelan (Connor McIntyre) and Rick, he teased: “I think the idea is to go down more of the Mike Baldwin route, whereby he’s more deceptive and sneaky in the way he goes about things.

“There’s been mention and talk of the Gary-Adam rivalry, I think they [producers] are trying to build that up.

“So if we can have some sort of Mike Baldwin-Ken Barlow (William Roache) thin going on that would be great! If we could live up to two Corrie legends.”

As for what’s in store for Friday night’s instalments, Michelle Connor (Kym Marsh) is going to catch Robert Preston (Tristan Gemmill) lying about his whereabouts. 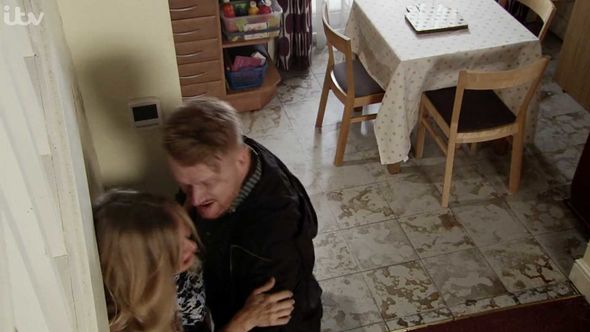 Will Sarah spot the signs of Gary becoming obsessed with winning her back?

Last night, soap fans saw Robert’s plan to propose to Michelle go slightly wrong after he was interrupted by Vicky Jefferies (Kerri Quinn) revealing she is pregnant with his child.

Torn between the woman he loves and the chance to be a father, Robert’s storyline is going to see him lead a double life.

But how will Michelle react when she finds out the truth?

And will Vicky go through with her threat of terminating the baby? 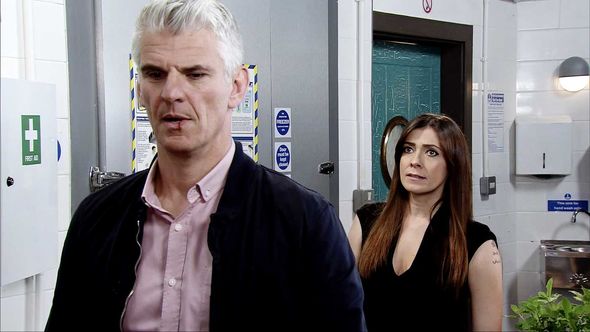 Elsewhere in Coronation Street, Chesney Brown (Sam Aston) is preparing to become a father again but to four children.

During an interview with This Morning earlier this week, the actor spoke out about his storyline and dropped a big spoiler.

Discussing the logistics of filming four babies, Sam explained how they were going to have several extras cast.

As each baby has a double, there will be eight tots on set to help with filming.