Roy (played by David Neilson) hasn’t had much luck when it comes to romance on Coronation Street since the passing of his late wife, Hayley Cropper (Julie Hesmondhalgh) in 2014. The café owner had a brief relationship with Cathy Matthews (Melanie Hill) and was set to walk down the aisle with her but on their wedding day, he admitted he wasn’t in love with his bride. More recently, he has struck up a friendship with Evelyn Plummer (Maureen Lipman), which led many fans of the ITV soap to believe they were going to become a couple. However, with this coupling off of the cards, could the stalwart be set to find love with troublemaker Bernie Winter (Jane Hazlegrove)?

All three agreed they would get another job to ensure they had enough money to keep them afloat, so the matriarch of the Winter clan made a b-line for Roy’s Rolls.

Speaking with the owner, the troublemaker explained her predicament, telling him: “Gemma and Chesney are struggling at the moment, money-wise.

“And I’m only part-time at the kebab shop since Chesney came back, so, I was wondering if there was room for a little one here?

“I’ll take anything. Early mornings, late nights,” she continued, with the stalwart having to tell her they don’t open in the evenings. 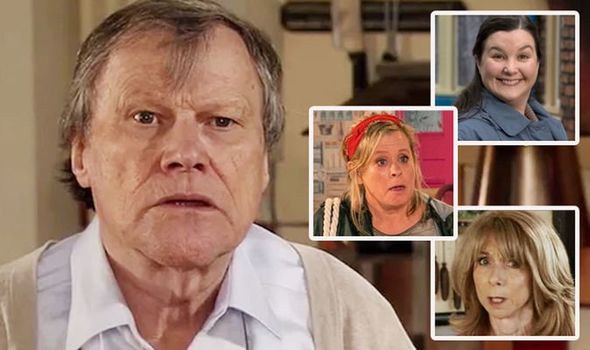 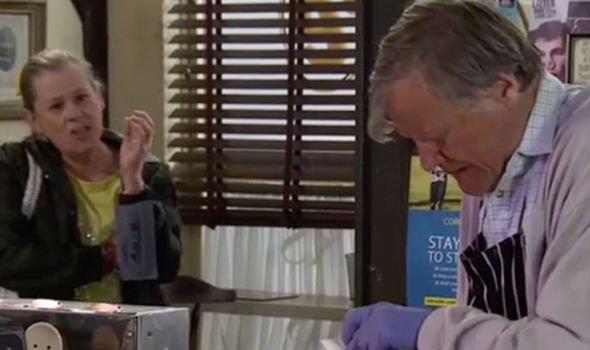 Bernie replied: “That’s just as well because that’s our busiest time at the kebab shop, so, that would be no good.

“And early mornings aren’t great because I like to help out with the babies. Plus, I have my hot yoga three afternoons a week,” she added, giving Roy limited options of when he could make her work.

“So mid-morning?” he said disapprovingly, to which the troublemaker added: “After the breakfast rush, ideally.”

By the second instalment of the evening, it seemed the café owner had agreed to bring the matriarch of the Winter clan onboard. 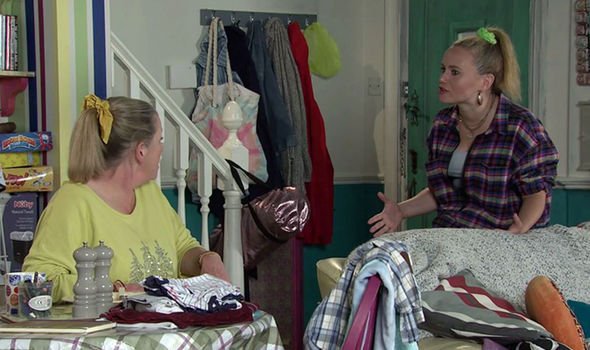 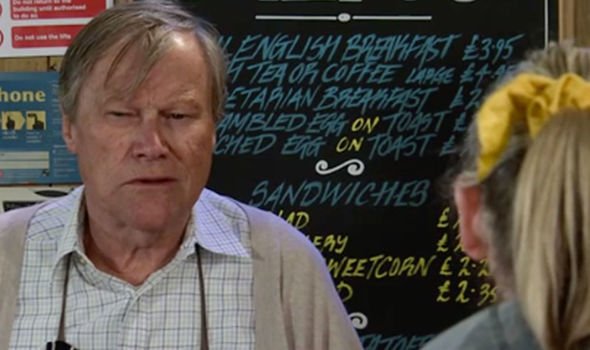 Returning home, she told Gemma and Chesney she was going to be working a few hours at the café to top up her financial contribution to the household.

With the parents of quadruplets also securing more work, it suddenly dawned on the trio someone would need to make a sacrifice to look after the children.

The mother-of-four said she wasn’t going to turn down her extra hours at the Rovers Return, with Bernie also making her stance known.

“There’s no way it’s going to be me, either. They’re your kids, you sort it out,” she told her daughter and her partner.

“I’m more than happy to up my rent – that’s my way of contributing, but I’m not a natural mother, me,” she said.

It seems viewers are going to be seeing Bernie spending a lot more time with Roy, so could a spark develop as they work closely together?

The matriarch of the Winter clan could have used the idea of not looking after her grandchildren as an excuse as to why she didn’t want to give up her new job.

She might not have wanted to let Roy down because she knows she’s already got a soft spot for the soap stalwart.

Since her arrival last year, Bernie has changed somewhat and actress Jane previously said of her character’s U-turn: “The intention was always that I was going to come in and be the most loathed woman in Weatherfield.

“Bernie’s completely out there, there’s nothing boring about her, and that’s great. If I get up people’s noses, bring it on.

“But she’s definitely softening. She’s had to take a long, hard look at the mistakes she’s made, and now it’s time to rectify those.”

Seeing this new side to her and having given her a job at his café, could Roy soon be holding a candle for his employee?

Dog: Impossible exclusive: Matt Beisner on The Zen Dog, ‘no bad dogs,’ and being in tune with your pet