Robert (played by Tristan Gemmill) is currently engaged to Michelle Connor (Kym Marsh) on Coronation Street, who is unaware her husband-to-be is also expecting a baby with Vicky Jefferies (Kerri Quinn).

With Michelle away from the cobbles for work at the beginning of tonight’s double-bill of the ITV soap, Robert turned up on Vicky’s doorstep, worried she was going to leave Weatherfield for a new life in Ireland.

After a confrontation with Vicky’s ex and the father of her son Tyler Jefferies (William Barnett), Robert managed to convince the mother of his child to stick around.

Wanting Robert to unburden himself of Michelle, Vicky turned up on the cobbles to expose his lies but the Bistro chef wasn’t too happy and with a shock outburst towards the mother of his child, the Weattherfield resident could have sealed his fate.

Robert star Tristan, 52, is set to leave the soap in the coming weeks and his character could very well meet a grisly end as he’s murdered in cold blood on Vicky’s orders.

After chasing Vicky back to Weatherfield who wanted to tell Michelle about their relationship, Robert sternly told her: “I told you, that’s not how I want to play it.”

“Because you don’t want to play it at all,” Vicky remarked but still determined to expose Robert, the chef exclaimed: “I said no.

“You’ve gone too far. It’s my life and my call. Back off,” Robert said to a distressed Vicky.

“Best thing you can do for me is to get on the next bus back to Macclesfield,” Robert continued, with Vicky then seen storming off as Michelle retuned to the cobbles just moments after her husband-to-be was rowing in the street.

Charming as ever, Robert managed to sweet talk Michelle but Vicky didn’t get the same reception, so could she now be set to plot revenge on the father of her child? 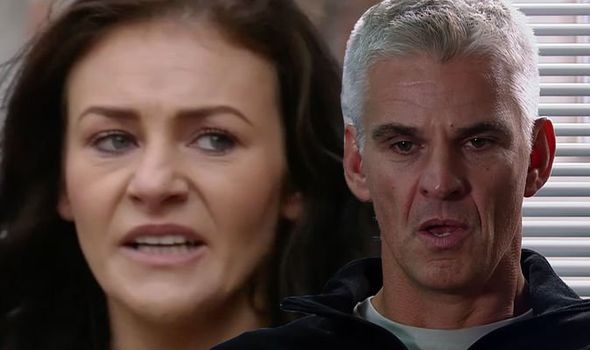 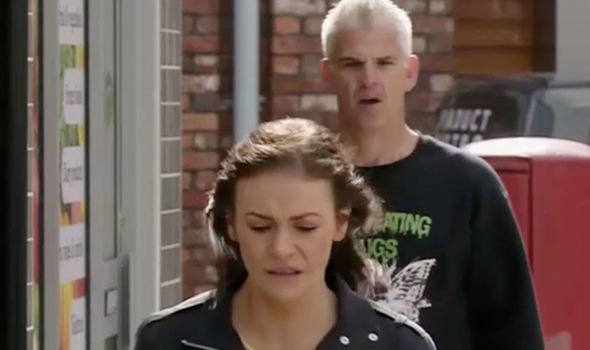 Viewers will remember Vicky arrived on the ITV soap last summer as the mother of wayward teen Tyler, who was causing trouble for Simon Barlow (Alex Bain) as well as getting Amy Barlow (Elle Mulvaney) earlier this year.

With Tyler having a vicious streak within him which he’s tried so hard to dampen, could it be his mother Vicky who sets him back down a dark track by ordering him to murder Robert?

Only wanting what’s best for his mother, will Tyler follow through with the revenge plan to get rid of Robert once and for all?

Actress Kerri Quinn recently revealed the conclusion for her plot with Robert has not yet been confirmed.

“Vicky and Michelle are both quite strong fiery women, I would be terrified if I was Robert,” Kerri told Metro.co.uk. 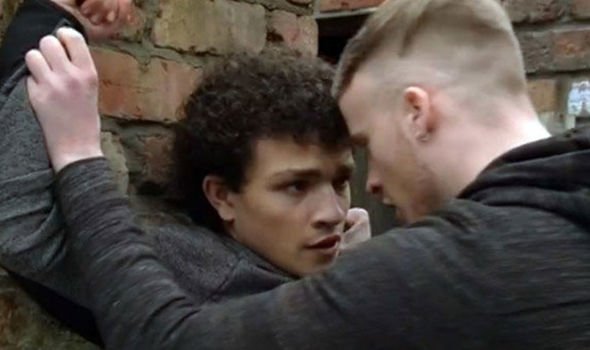 “We’re hearing stories but nothing set in stone, so I don’t know how it’s going to play out but I’m sure they will eventually find out about each other,” the soap star said.

Could Robert’s murder be the epic end to both Tristan’s time on the soap and the life of the latest love rat to grace the cobbles?

Although the end has not yet been confirmed, Kerri said her character will be departing the soap as the plot comes to an end.

“I think the difficulty there is how, because she has no link to the street. Nobody really likes her, she has no friends, so it’s hard, how you do it,” Kerri said of her character staying on the soap.

Will Vicky be put behind bars alongside Tyler for ordering Robert’s death?

The Chase: ‘Are you winding me up?!’ Bradley Walsh hits out at contestant after blunder