Last week, Danny found out that he had been offered a new job opportunity in London but feared this would mean an end to their relationship. 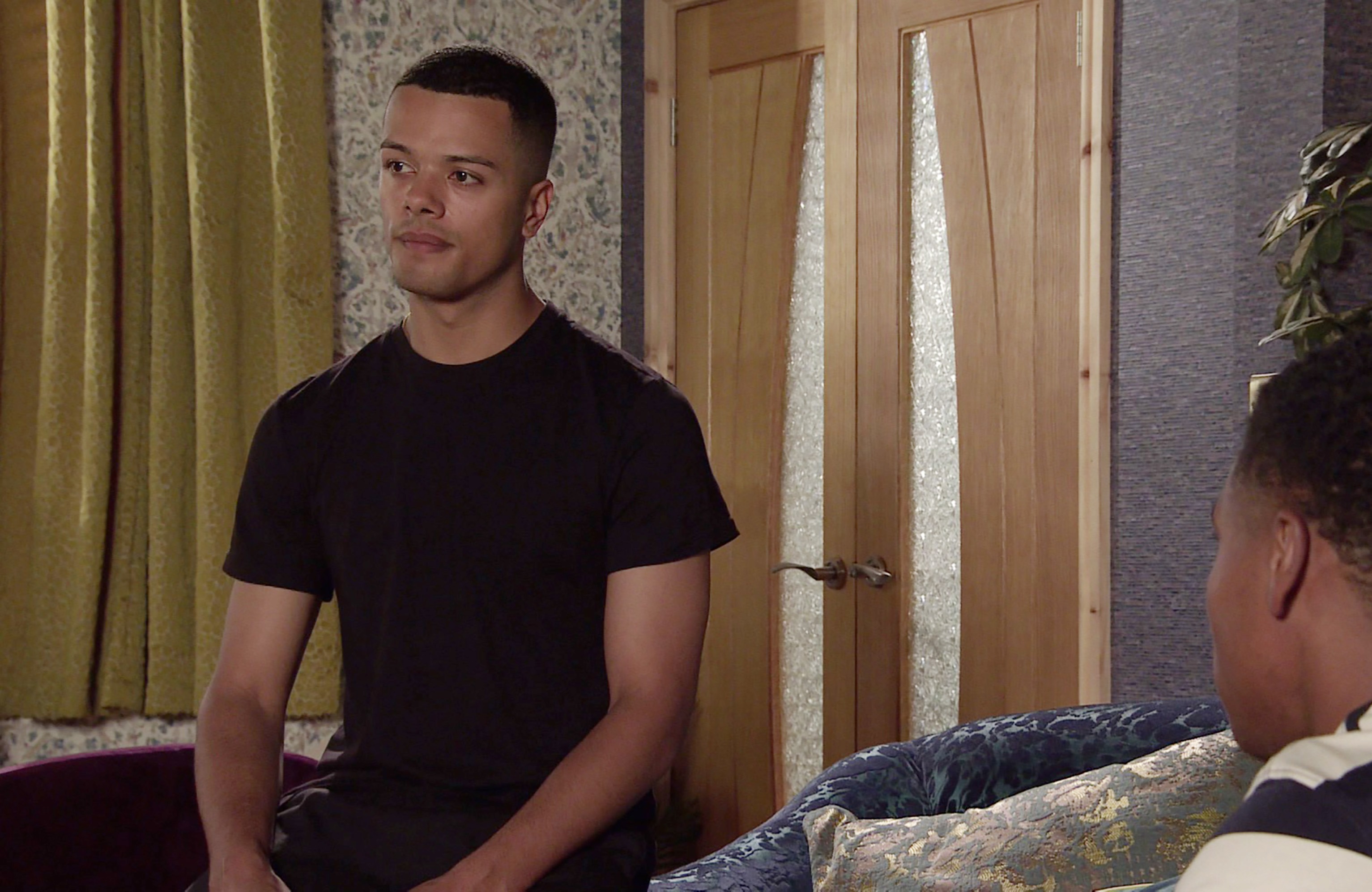 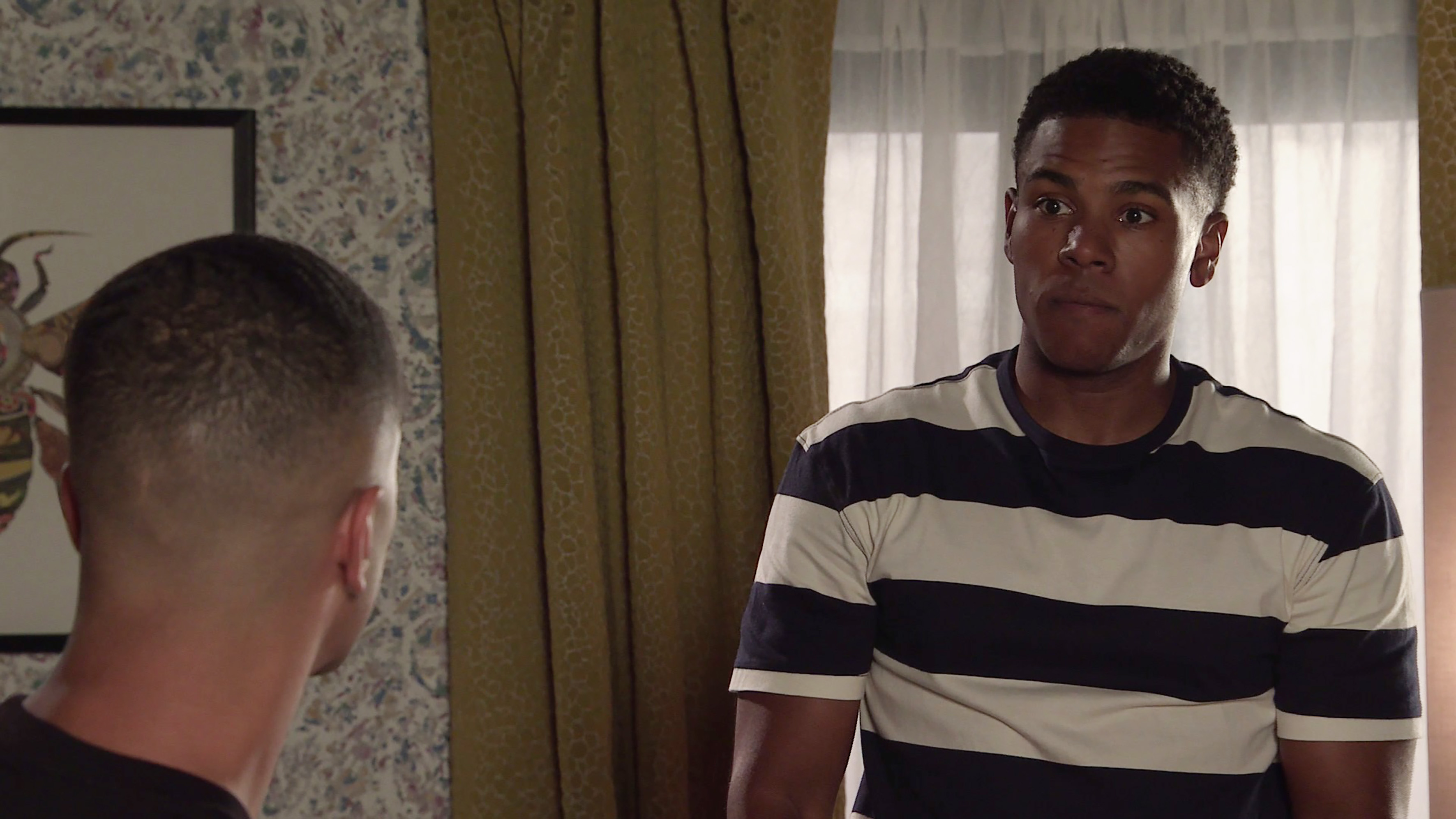 Next week, James' uncle Ronnie will learn that Danny turned down the work offer, before pulling James to one side and urging him to speak to his partner and convince him to take the job.

The young footballer – who is played by Nathan Graham – then confronts Danny and demands to know if he will be leaving Weatherfield.

As the pair discuss the job offer, James realises how happy Danny is when talking about the new opportunity.

He then urges Danny to follow his dream even if it means their relationship ending.

But what will Danny decide?

James knows how important a job can be, after an injury earlier this year nearly cost the footie star his career.

James suffered a devastating leg injury after being stopped by a racist police officer while test driving a sports car.

The situation quickly escalated and James tripped over and injured his leg.

James's complaint that they had been racially profiled by the officer was initially dropped by the police, causing him to appeal and persuade witness Craig Tinker to be re-interviewed and tell the truth.

He later receives a letter from the police upholding his complaint and giving an official apology.

PC Brody (Daniel Jillings) then calls at No.3 to apologise to James in person.

When he still insisted he’s not racist, James explains he made a judgement based on appearance and urged him to do better.

Inspired to use his platform to improve things, James calls the Weathy County PR team and highlights the lack of black managers at the club.

James suggested they should train some of their talented black players to become managers and is thrilled when the idea is well received.

Impressed and proud of a motivated James, Aggie and Michael convinced him to go for it himself, with him agreeing to take on the role. 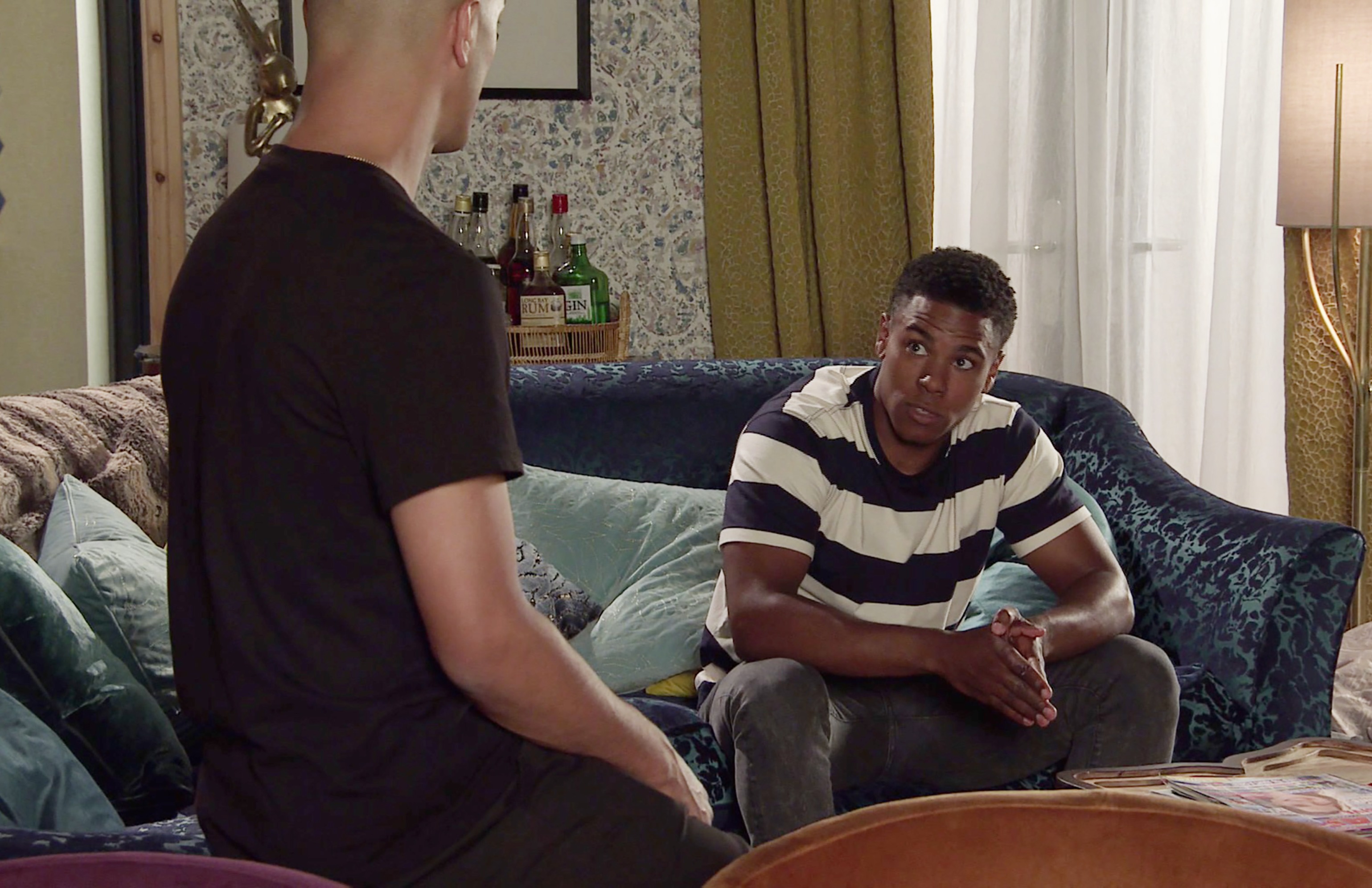 Emmerdale’s Sarah Sugden collapses and receives news about her donor