In last night’s double-bill of Coronation Street viewers discovered baby Bertie was being looked after by Carla Connor (played by Alison King) and Peter Barlow (Chris Gascoyne). The fan-favourite couple were looking after the little one as a favour to parents Sinead Tinker (Katie McGlynn) and Daniel Osbourne (Rob Mallard).

Beth Tinker (Lisa George) was less than impressed by the move and was annoyed she hadn’t been asked instead.

One said: “Nah so happy Carla and Peter are looking after little Bertie #Corrie.”

“Everyone stop what you’re doing Peter and Carla have Bertie!!!!! #Corrie,” a second said. 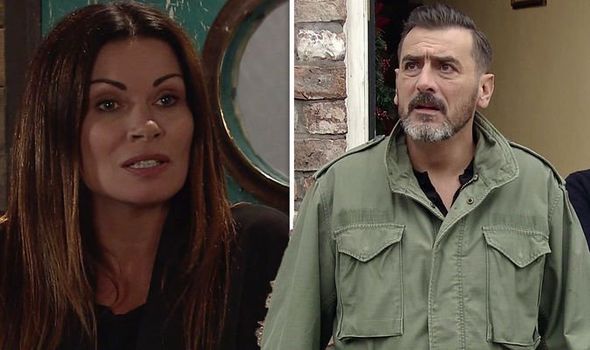 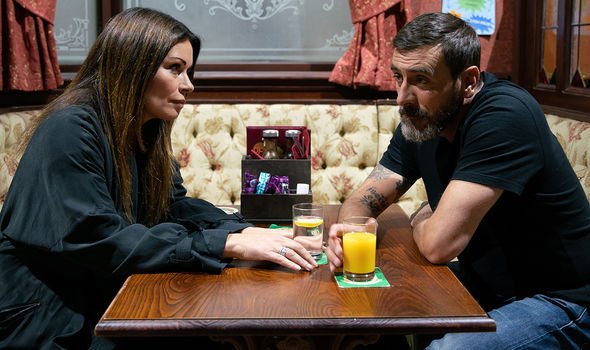 Another wrote: “Omg Peter and Carla have Bertie #Corrie.”

But hopeful fans were left disappointed when they realised they wouldn’t be seeing the babysitting scenes.

One said: “@itvcorrie I LOVE that Peter and Carla are playing uncle and auntie with Bertie so thank YOU!!!

“What’d be nice is if you were to show us these quality scenes ya’know… considering we were deprived of them with their baby girl #Corrie.” 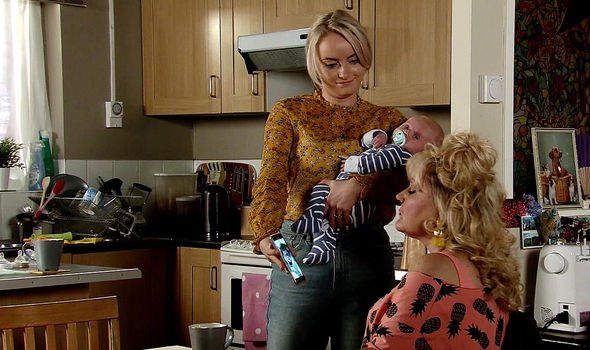 Another wrote: “Bertie’s back and STILL no Carla and Peter Corrie you playing us now #Corrie.”

“Corrie doing that shot to show the door in the cafe where Carla and Peter probably are with Bertie is just pure tease,” another said.

“Would it kill @ITVCorrie to let us see Carla & Peter with Bertie? It would honestly be one of the best scenes of the entire year. #Corrie,” a fourth added.

Another tweeted: “’Peter and Carla have Bertie’ OH MY WHY DONT WE GET TO SEE THESE SCENES!!! #Corrie.”

Elsewhere, Robert Preston (Tristan Gemmill) will lose control over his double life when he’s involved in a tragic car accident.

Viewers will know the restauranteur has been trying to keep the two woman he’s engaged to a secret from one another.

Michelle Connor (Kym Marsh) reunited with Robert earlier in the year before he discovered his girlfriend, Vicky Jeffries (Kerri Quinn) was pregnant.

Recently the two-timer accidentally proposed to Vicky and now it looks like he’s finally going to be exposed.

An insider told The Sun: “Robert’s speeding in Michelle’s car when he crashes into a lorry.

“He’ll be rushed to hospital after the horror car crash but that’s just the beginning of his problems.

“Both his fiancées Michelle and Vicky will be terrified when they hear what’s happened and head to the hospital to be with him.”

Will Robert be able to talk himself out of trouble or will the truth finally be revealed?

'Counting On' Fans Are Going Crazy Over Jinger Duggar's Shoes

Vanessa Lachey Celebrates Her 8th Wedding Anniversary to Husband Nick: 'Glad We Found Each Other'