David (played by Jack P Shepherd) has been dealt blow after blow since he married his wife Shona Ramsey (Julia Goulding) just before Christmas on Coronation Street. With their marriage now on the rocks, the father-of-two has been in limbo, doubting whether he has a future with his beloved. As his ordeal continues, the troubled ITV soap character could turn to medicinal purposes to put his mind at ease, with hints of his downward spiral teased in last night’s double bill.

Having been diagnosed with amnesia after being shot on Christmas Day, Shona has no recollection of her life with her husband, only holding memories of her life before she met him.

This has meant she has been in regular contact with her killer son Clayton Hibbs (Callum Harrison), who is serving a sentence in prison for holding her hostage and murdering David’s late wife, Kylie Platt (Paula Lane).

Although her beloved has been doing everything in his power to trigger his other half’s memory of their time together, she has refused to see him after being transferred to a rehabilitation centre in Leeds and has now asked for a divorce.

Wallowing in self-pity, last night’s trip to Weatherfield saw the father-of-two becoming somewhat reckless after turning to the bottle, but is this a teaser of things to come? 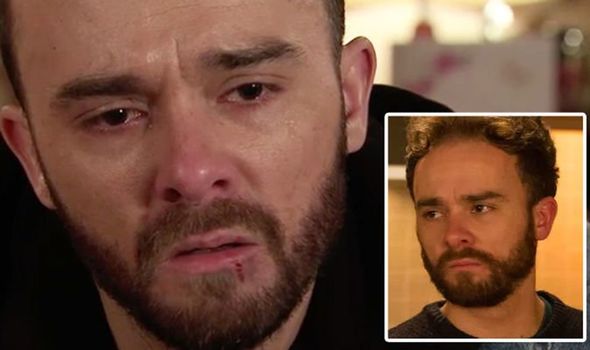 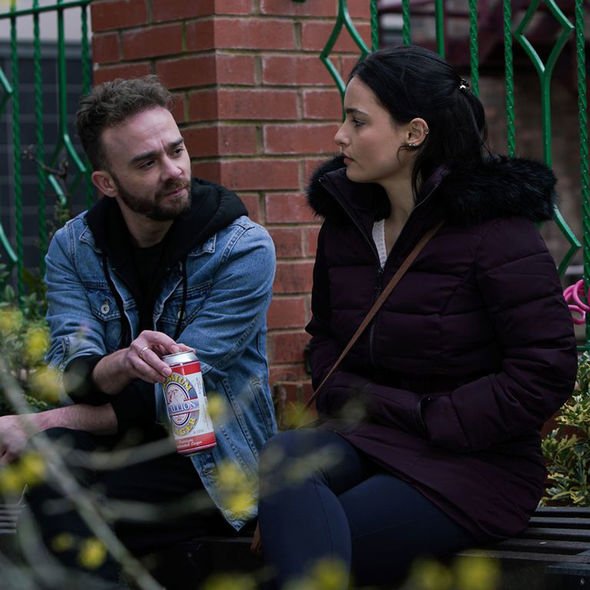 With a four-pack of beers in hand after hearing about his wife’s wishes to end their marriage, the barber began drinking away his sorrows.

Wanting a partner to join in with his alcohol binge, David stumbled across another lost soul, Alina Pop (Ruxandra Porojnicu) and after some persuasion, she joined him.

The pair later headed back to her flat where they almost slept together but they were interrupted by her jealous ex-boyfriend, Seb Franklin (Harry Visinoni).

Once he was booted out after his drinking buddy learnt the truth about his marriage, it wasn’t long before he was heading to the Rovers Return. 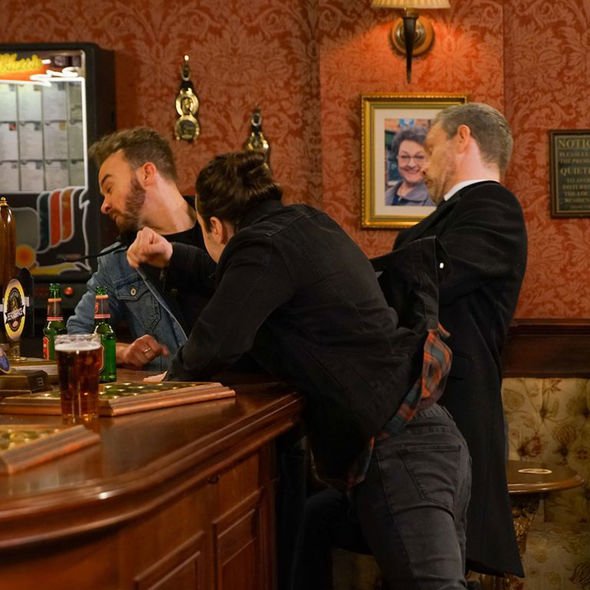 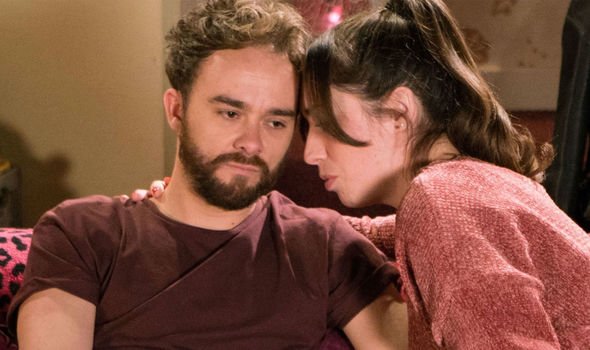 However, the father-of-two got into a tussle with Seb when he toyed with him about kissing Alina and it was down to brother Nick Tilsley (Ben Price) to break things up.

When the siblings got home, David revealed he caused a scene so he could “feel something” with yet another can in hand, seemingly admitting defeat.

“You can’t give up on your marriage. What if Shona gets better?” the Underworld factory boss asked his wayward brother.

“What if she recovers her memory and wants to see you? What are you going to say? ‘I’ve been getting into fights. I’ve been sleeping around while you’ve been in rehab’. “

She’s not going to get better

“She’s not going to get better,” a defeatist David said, with no hope about his future with Shona as husband and wife.

Once his brother left him, the troubled character broke down, with his struggles about his heartbreaking loss more evident than ever.

Viewers praised these scenes by viewers of the soap, who theorised this was the beginning of a very sad turn in the father-of-two’s latest storyline.

One wrote on Twitter: “@JackPShepherd88 @itvcorrie #Corrie ….. Wow what an actor, so emotions for David in 1 episode. Totally brilliant.”

Another added: “That scene with Nick and David was dead wholesome @itvcorrie #Corrie,” to which a third posted: “Why has a fictional show got me so upset. Why is my heart shattering for David #corrie.”

Whilst a third commented: “omg David crying is making me cry. David is so precious, he doesn’t deserve this #corrie.”

The troubled character did go off the rails after he was raped by sinister Josh Tucker (Ryan Clayton) a couple of years ago.

Could the threat of divorce lead him to turn to the bottle more frequently, however?