Coronation Street tonight (Monday, July 1) sees Geoff Metcalfe (played by Ian Bartholomew) ramp up his controlling behaviour towards Yasmeen Nazir (Shelley King). Geoff Metcalfe will start engaging in what is called coercive control or gaslighting as he makes Yasmeen believe things that aren’t real and separates her from family members like Alya Nazir (Sair Khan). Ian Bartholomew has also spoken about the dark directions his domestic abuse plot will go in on the ITV soap.

What is Geoff Metcalfe doing to Yasmeen Nazir?

Women’s Aid defines coercive control as: “An act or a pattern of acts of assault, threats, humiliation and intimidation or other abuse that is used to harm, punish, or frighten their victim.

“This controlling behaviour is designed to make a person dependent by isolating them from support, exploiting them, depriving them of independence and regulating their everyday behaviour.”

Coronation Street viewers will see Geoff and Yasmeen’s coercive control storyline play out over the coming weeks on the ITV soap.

WHERE IS CARLA CONNOR ON CORONATION STREET? 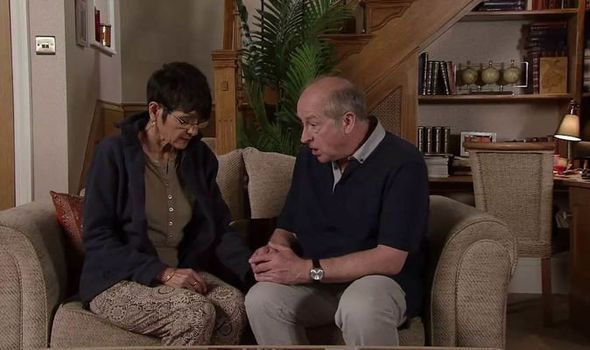 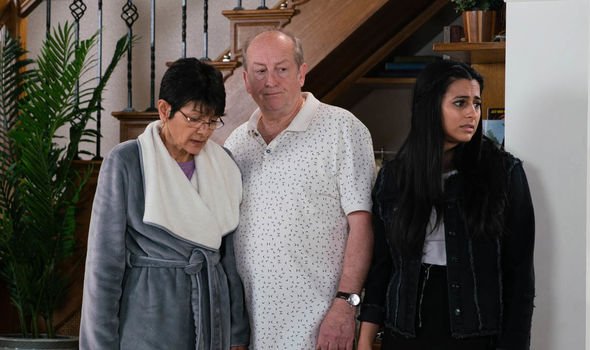 For example, at the end of Monday’s second episode, Geoff helps convince Alya that it may be time for her to move out of the family home.

This would leave Yasmeen more isolated and easier to control by Geoff.

Writing on Facebook in October 2018, Women’s Aid defined gaslighting, which is named after 1944 film Gaslight, as: “One tactic of coercive and controlling behaviour that aims to make a victim doubt themselves, their perception of events and even their own sanity, with devastating consequences.”

CAN YOU VISIT THE CORONATION STREET SET? 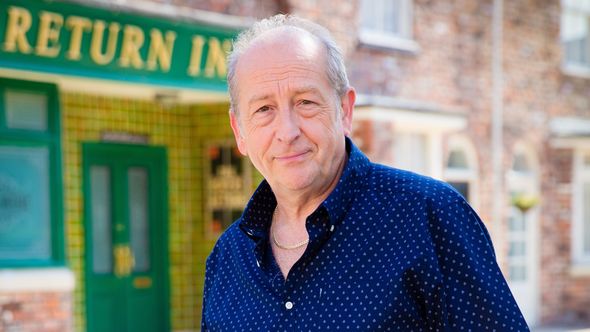 Monday’s Corrie starts in the aftermath of a ‘burglary’ of Yasmeen’s house which sees items of sentimental value like jewellery and photo frames stolen from her.

However, it is then revealed that Geoff has actually staged this robbery to undermine Yasmeen’s feeling of safety, making her more reliant on him.

Geoff actor Ian Bartholomew has teased that this is just the beginning of his coercive control of Yasmeen.

He said: “For the first few months it was “nice Geoff”, “funny Geoff” and “silly Geoff”.

“But now it is slowly starting to become apparent that there is something missing in Geoff’s psychological make-up.

WHO ARE THE NEW FAMILY IN CORRIE? 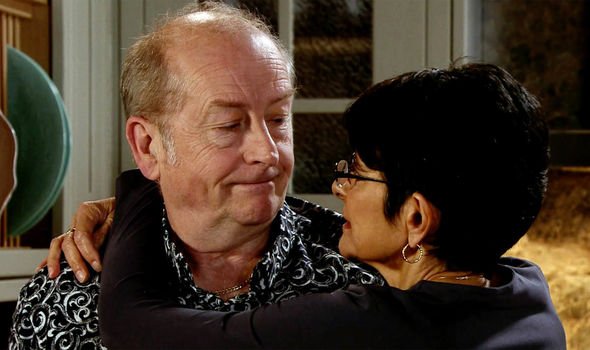 “He is misguided which becomes unpleasant and then we will see the true extent of his behaviour in how the story develops.”

The actor praised Corrie bosses for the storyline, saying: “It is something that happens in our society much more than we understand, it is very prevalent.

“Highlighting something like coercive control, I hope it will make people who are perpetrators of this abuse think about their behaviour but I also hope it gives victims of this sort of behaviour a way of realising that they are not alone and if it helps them do something about it then we have achieved something very important.”

If you have been affected by coercive control or other forms of domestic abuse, contact the National Domestic Violence helpline on 0808 2000 247