CHLOE Ferry risked a bikini mishap in a revealing pink two-piece as she embraced some 'me time' for a solo party in her hot tub.

The Geordie Shore babe recently had her garden renovated and the plush bubble pool is, quite rightly, the centre of attention. 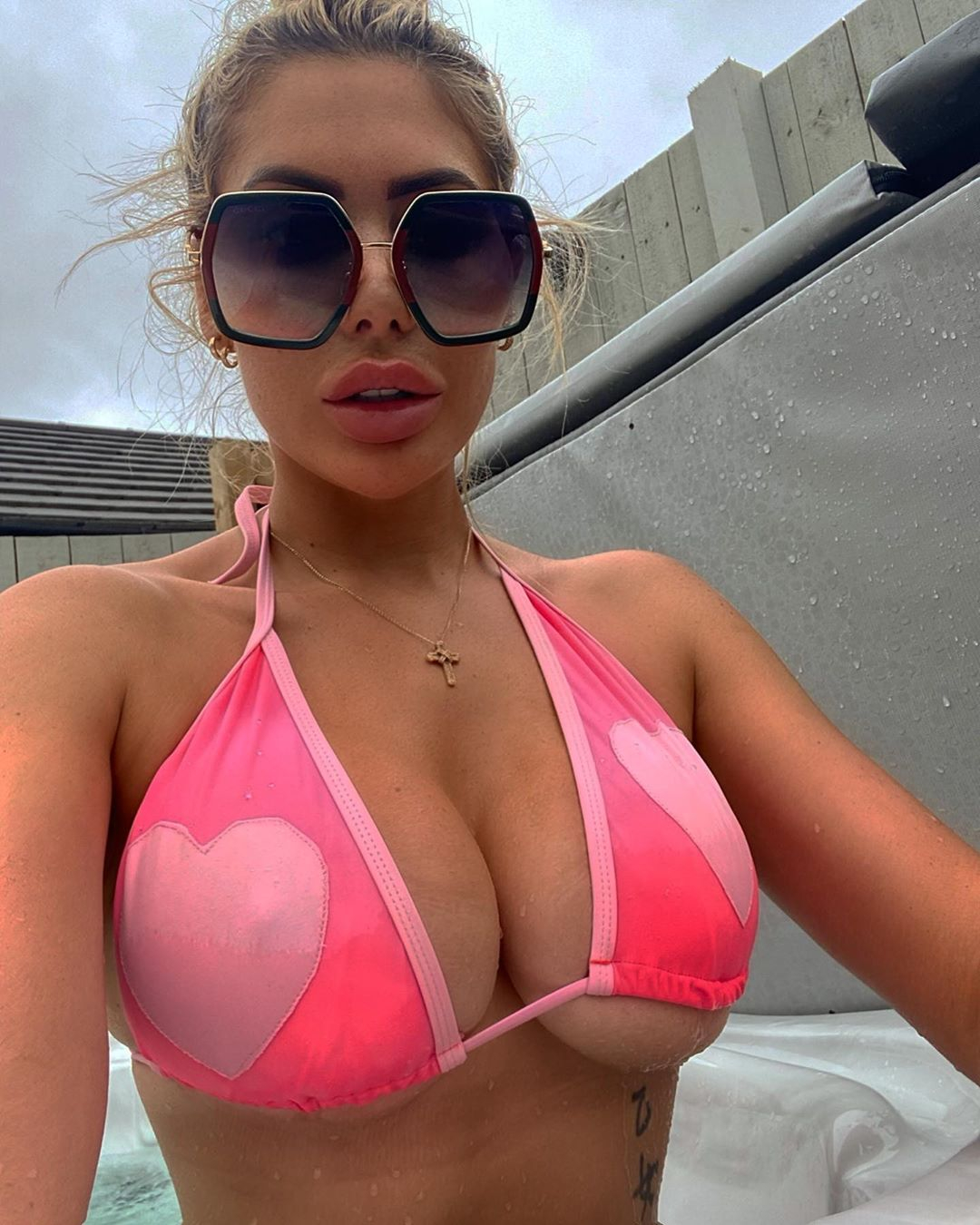 Chloe, 24, has been spending lockdown on her own but decided to dress for her self-care day in stunning swimwear with two pink heart patches stitched across her chest.

The high hemline of the bikini top flashed a significant amount of underboob and the tanned TV star accessorised with a simple gold crucifix chain and huge geometric sunglasses.

She gave a sassy pout to the camera as she took a selfie which she captioned with the words: "Hot tub party on me own."

Her celeb mates were quick to gush over the snap, with Love Island babe Gabby Allen writing: "So fit." 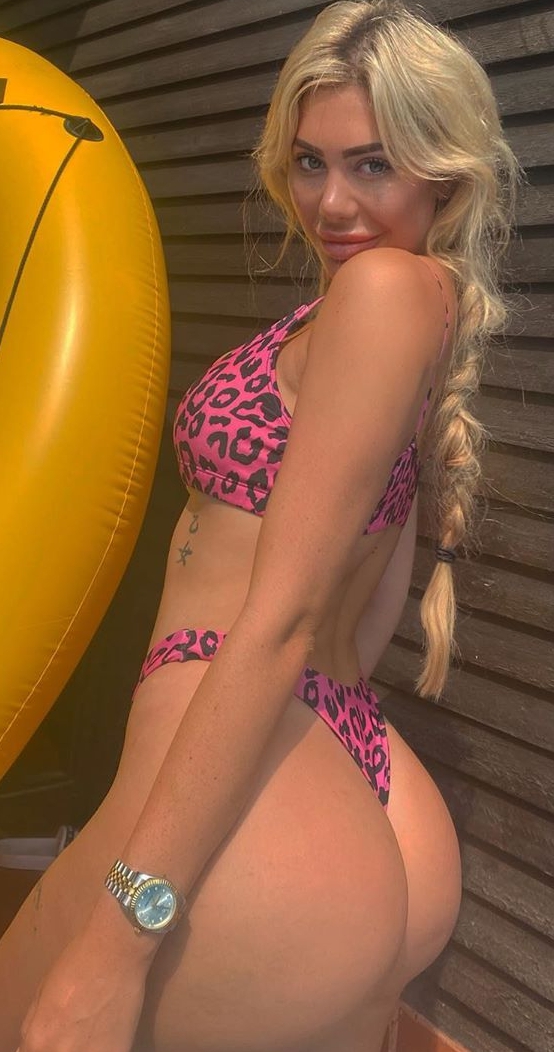 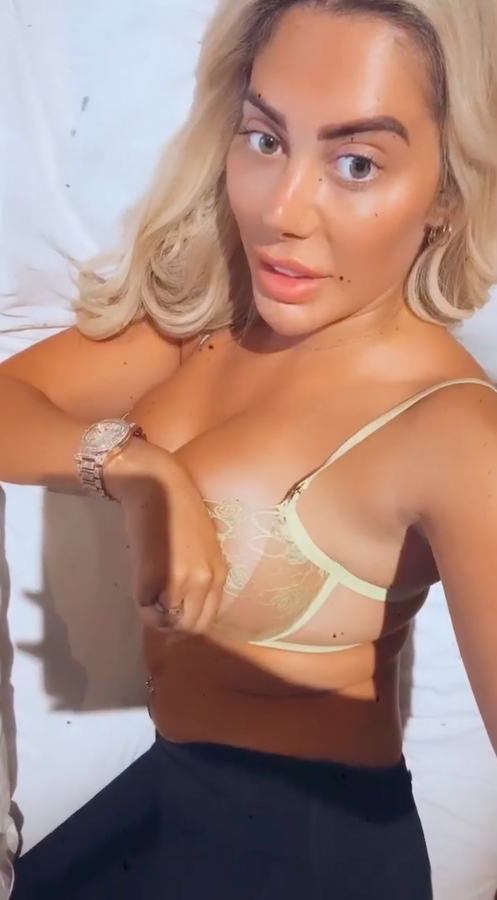 One fan then quipped: "Neighbours be like," followed by two wide eyes as another quizzed: "Room for one more?"

Despite their rollercoaster relationship, fans were stunned to learn of their rendezvous after believing their romance was dead in the water. 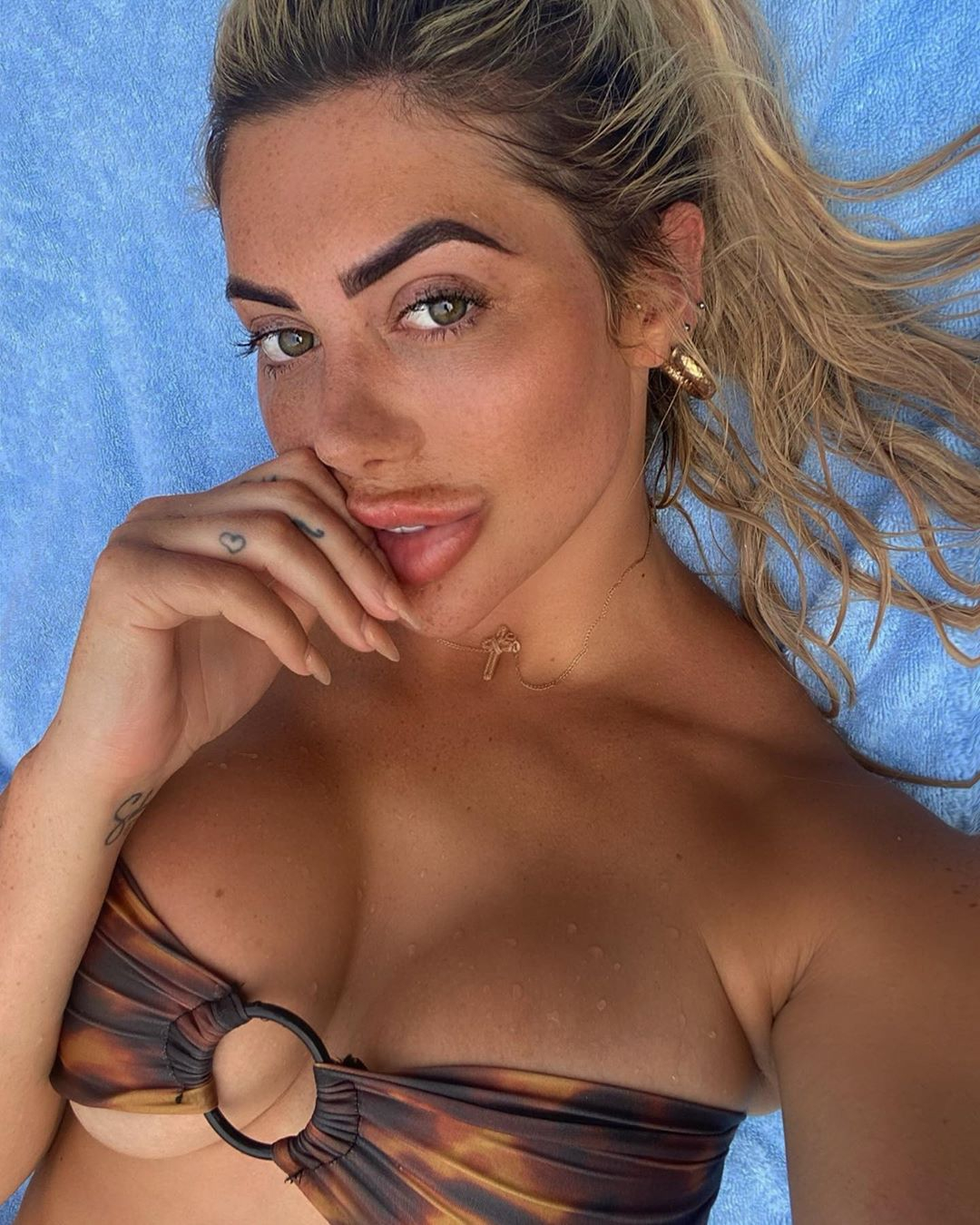 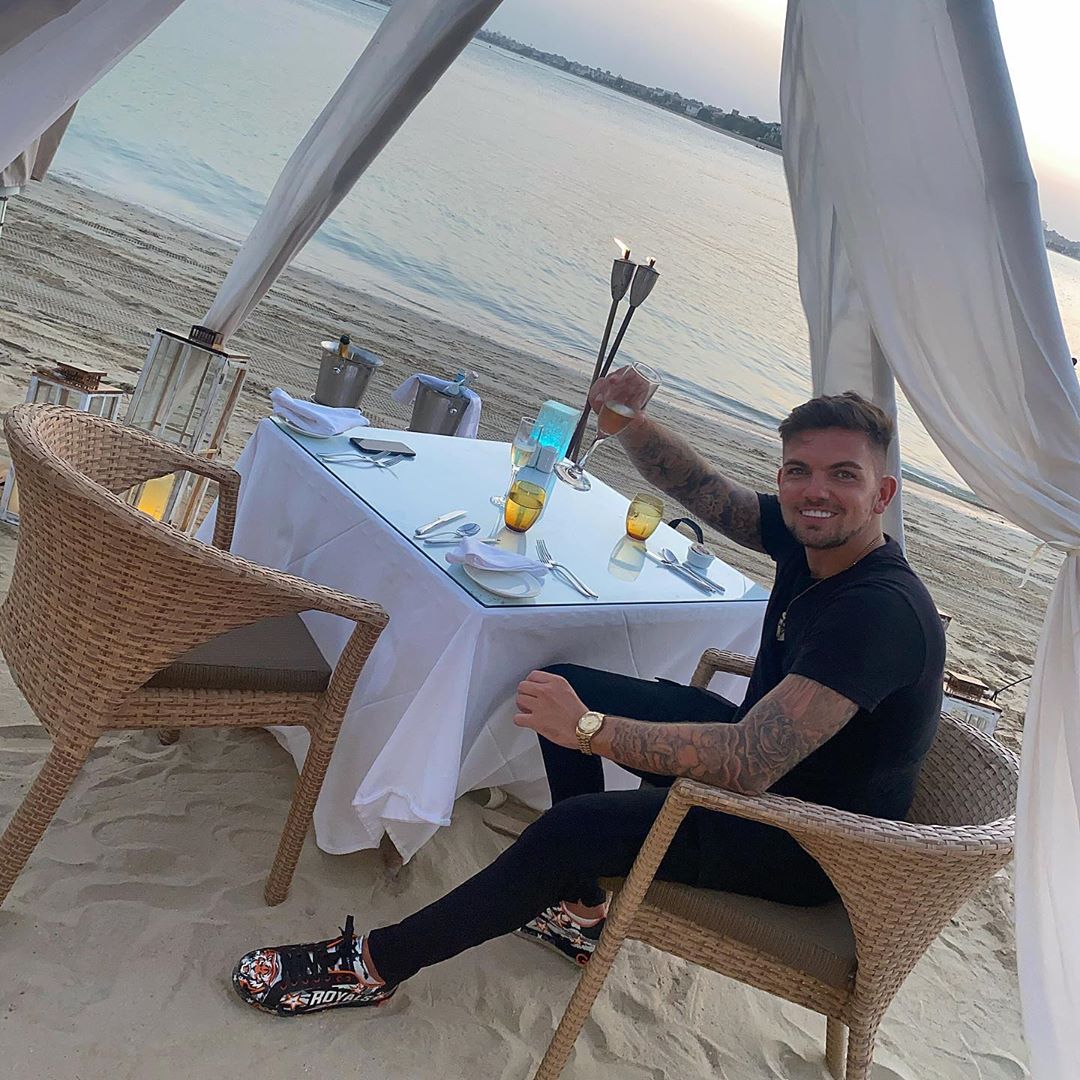 Despite apparently ending it for good in February, their followers have spotted clues they're back together again- even though they're trying to keep their rekindled romance under wraps.

Chloe recently told her Instagram followers she was flying out to Ibiza for a holiday out of lockdown.

But she gave the game away when fans noticed she was posting the same backdrops as MTV star Sam in Dubai.

Pictures shared on Instagram show the hotel doors where they've both taken selfies are identical.

A source told The Sun: "Chloe's taking it really slowly and she's keen to keep it quiet as her friends will all be furious after all the drama. It's a chance for them to reconnect."

RHOBH: Denise Richards Storms Out of Kyle Richards' BBQ After Being Accused of 'Mom-Shaming'