CARL Ruiz, the celebrity chef, had his cause of death revealed on Wednesday.

The Food Network star, who passed away on September 21 aged 44, suffered a heart attack while he slept. 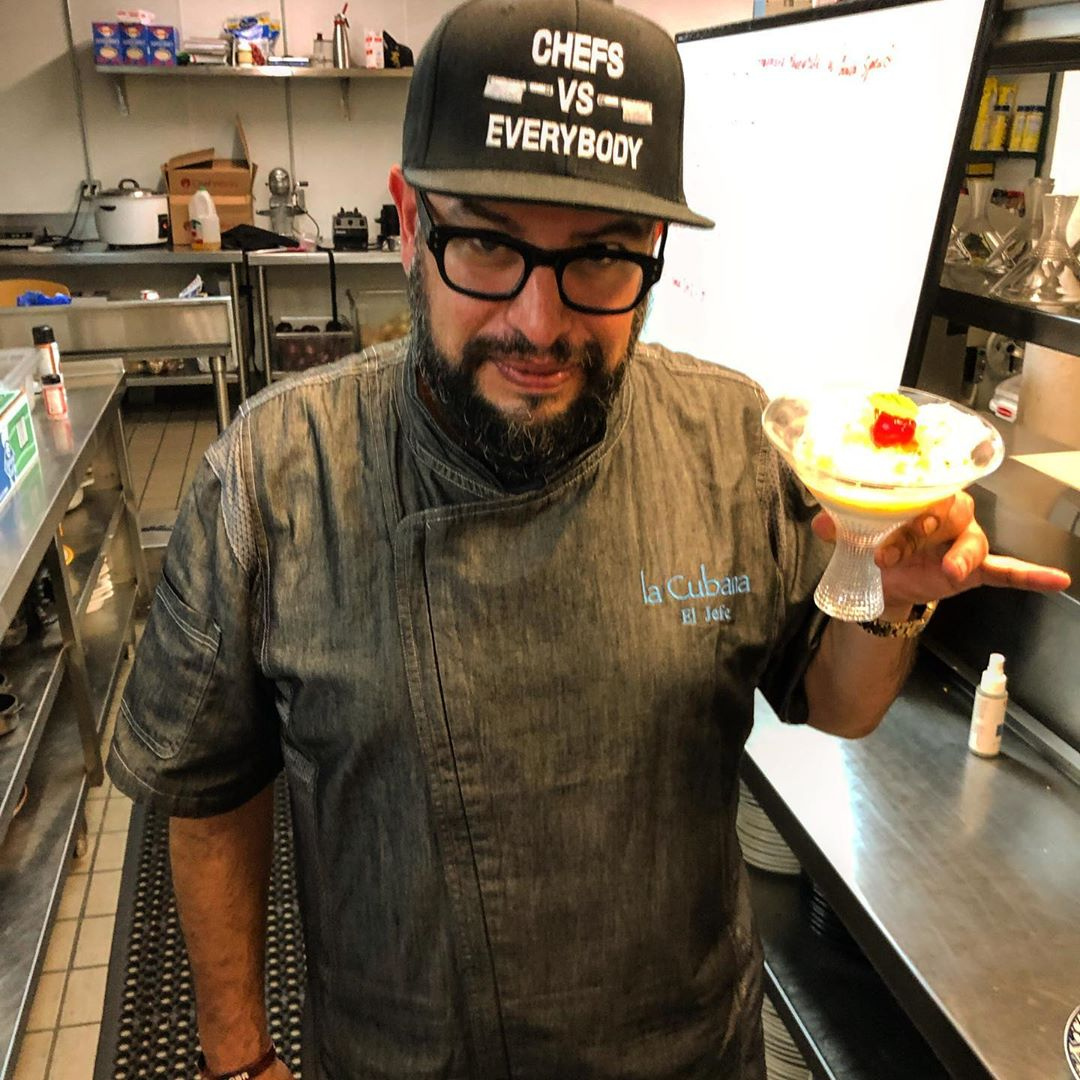 He succumbed to atherosclerotic cardiovascular disease, according to the Maryland Department of Health, which is typically a buildup of fats, cholesterol and other substances in arteries which restricts blood flow – and can cause heart attacks and strokes.

Ruiz's sudden death was listed as "natural" and no foul play was suspected, according to TMZ.

The chef – who was known as "The Cuban" – was best known for his roles on foodie shows with pal and celebrity restaurateur Guy Fieri. 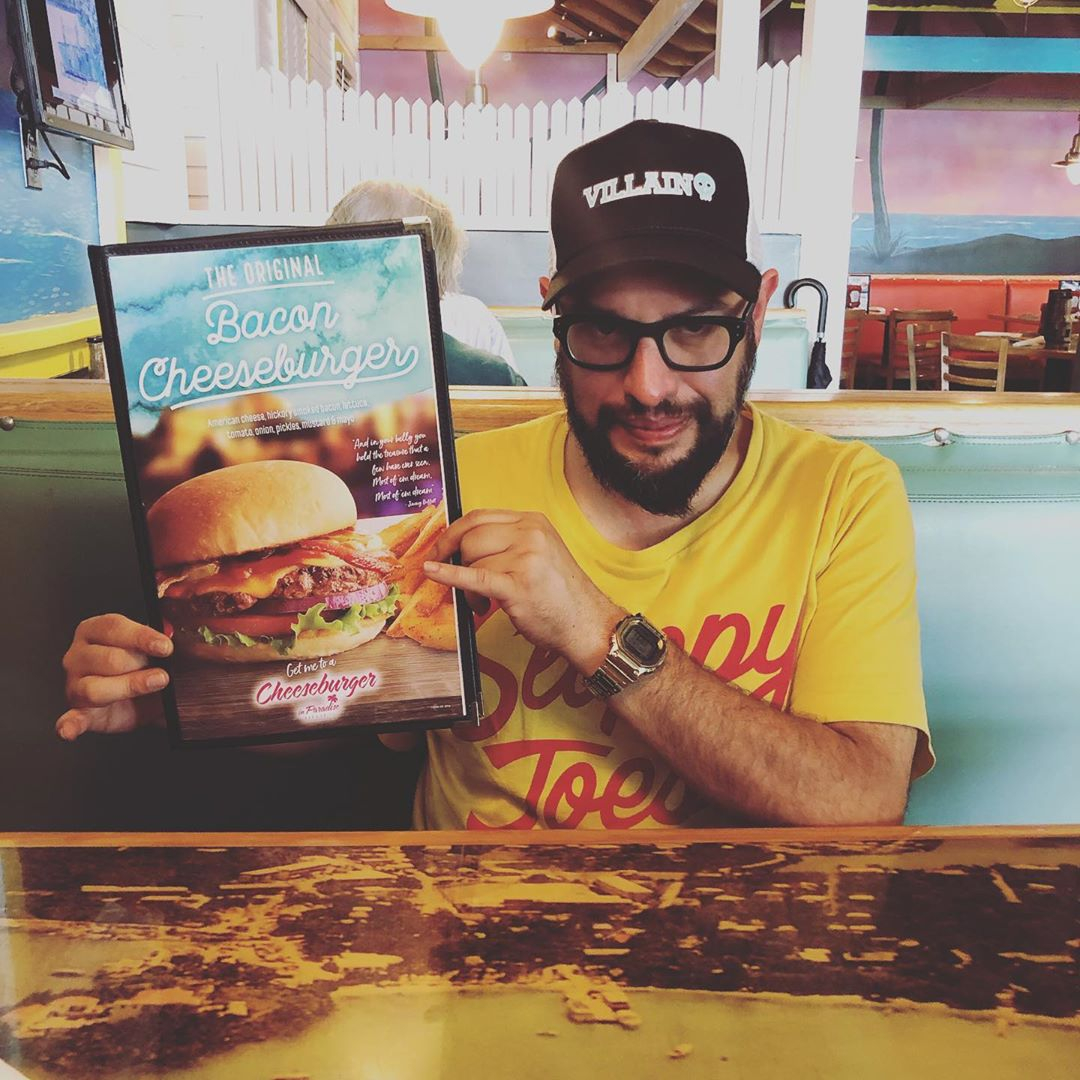 He was a regular on the channel after first appearing on Diners, Drive-Ins And Dives.

Carl went on to star on Guy's Grocery Games and Guy's Ranch Kitchen and Guy expressed his grief at losing his pal.

"Today I say goodbye to one of the greatest friends and chefs I ever knew," he wrote on Twitter on Sept 28th.

"He lived life to the fullest, and loved it all. We will miss you Carl," he added. 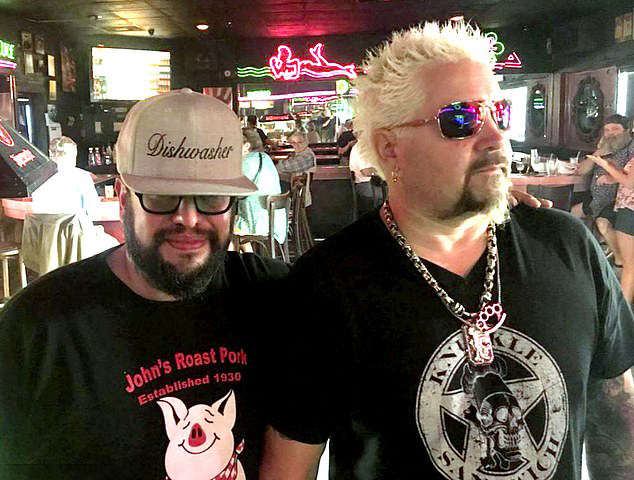 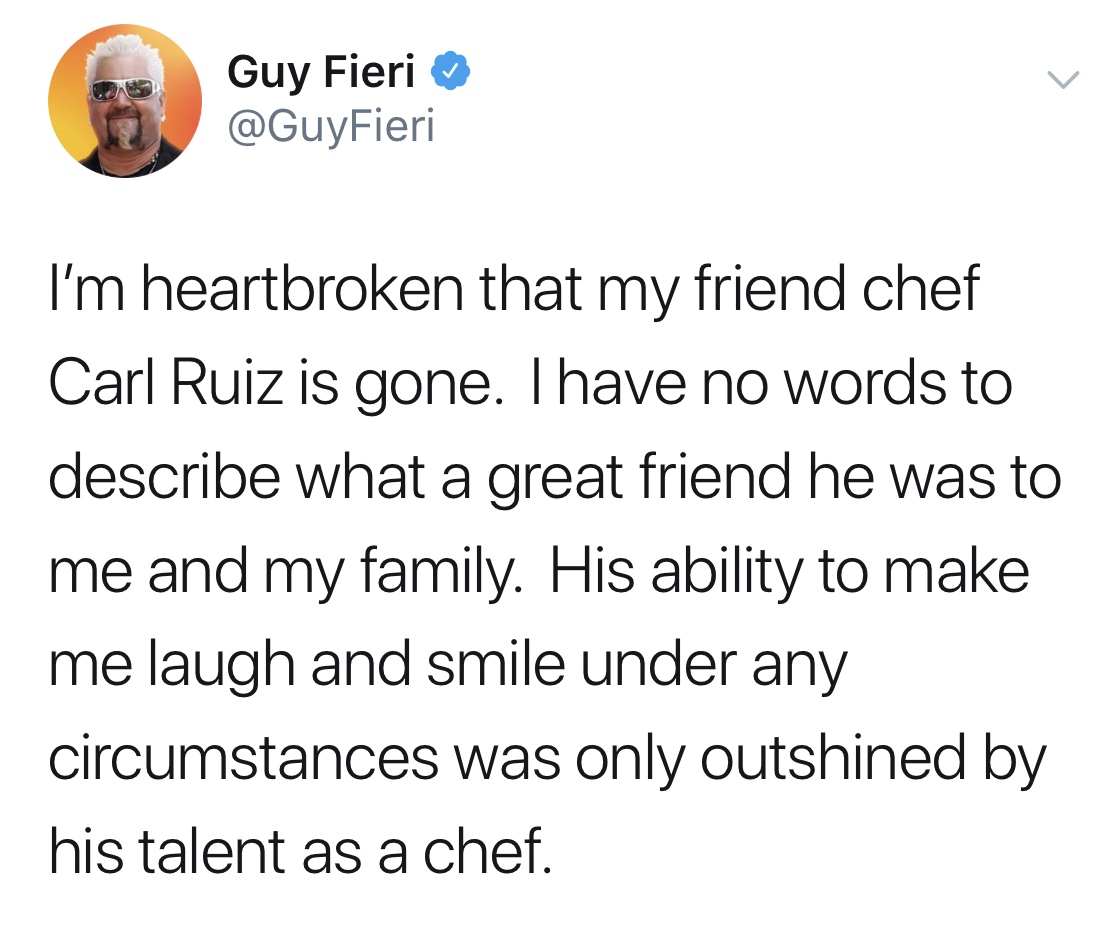 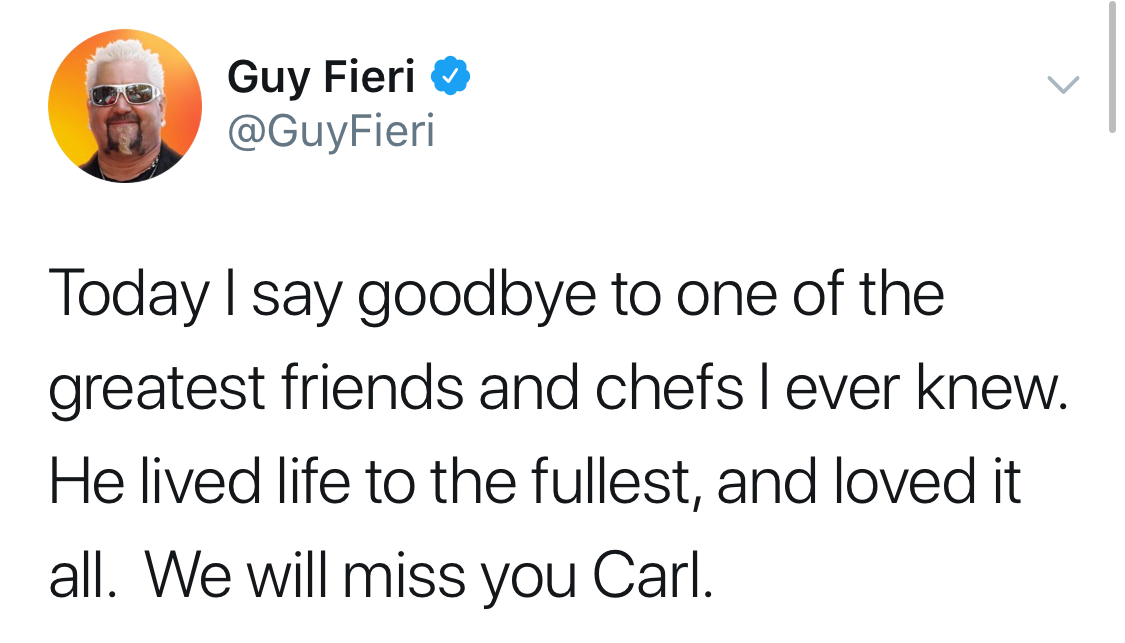 The Cuban-American previously owned Marie’s Italian Specialities in Chatham Township, New Jersey, with his ex-wife, Marie Riccio, and was well-known for his knowledge of Spanish food.

"I'm heartbroken that my friend chef Carl Ruiz is gone," Fieri wrote in a heartfelt tribute, when the news first broke.

"I have no words to describe what a great friend he was to me and my family. His ability to make me laugh and smile under any circumstances was only outshined by his talent as a chef."

Ruiz opened La Cubana in Manhattan's Meat Packing district in June, specializing in authentic cuisine from the island nation of his roots.