Last week on the BBC hit medical drama, viewers saw Duffy (played by Cathy Shipton) finally decide she needs to step down from her job at Holby City hospital.

The beloved sister, who is in a relationship with the show’s iconic Charlie Fairhead (Derek Thompson), took off her nurse’s uniform in heartbreaking scenes, and viewers were devastated at such a huge change.

Yet with her worsening vascular dementia, Duffy was getting too worried about her memory and decision-making skills, terrified of a patient suffering fatal consequences because of it.

Conversely, clinical lead Mrs Connie Beauchamp (Amanda Mealing) is suffering from post-traumatic stress disorder (PTSD) after she was violently attacked at the hospital.

Since the trauma, the normally stoic Connie has secretly become addicted to anti-anxiety medication, and her tether on reality is quickly slipping.

Struggling to maintain her previously unbridled standards, Connie has begun making mistakes in the hospital, and it will only be so long before she’s found out.

But could it be new villain Ciaran Coulson (Rick Warden) who ends up being the catalyst for blowing her secrets wide open? Or will it be Duffy who accidentally reveals too much as the savvy newcomer tries to manipulate her into giving away the truth?

Speaking to TV Times, Amanda teased: “Connie and Duffy are both going through debilitating situations. Connie’s is brought on by anxiety, Duffy’s by disease.

“These strong women are both being destroyed in different ways by something beyond their control.

“Even though they’re supremely qualified in their jobs, they’re both doubting themselves.” 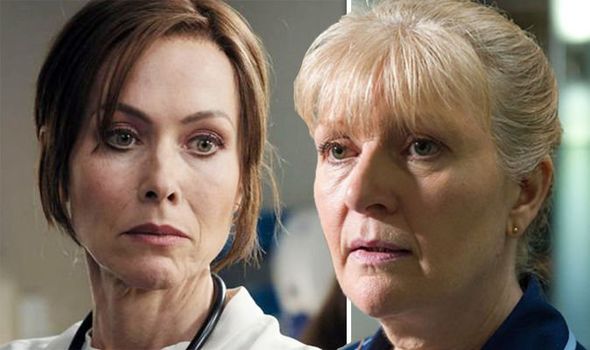 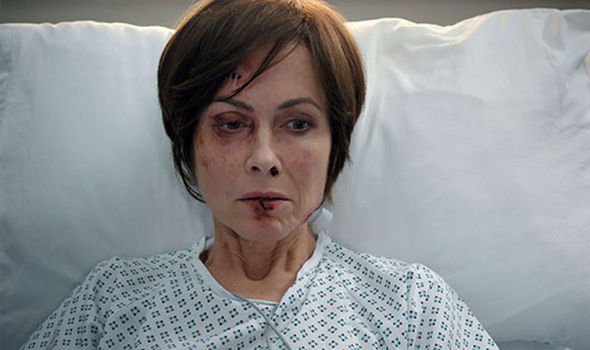 The only person who can provide evidence is Duffy, but she doesn’t know if she can remember

Actress Cathy then shared: “Last week, Ciaran doubted Duffy’s ability and suggested she step down, which she has.

“We’ve created a new role for Duffy in Holby-land, where she’s removed from interventional medical care. [But now], Ciaran’s focusing on Connie’s ability to be clinical lead, and he needs evidence.

“The only person who can provide evidence is Duffy, but she doesn’t know if she can remember…”

“Connie needs help,” Cathy said. “She’s addicted because of the attack and the pressures of the job.”

Amanda went on to say her character’s PTSD gets “more and more consuming”, which is incredibly worrying for the fan-favourite character. 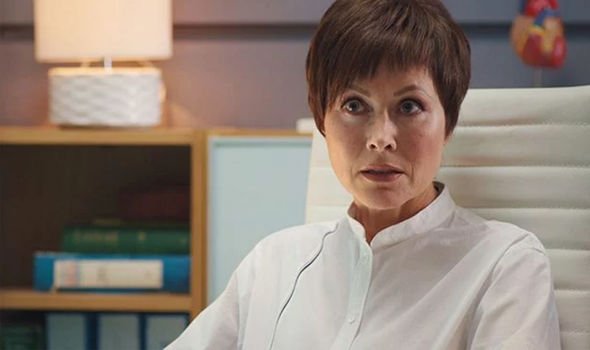 “Her world is falling apart,” she teased sadly. “And she doesn’t know how she got there because it’s so subtle and insidious.

“The attack affected her badly. The attacker’s return to the ED threw her into a whirlwind of anxiety.

“Now Ciaran is attempting to usurp her position. It’s dreadful how far Connie goes to save her own skin,” the star said.

What’s ahead for Duffy and Connie on the medical soap?

A former Holby City star is set to appear on the soap after Luke Roberts recently hinted at joining the cast.

Casualty continues tonight at 8.25pm on BBC One.