CASUALTY star Amanda Healing apologised to her co-star Chucky Venn’s wife after their characters ended up all over each other in a steamy office romp in the soap’s finale episode.

Fans flooded the show with praise after Jacob Masters and Connie Beauchamp's reunion ended with a bang during Saturday night’s episode (August 22).

Visit our Casualty page for the latest gossip and spoilers 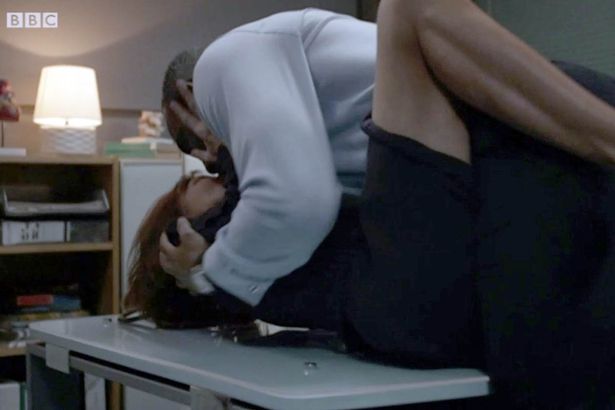 The medical drama is being forced off air due to the coronavirus pandemic and will not return to our screens for several months.

But it’s safe to say fans were happy with the cliffhanger of the final episode as viewers were treated to a steamy sex scene between the on-off couple Jacob and Connie, who reunited after four years apart.

After a day of bickering, the pair finally gave into temptation and pounced on each other, sweeping everything off the office desk before things were cut to black and fans’ imaginations were left to run wild. 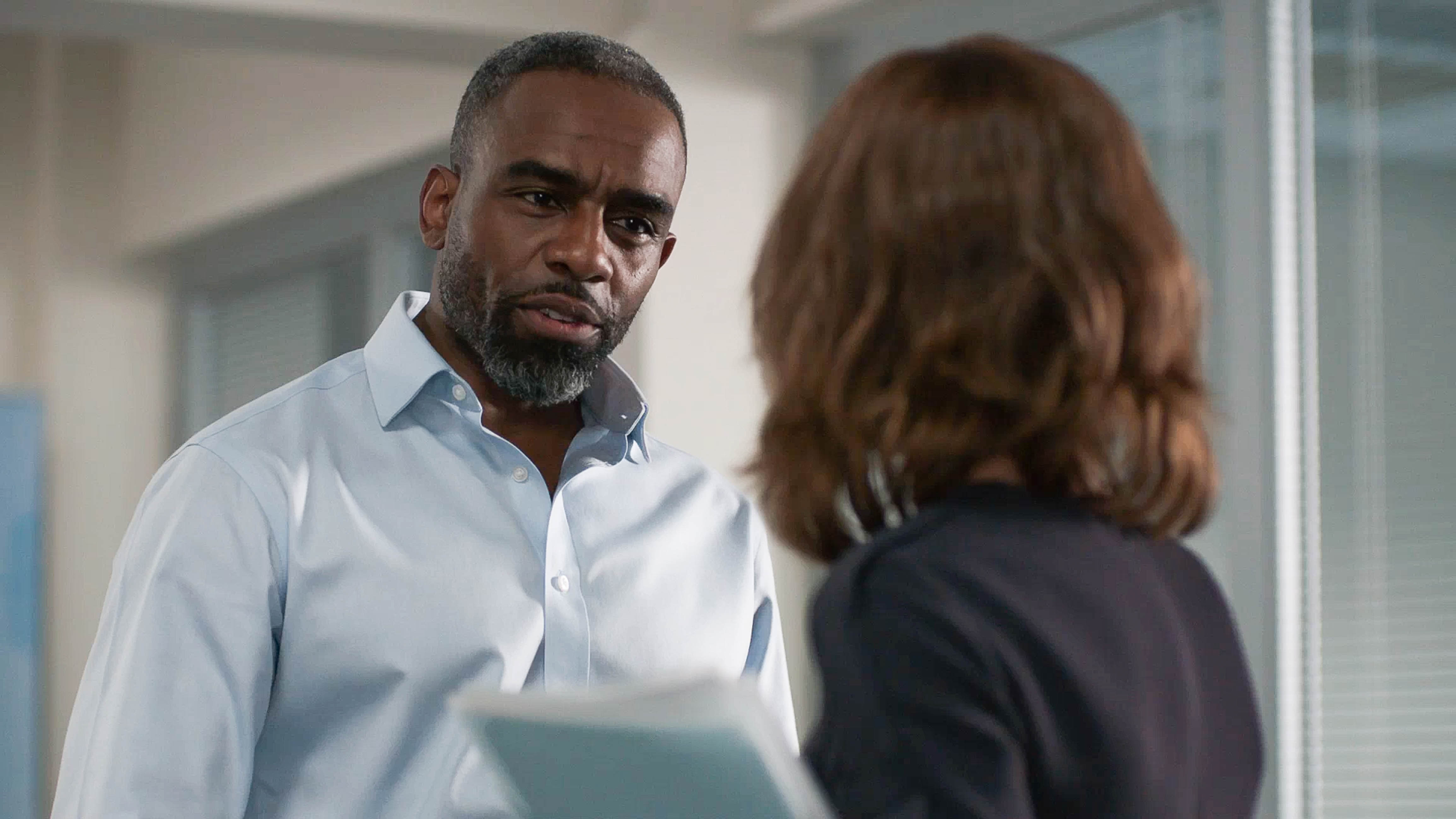 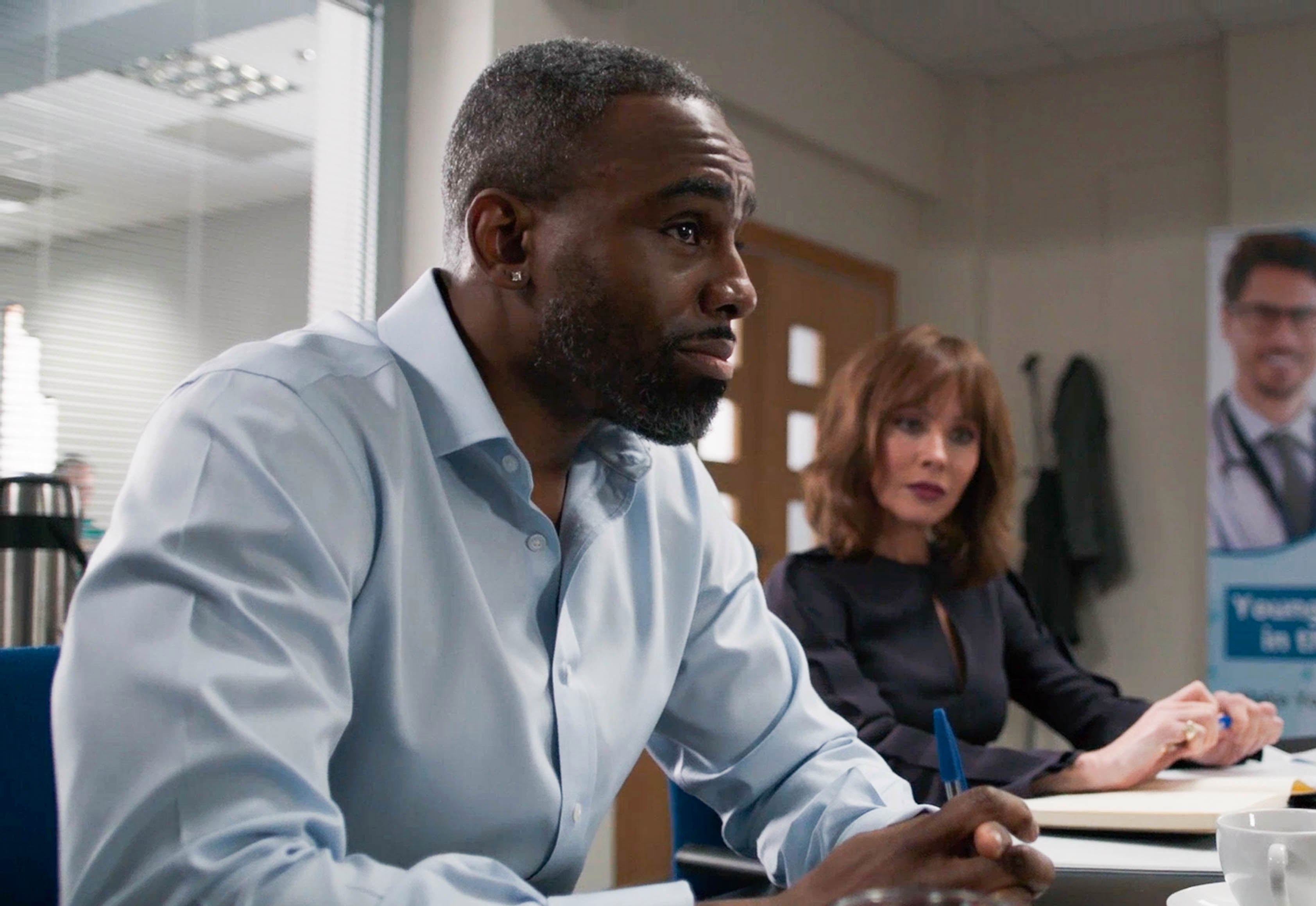 The scene was so risque that Connie actress Amanda Mealing has even said sorry to Jacob actor Chucky Venn’s wife.

After the episode aired, she tweeted: "Soooo…. you liked? This was a tough scene for @ChuckyVenn and me (sorry Mrs Venn!) but we had to end the series with a bang!"

Viewers flocked to Twitter to express their delight at the raunchy scene.

One fan tweeted: “Finally caught up on last nights Casualty. It was everything and more. We’ve finally got Connie and Jacob back!"

Another tweeted: "Connie being all flustered at a topless Jacob is adorable."

A third viewer said: "Just caught up on Casualty and omg I love Jacob and Connie so much!!@meamandamealing looked incredible as always! Her and Jacob are just meant to be @ChuckyVenn #Casualty."

Viewers will have to wait for Casualty’s return to see what the future holds for Jacob and Connie.

But speaking about their cliffhanger reunion, Jacob actor Charles Venn told TV Times: "I know that I want their long-awaited reunion to be a permanent one. If I had my way, Jacob and Connie would be married! They'd have a beautiful white wedding and live happily ever after. But the writers won't be having that and I've already accepted it's not going to happen!

"Yet I like to think there's going to be a steamy, hot, intense period for as long as it lasts between them. They've both gone on interesting journeys, so I'm really curious to see how things play out this time."

'90 Day Fiance': David Shares Additional Footage of Him and Lana Bowling–'2 [Strikes] in a Row Was a 5 Second Kiss'