A Fuller House reunion is happening at Hallmark Channel. Candace Cameron Bure and John Brotherton are set to star in a new Christmas movie for the channel. The Christmas Contest will air later in 2021 as part of Hallmark’s annual “Countdown to Christmas” event. 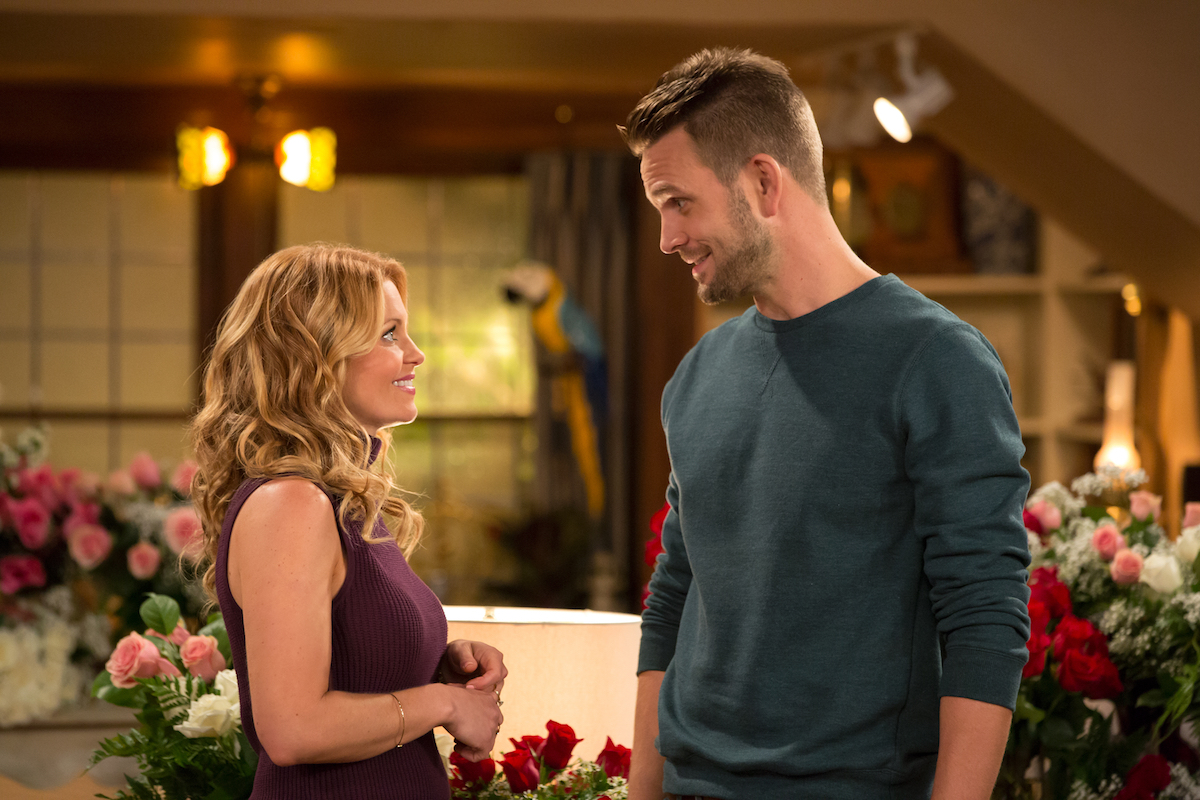 Cameron Bure has appeared in a Hallmark Christmas movie every year since 2013. So, it’s no big surprise that she’ll be back with another holiday movie this year.

This time around, she’s reuniting with Brotherton, who played Matt Harmon on the Netflix reboot of the popular sitcom Full House. Matt co-owned a vet practice with DJ (Cameron Bure) on Fuller House, and the two were even briefly engaged before DJ decided to call things off so she could be with Steve (Scott Weinger).

“Cat’s out of the bag! @johnbrotherton and I are together again! If you were #TeamMatt on Fuller House, you’re not going to want to miss our new Christmas movie,” Cameron Bure wrote on Instagram after the movie was announced. “A Christmas Contest will air this holiday season on @hallmarkchannel.”

“If Christmas Movies were a contest… we’d win,” Brotherton wrote on his Instagram. “That’s right, we’re back… See ya soon.”

What is ‘The Christmas Contest’ about?

In The Christmas Contest, Cameron Bure plays a woman named Lara. She decides to compete against her ex Ben (Brotherton) in a Christmas contest where the winner gets money to give to a charity of their choice. The rest of the city watches as Lara and Ben fight it out and decide what’s more important, victory or love. Barbara Niven also stars.

Hallmark Channel has not yet announced a premiere date for The Christmas Contest.

A Fuller House reunion isn’t the only exciting thing fans have to look forward to during this year’s “Countdown to Christmas.”

A sequel to the 2020 movie The Christmas House is in the works, with stars Jonathan Bennett and Robert Buckley set to return. Plus, real-life sisters Ashley Williams and Kimberly Williams-Paisley will star as siblings who switch places at the holidays in Sister Swap: A Hometown Holiday and Sister Swap: Christmas in the City. And cat-lovers will be excited for The Nine Kittens of Christmas, a follow-up to the 2014 movie The Nine Lives of Christmas.

In addition to Cameron Bure, several familiar faces will also be returning to Hallmark in new movies this year. Lacey Chabert plays a woman who travels to Ireland to learn more about her roots in Christmas at Castle Hart. Tamera Mowry-Housley will star as a cop who has to solve a holiday season heist in The Santa Stakeout. And Danica McKellar will appear in You, Me & The Christmas Tree, which kicks off 2021’s “Countdown to Christmas” on Oct. 22.

Peter returns to EastEnders tonight – with a new actor playing him

Rachel Mad-Dough: Is MSNBC Host Worth $30 Million a Year Without a Nightly Show?