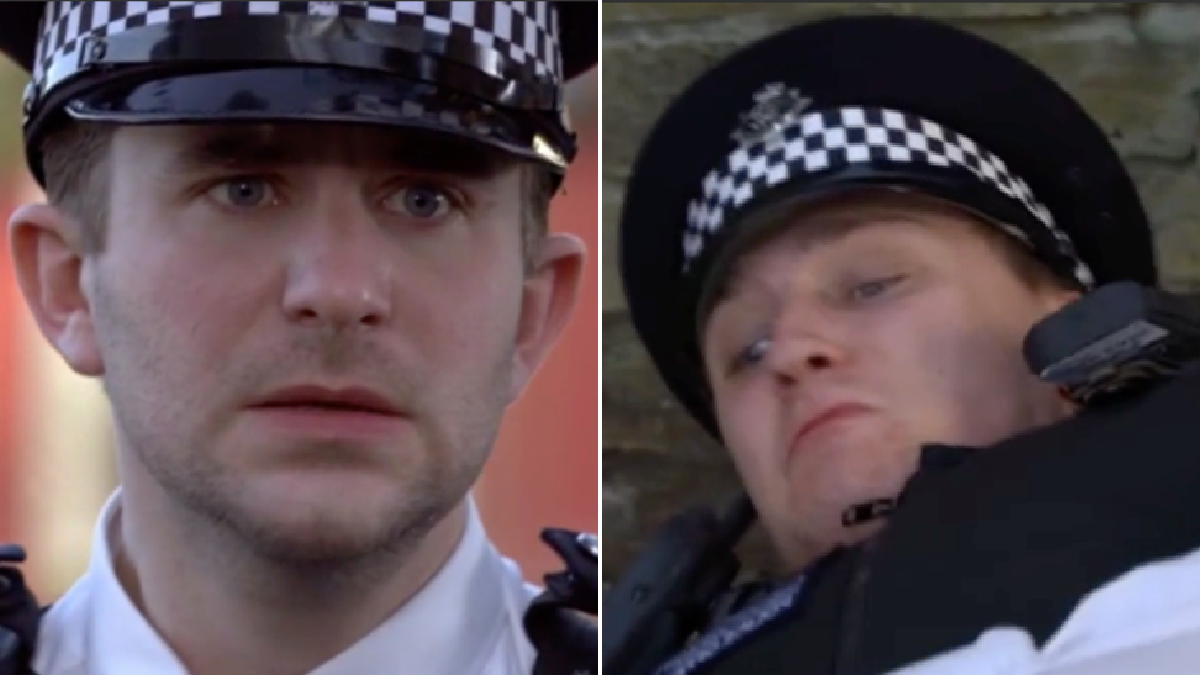 The policeman became hellbent on tracking down the culprit who mugged Kat Slater (Jessie Wallace), after having a heated showdown with Phil Mitchell (Steve McFadden).

Callum, knowing full well that he’s good at his job, wanted to do the right thing and investigate the crime to the best of his ability, in the wake of Ben (Max Bowden) asking him to quit the force.

Fitzy, meanwhile, was eager to clock off early, as he was planning on proposing to his girlfriend Vicky.

Before finishing their shift, however, Callum suggested that they revisit the scene of the crime once more, in the hopes that they might stumble upon a useful clue.

What they did not expect to find was a man matching the description Kat had provided them with!

Yes, Callum set his sights on the mugger, who swiftly fled the scene when he realised that he had been spotted.

Callum headed one way, while Fitzy headed another, but when the two policemen again crossed paths, they came to believe the criminal had evaded them.

Much to Callum’s horror, however, the mugger emerged, and he withdrew a knife and stabbed Fitzy, who subsequently tumbled to the floor in agony.

The mugger then pointed the knife at Callum, making it quite clear that he’s not going to be be taken into custody.

Will Fitzy die? And will the violent criminal pay for what he’s done?

EastEnders continues with a double-bill on Tuesday June 8 from 7:30pm on BBC One.