Despite outraged viewers flocking to social media to claim that the 89-year-old army veteran's victory was a "fix", it appears that he was the winner by a long shot. 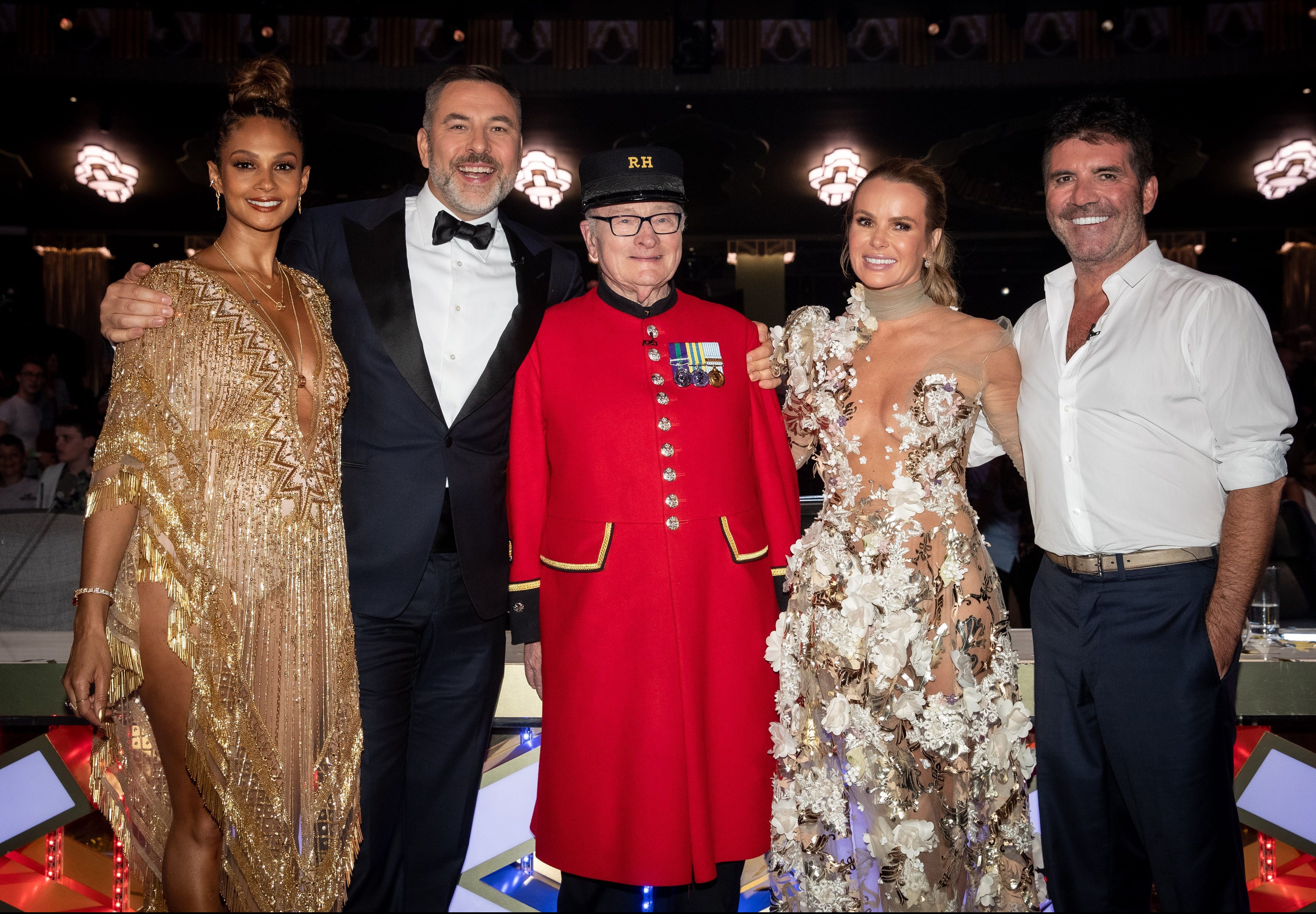 ITV have released all of the voting percentages for the past week – including yesterday's show and the five semi-finals.

Interestingly, although fans questioned how escapologist Jonathan Goodwin didn't place in the top three last night, it has now been revealed that he didn't even make the top five.

In fact, Jonathan secured just 4.4% of the final vote even though he risked his life for the death-defying stunt.

In addition, second place runner-up, Magician X, was comfortably ahead of Ben Hart in third place. 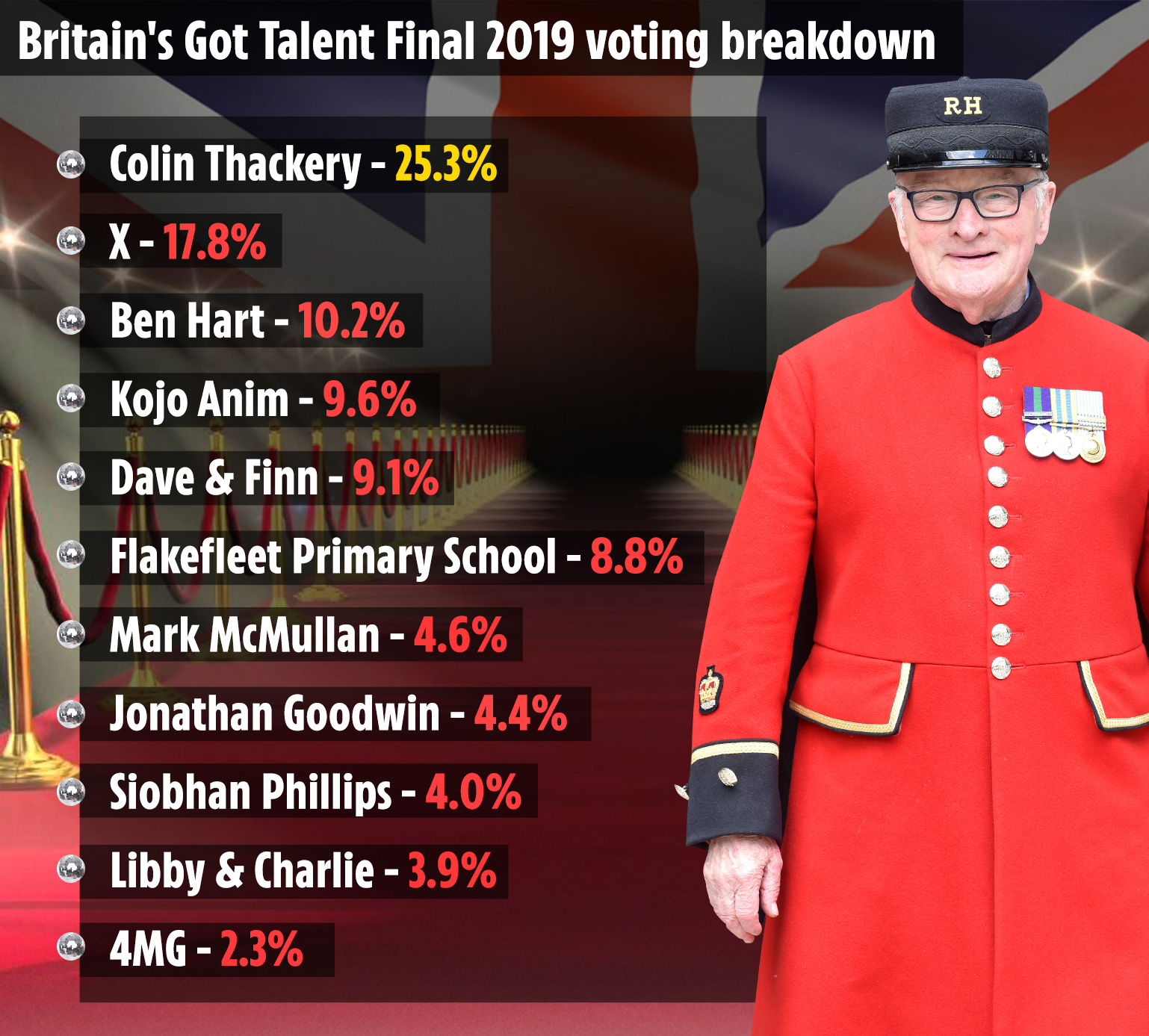 Meanwhile, the semi-finals didn't reveal anything too surprising – apart from perhaps 4MG's shock decline in popularity between then and the final.

The group came last with just 2.3% of the public vote last night, despite securing 28.2% in Tuesday's semi-final where they beat fellow finalist Siobhan Phillips.

Eagle-eyed fans were quick to expose how the youngsters carried out one of the most impressive tricks from their routine, with judge Amanda Holden being being left stunned when Josh seemingly managed to transfer an X from his skin onto hers.

Cynical viewers rushed to Twitter to point out the exact moment that Josh put the X on Amanda's hand, which was when he lifted her arms higher off the desk at the start of the trick. 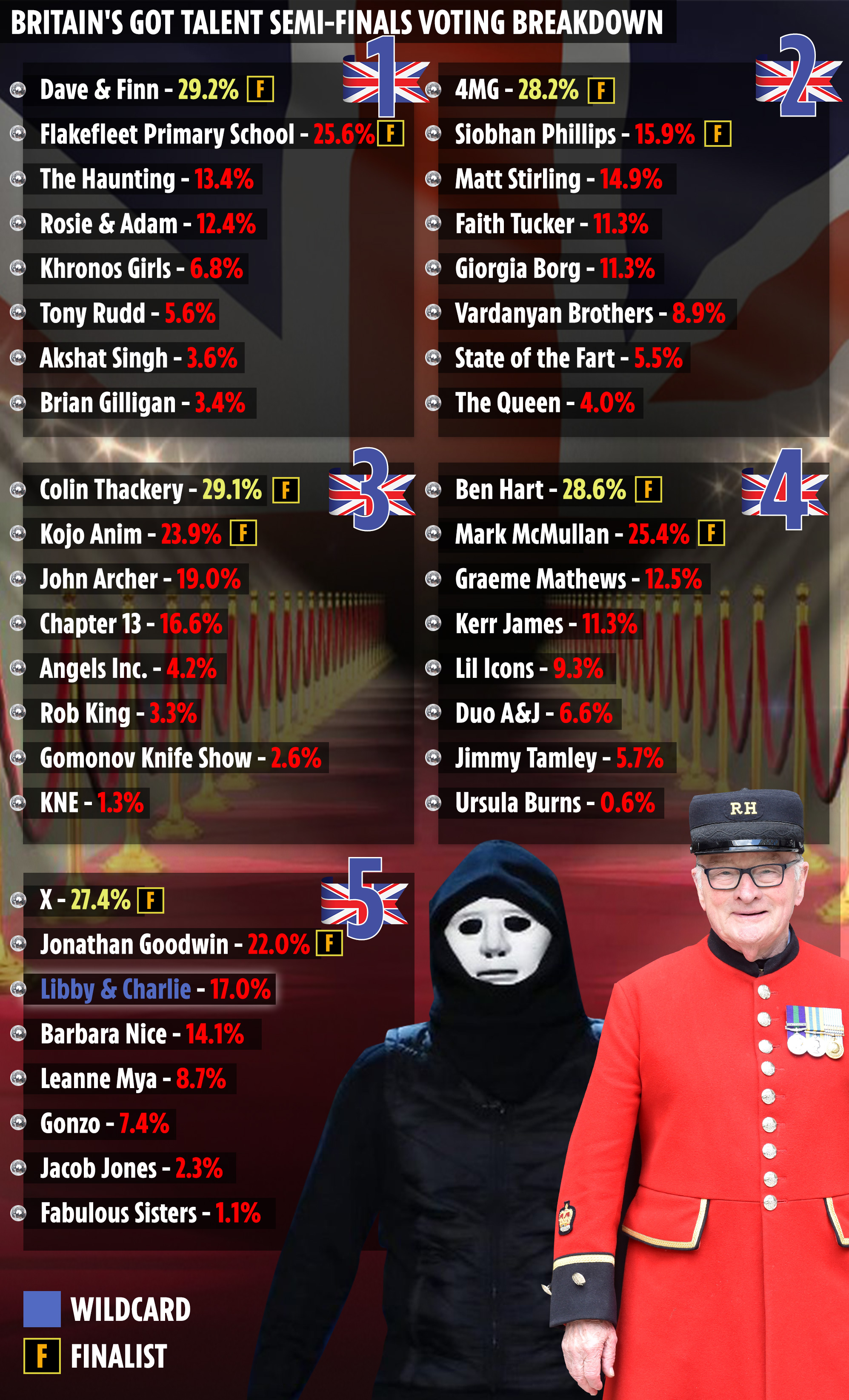 Elsewhere, angry viewers accused Colin's win of being a "fix", with some even arguing that the singer performing last gave him an "unfair advantage".

Taking to Twitter, one fan moaned: "Anyone else notice with #bgt the acts that go last on the night usually win?"

The hopeful was the favourite to win the show from the off, with the crooner previously melting hearts with his heartwarming tribute to his late wife, Joan, in the semi-final.

Earlier today, Colin revealed that he planned to donate some of his £250,000 prize fund to the Royal Chelsea Hospital where he lives.

'The Blacklist': Red Could Have Killed Ressler With This Season 1 Mistake