Tonight, X once again brought Ant and Dec into their act as they demonstrated the connection between the Britain’s Got Talent hosts.

The trick saw Ant given an electric shock, with Dec feeling it in the exact same place without being touched on the ITV show.

Simon Cowell also had to pick a word from a list and when Amanda Holden was instructed to go on X’s Instagram, a photo of the magician holding the word Simon had picked had been posted months ago.

Not only that, X was standing in the background of the snap behind Simon.

Theory – X and The Haunting are the same person

The trick amazed the judges and viewers alike, with Simon saying it gave him “chills” but some of those watching at home devised a conspiracy about the magician.

They believe the mysterious person could in fact be “The Haunting”, an act that was eliminated earlier this week.

Some pointed to the fact The Haunting performer Elizabeth had said it “wasn’t over” during her semi-final act.

Viewers have posted their theories to Twitter, with many sharing the same view.

“Theory – X and The Haunting are the same person. She did say it wasn’t over and they are eerily similar,” one posted.

While another questioned: “What’s the betting X turns out to be the Haunting?? #BGT.” 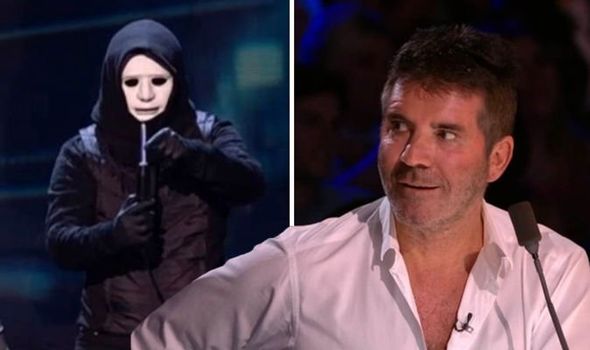 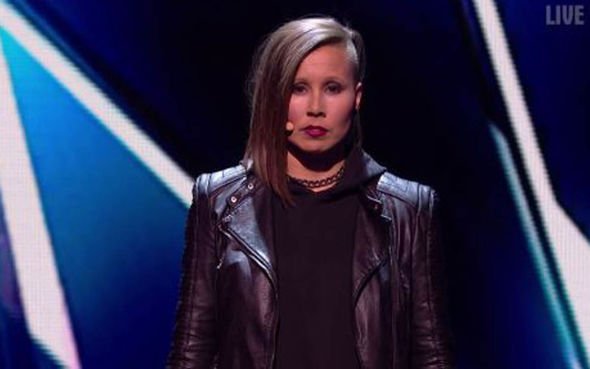 “Is it possible that this is actually the same woman who was on the other night doing The Haunting? #BGT,” a third asked.

A fourth shared: “Is X the same person as The Haunting? #BritainsGotTalent #BGT.”

“I am convinced that X on @BGT tonight will turn out to be the Haunting woman #BGT,” a fifth opined.

A sixth tweeted: “Would be funny if X was actually the haunting??? #BGT.”

“Is this X thing that creepy woman that was on the other night that Amanda shouted F**K at? Because she was always banging on about she hadn’t finished? #BGT #BritainsGotTalent,” a seventh theorised. 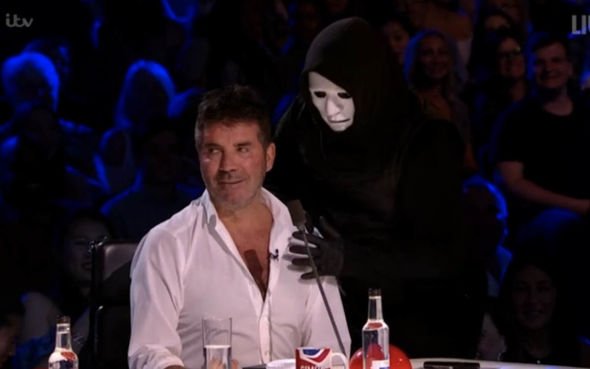 Simon was quick to praise X for their performance as he remarked: “I got chills running through me at that point.

“I have no idea who you are but I have genuinely never seen anything like this in my life.”

David Walliams also noted it was a very “modern” way of performing magic and that it had made some other magic acts look “old-fashioned”.

“This is a completely original and modern way of doing magic,” he shared.

Britain’s Got Talent continues Sunday at 7.30pm on ITV.

Where are these former EastEnders stars now?