Having been chosen to take part in the Haunted’s acts, viewers saw Amanda get taken backstage and spooked, and upon returning to the stage, she jumped out of her skin when she realised Elizabeth was behind her and as a result shouted a swear word.

Both she and the hosts Ant McParltin and Declan Donnelly profusely apologised for her foul language, but it seems she was at it again during last night’s show.

After Siobhan Phillips and 4MG were the third and fourth acts to make it through to the live final on Sunday night, the show ended and Stephen Mulhern took to the stage to present Britain’s Got More Talent.

And it was during this part of the show when Amanda swore for a second time.

Having claimed she had “washed her mouth out with soap” following the initial slur, she was back at it after the watershed when Stephen roped them into playing Tip of the Tongue.

The aim of the game was to answer a general knowledge question and the first person to shout out an answer correctly, wins.

“Describe Britain’s Got More Talent in one word, beginning with S,” the host asked and Amanda was the first to shout out: “S**t!”

The audience in the apollo could then be heard shouting in surprise at her answer and as the camera zoomed in on the judges face, she started to look guilty.

Her co-star Alesha Dixon then said: “Oh no,” whilst Stephen didn’t look to pleased with the response either. 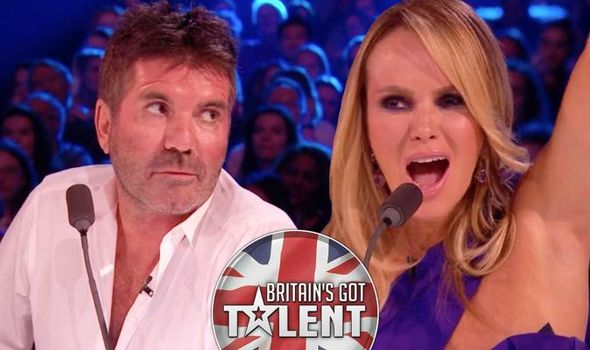 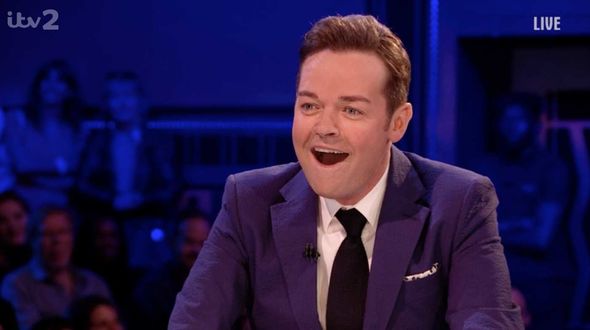 Describe Britain’s Got More Talent in one word, beginning with S.

Stephen to the judges.

Hanging her head in shame, Amanda then hid her face and Stephen replied: “Come on? See, I would have said super!”

“I would have said spectacular!” Alesha offered and Amanda joked: “Take me away now,” pretending to put her wrists together to be handcuffed.

Moving onto the second question, the judges were asked: “Name something Amanda is good at with the letter A,” and whilst Alesha offered “acting,” Simon couldn’t stop his mind wandering.

He suddenly had a fit of giggles and had to turn his chair around away from the camera and towards the audience instead.

“Simon, what’s got you?” Stephen probed and whilst he said: “Nothing,” Amanda interjected and said: “It’s because he knows what I might have said!” 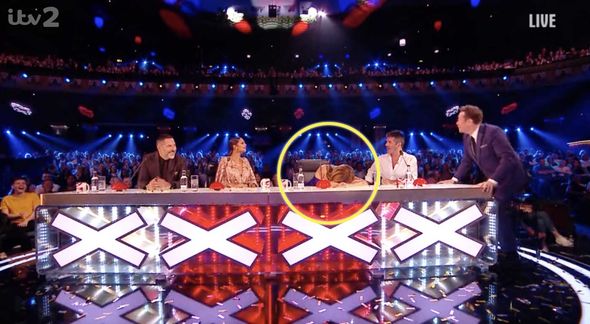 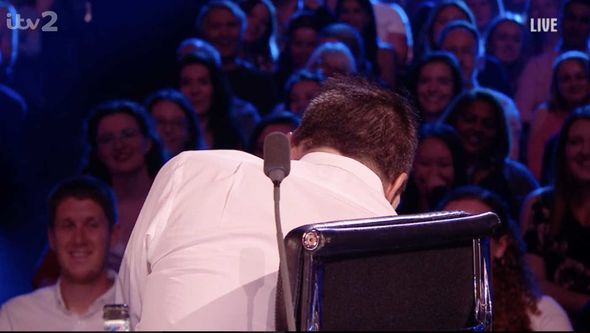 It was then Simon’s turn to drop a swear word after Stephen asked; “Name me a word that describes David beginning with the letter W?”

In rapid motion, Simon whipped his chair around and shouted: “W**k” before throwing his hands across his mouth in astonishment at what he had just said.

As for what is in store for viewers tonight, Angels Inc are going to be taking to the stage with another stellar dance routine, whilst Rob King and KNE are hoping to impress the BGT fans.

Also hoping to make it through to the final is Colin Thackery, Gomonov Knife Show and Simon’s Golden Buzzer act Kojo Anim.

Britain’s Got Talent returns tonight at 7.30pm on ITV.

Why Meghan McCain Needs to Be Fired From 'The View,' According to Fans