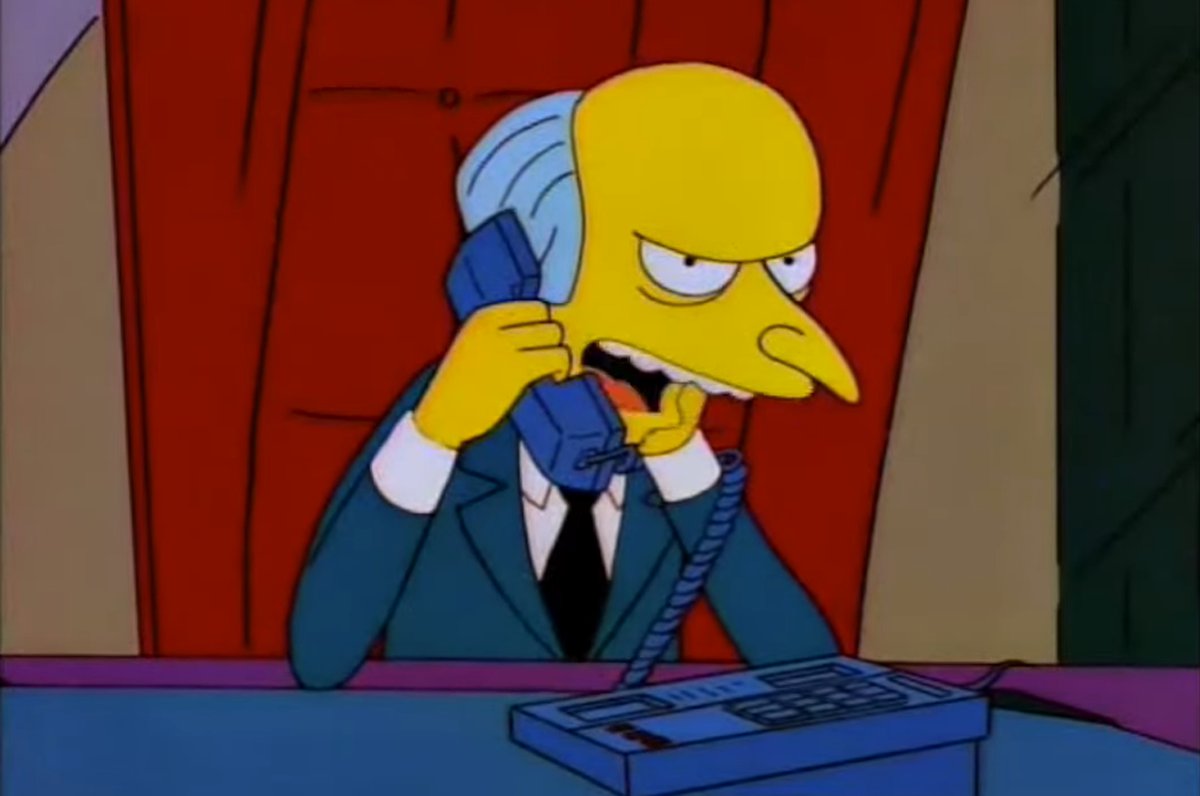 A boy who let his mum cut his hair is the talk of TikTok after the result left him looking like The Simpsons villain Mr. Burns. The resemblance is genuinely uncanny.

Nathaniel Glenn, 12, actually asked his mum Johanna for a trim inspired by evil wizard from The Smurfs, Gargamel, but instead came out of the cut looking more like Smithers’ crush.

And actually we’re pretty into it, to be honest.

Thankfully, the teen’s mum shared a video of her son rock the cut, tingling his fingers and doing an impression of the mad nuclear plant owner on TikTok with the caption: ‘Am I a bad mum for getting my son cut his hair like Mr Burns [sic]?’

However, her followers had nothing but praise for the new ‘do and at the time of writing the clip has had more than 6million views.

‘Letting kids make choices is awesome parenting!’ wrote one TikToker which was followed by someone else who echoed the same sentiment. ‘If he knows who that is and wants to cut his hair that way, you have won at parenting!!’

Responding to one comment, Johanna gleefully told everyone he ‘freaking loves it’.

Speaking to The Mirror, Johanna said her son used to have ‘beautiful wavy blonde hair’ but fancied looking like the Smurf wizard instead.

‘I cut it myself because I felt weird going into the barber in our small country town and asking for such a crazy cut,’ she said.

‘They totally would have done it but I thought he would wear it for one day and then I could shave the rest – but he’s still rocking it now.’

She added: ‘Nathaniel is a quirky 12 year old with autism and some pretty amazing self-confidence.

‘I was worried he might get picked on but he’s actually got a lot of street cred for the cut and has become bit of a legend at school.’

Perhaps Nathaniel’s about to start a new trend and we’ll all be rocking a ‘Mr Burns’.

As for The Simpsons, it is available to stream on Disney+ now.