Demetrius “Big Meech” Flenory (Demetrius “Lil Meech” Flenory Jr.) and Terry “Southwest T” Flenory’s (Da’Vinchi) story has been immortalized on Starz’s BMF. The TV series is based on the Flenorys’ real life. The brothers rose from small-time drug dealers on the streets of Detroit. They would become two of the biggest drug traffickers in the United States. In the first season, Big Meech and Southwest T grapple with their parents discovering their business. They are also dealing with a vicious and quick-tempered rival, Lamar (Eric Kofi-Abrefa).

But will Lamar die in the BMF Season 1 finale or will he live to see another day? 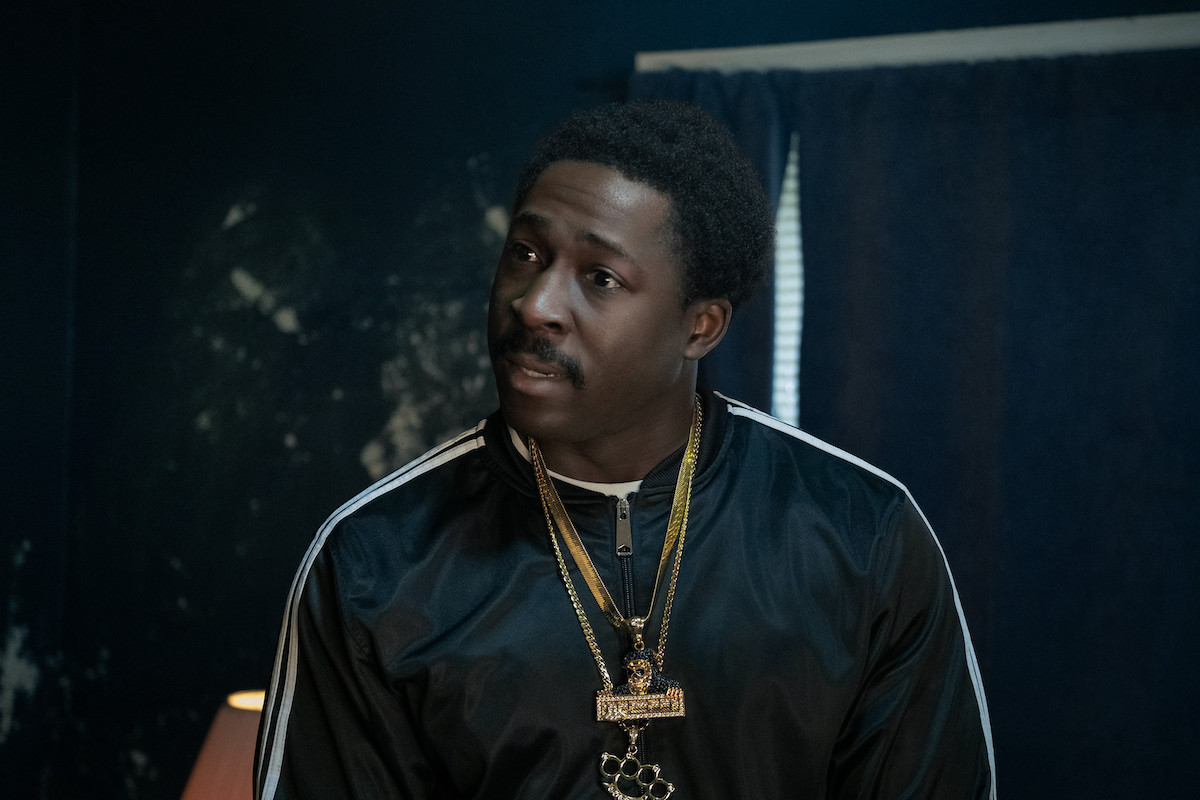 Lamar is based on real-life people

When it came to bringing the Flenory brothers’ story to the small-screen, Huggins wanted to be as accurate as possible. Though Lamar isn’t based on one single person, he is based on a composite of rivals that BMF did have,

“It’s not just a drug show,” Huggins told TVLine. “We delve into mental illness with Lamar. Back in the 1980s, when [President] Reagan closed all those state-run mental health facilities, people like Lamar were released with nowhere else to go. He may have gone in the asylum thinking it was easier than prison, but he was probably already mentally ill and got worse.”

Will Lamar die in the ‘BMF’ Season 1 finale?

Lamar is still at war with the Flenory brothers on BMF. Now he’s enlisted a terrified Kato (Ajiona Alexus) to kill Meech. However, he underestimated Kato’s love for B-Mickie (Myles Truitt). Now that Meech’s lieutenant knows the truth about Lamar and Kato’s alliance, he’s going to be even more determined. to take out the manic gangster.

Though the character has been a standout this season, we believe that Lamar’s days are coming to an end. In fact, Arkeisha “Kash Doll” Knight who portrays Lamar’s ex-girlfriend Monique, may have inadvertently hinted at Lamar’s demise.

The rapper/actor shared an interview she did with The Detroit Free Press on Instagram. In the caption, she revealed that episode 107 was her last one on BMF. She captioned the photo, “That was my last episode u guys!!! Thanks for all the love.” Since Monique didn’t die in the episode, Kash Doll could be saying that this was the last time we would see Monique this season. But it could also mean that Lamar’s time is coming to an end as well. When asked about season 2 Kofi-Abrefa was very coy, “You have to wait and see,” Kofi-Abrefa said to Digital Spy about his character possibly appearing in BMF Season 2. “Again like (laughs) all of these things are not in my control.”

Inside Lamar’s motivations on ‘BMF’

When he is released from his mental health facility at the beginning of the first season, Lamar’s only motivations are to get his family back and rule the streets of New York. However, what he doesn’t anticipate is Meech having a hold on the streets and Monique.

“I think that’s what it starts off as, and then I think there’s a bit more hunger for power, or little things,” Kofi-Abrefa told Digital Spy about his character. “Essentially, Meech and Terry are in the way, they’re young little dudes who’ve come in, And he kind of just, he wants to take them out. But even within that you’ve got Meech, messing with Monique, and then that kind of has his brain somewhere else because of the daughter and family. So, I think he’s willing to, depending on what it is, I think he’s willing to take it there, anywhere. I don’t think there’s no, there’s no kind of limit, or like, he feels any compassion or empathy for somebody if he has to get rid of them.”

In episode 107, “All In the Family” we saw that Lamar had no compassion left for anyone including Monique, which could very well lead to his demise.