There were a number of winners at the 2022 Billboard Music Awards, ranging from Doja Cat, Olivia Rodrigo and Ye, but the annual ceremony couldn’t quite take home any primetime prizes on Sunday.

Per fast affiliates, the 2022 Billboard Music Awards delivered an average 0.5 rating in the 18-49 demo and 2.11 million viewers across its three-hour broadcast on NBC, slipping even lower from the previous year’s fast affiliates (0.7, 2.8M). Sunday’s awards ceremony, set at the MGM Grand Garden Arena in Las Vegas, saw Rodrigo take home seven wins, Ye come in second place with six awards and Drake continue his streak as the artist with the most Billboard Music Awards of all-time. See the full winners list here.

ABC – Following AFV and American Idol, The Rookie ticked down in its Season 4 finale (0.3, 3.46M). The ABC cop drama was at least stable in the demo and up in viewers from its Season 4 premiere (0.3, 2.80M in September 2021. Fans of The Rookie will get even more of the series, considering it will return for a fifth season at ABC. The broadcaster has also picked up the spinoff featuring Niecy Nash to series.

CBS – After 60 Minutes was the season finale of The Equalizer (0.5, 6.62M). The Queen Latifah-led drama, stable from its previous episode, concluded Season 2 with a violent cliffhanger that leaves Robyn’s fate unclear. Read the full recap here. The Equalizer was about two-tenths down and about 11% short in viewers from its October premiere (0.7, 7.47M). A stable NCIS: Los Angeles (0.4, 5.19M) followed and S.W.A.T. (0.4, 4.00M) concluded the evening.

The CW – Riverdale ticked down to deliver a 0.0 demo rating.

Monday primetime will be kind of an odd one with Fox’s 9-1-1 shows coming to season finales, while NBC airs Downton Abbey and ABC presents up. Later in the evening ABC’s The Good Doctor reaches its finale. CBS and The CW tout regularly scheduled programming. 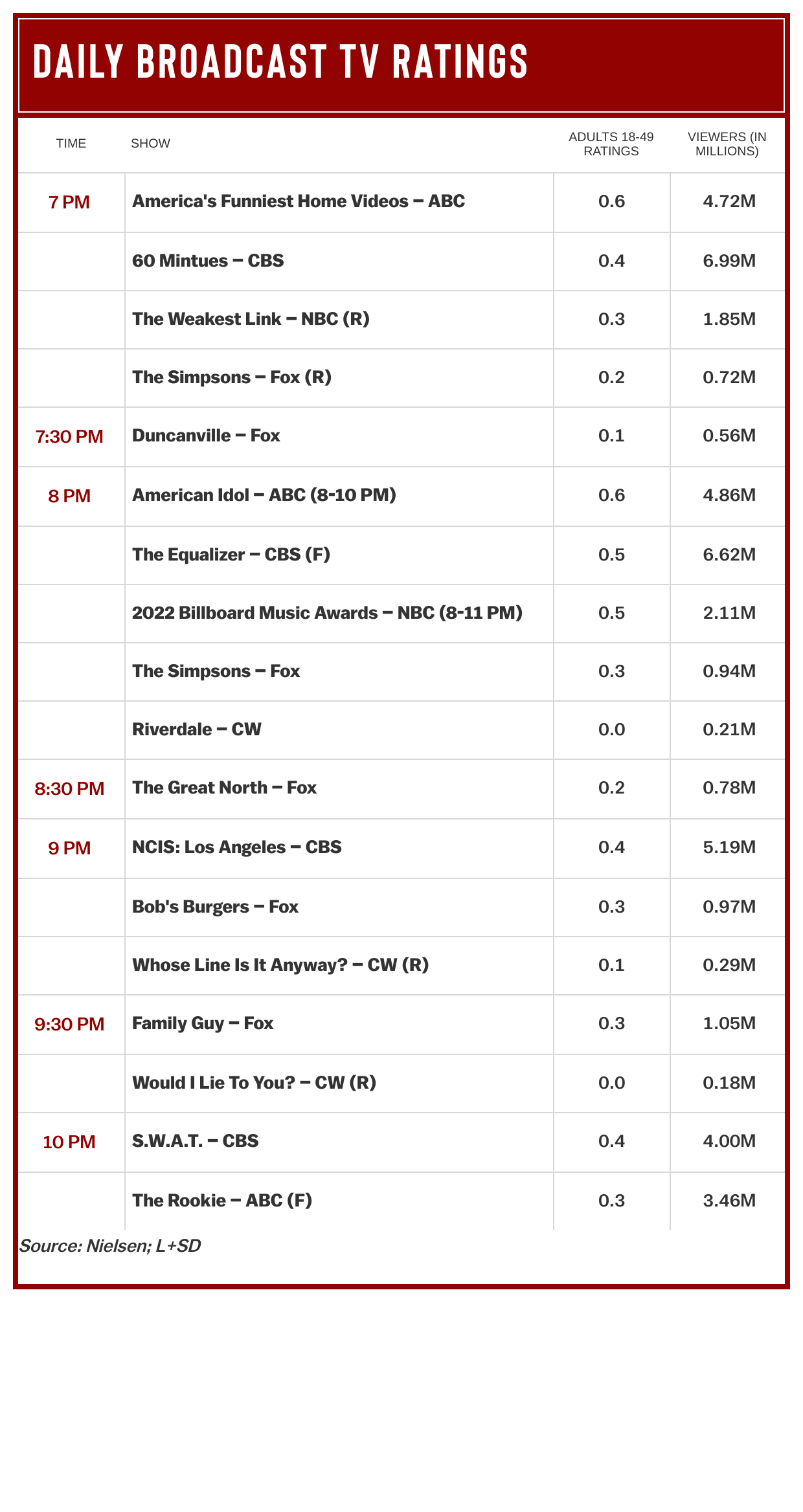 How To Watch As Things Are About To Get Even More Down, Dirty & Explicit