The good news? Despite getting shot in the Season 1 finale, Big Sky‘s Jenny Hoyt is alive and well at the start of Season 2, which kicks off tonight (ABC, 10/9c). The maybe-not-amazing news, which we learn in this exclusive clip from the season premiere? She’s breaking up the band.

In the video above, Cassie and Jenny meet at a bar — no punches thrown, this time — to discuss why Jenny feels that it’s time for her to leave the private investigations firm. Press PLAY on that to get a glimpse at tonight’s episode, then keep reading to hear a little about what showrunner Elwood Reid has in store for the rest of the season.

TVLINE | You have roughly 4,000 new characters this season, and we’re definitely not going to be able to touch on all of them, but I know that Max is pivotal to the mystery at the beginning of the season. And her link to Cassie and Jenny is that she’s a babysitter, right?
She babysits for Cassie, and we see that in the first episode. But then very quickly, this thing lands in her lap with her group of friends, and she gets sucked into this main mystery that’s going to pull in all of our characters. The one thing, in the back half of last season that I thought was missing, was that youth element, that younger element of the kids in Montana in Big Sky. That’s one of the things that the character of Max really gives you, is it gives you this access and what it’s like to be a teenager there. The kids in the first episode, they’re sitting up on top of this lookout and saying “Nothing ever f–king  happens in this place.” And then — bang! — something happens and immediately grabs these four friends in there.

TVLINE | And Janina Gavankar (True Blood) is coming in as Ren, the new villain? How will she enter Jenny and Cassie’s orbit?
The hallmark of Big Sky is those — “unlikely villain” is not the right word, but you know — those villains that are interesting, and they’re not just black or white. You enjoy watching them, and they have both good qualities and bad qualities. And so, Janina’s an actor I’ve wanted to work with for a long time. I mean, I was really, really taken with her work in The Way Back with Ben Affleck, and she made me cry when I got to talk to her. It was really interesting because she’s coming on as a criminal element, but she also sucks in some other people from town. And she’s not quite all bad. She’s under pressure of her own, which we’re going to find as the series goes on. 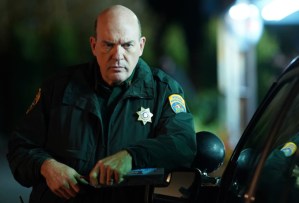 TVLINE | At the end of last season, there was that one line about Rick Legarski — who is now dead — being a twin. And then John Carroll Lynch, who played Legarski, narrated the Season 2 teaser trailer and is confirmed to be part of the show this season. So what can you tell me about the brothers Legarski in the coming season?
[Laughs] I don’t know. I mean, the teaser was a surprise to me… John Carroll Lynch just likes money. He just likes money. [Laughs] I think we paid him a lot of money to do that, so, you know, I mean, you’d have to talk to John Carroll Lynch. You know he’s for sale, so that’s not a secret either. [Laughs]

TVLINE | Any chance we’ll see Merilee Legarski this season?
I never say never. I just finished a script with another character from the first season that was kind of surprising, a character who passed on, that may be coming back in an interesting way.

What The Bachelorette’s Bennett Jordan really thinks about Dale Moss