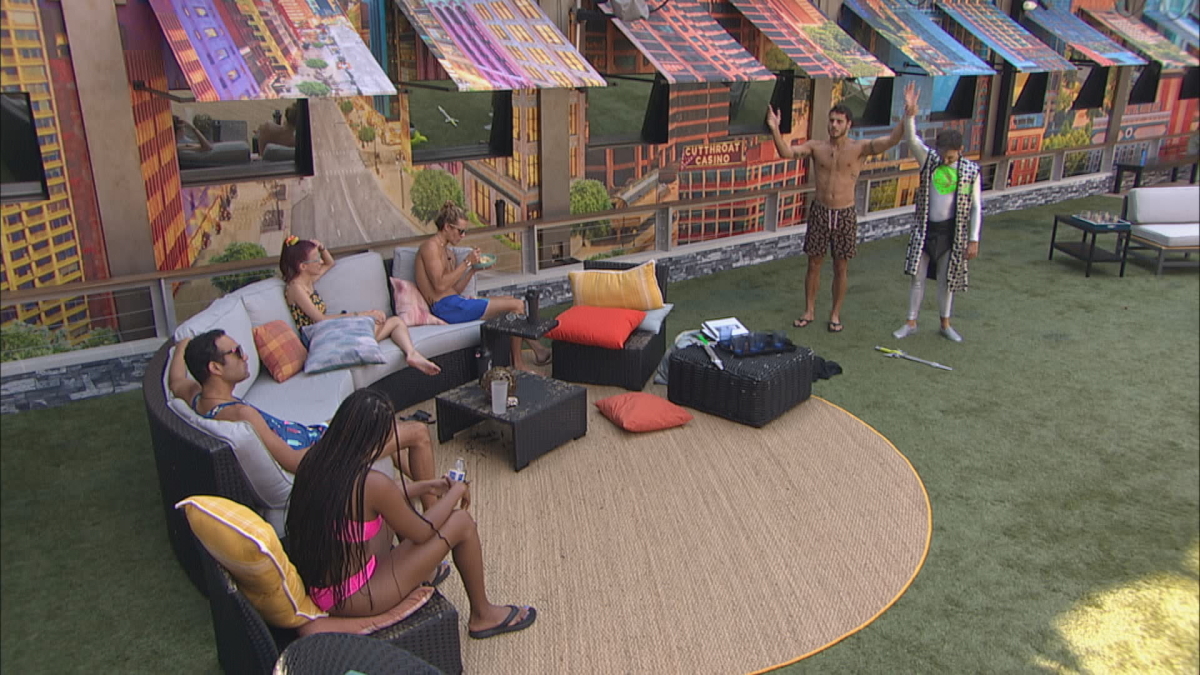 Tyler Crispen became the Head of Household this week and he had a singular plan in mind.

As part of a new four-person alliance, Tyler said he wanted to get Janelle Pierzina out of the Big Brother house.

When Tyler won HOH, he was able to start putting his plan in motion.

Tyler nominated Janelle and Kaysar Ridha for eviction and his alliance was one step closer to their goal. On Saturday, they all played in the Veto Competition to see if that goal could be achieved.

Who won the Power of Veto on Big Brother All-Stars?

Last week, the Big Brother spoilers about the POV took hours to come out, as the competition didn’t get played until after midnight.

This time, the challenge was timed, went very quickly, and has been completed before 4 p.m. local time even rolled around.

The Week 3 Power of Veto winner is Cody Calafiore.

Will Cody Calafiore use the Power of Veto?

It appears very likely that the nominees for the week are locked in. Cody doesn’t have a good reason to change the course of Tyler’s plan at this time, meaning Janelle and Kaysar will remain on the block.

The Veto Ceremony doesn’t take place until Monday, so there is still some time for things to get shaken up in the house, but that doesn’t look very likely. Sorry, Janelle fans.

At the Thursday night Eviction Ceremony, Janelle is likely to be unanimously evicted from the Big Brother house.

More drama within the BB22 cast

On social media, Keesha Smith went after Holly Allen today. This likely guarantees that there is no Battle Back coming up for the first few evicted houseguests.

Nicole Anthony was also on social media, where she apologized to Janelle for her gameplay this season. Nicole will soon be doing an in-person interview on her own podcast.

And then there is the drama of Bayleigh Dayton making Nicole Franzel cry. It certainly has spiced things up for people watching on the live feeds and it could be a storyline that evolves even further.

With the eviction plan set in place, there is a lot of time for the drama to start brewing about who is going to be next on the list of people to be evicted from Big Brother All-Stars