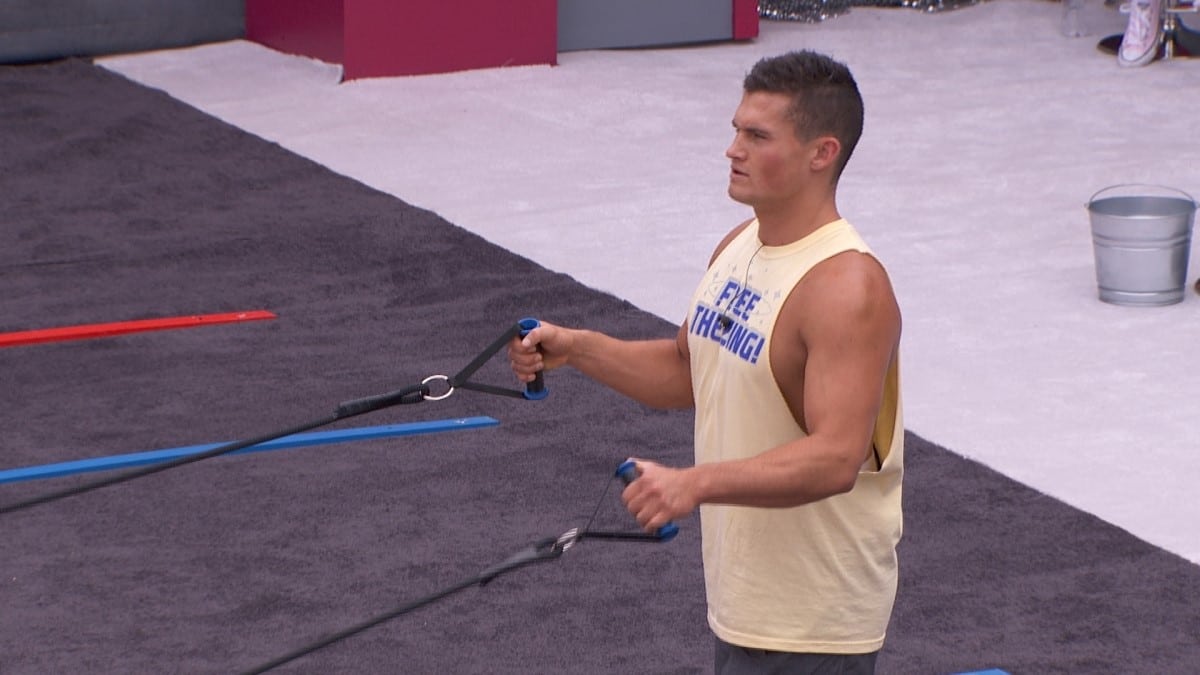 Big Brother spoilers from the CBS live feeds reveal that Jackson Michie is advertising two plans when it comes to the Power of Veto this week. He is hedging his bets in an effort to make sure he gets to the final three this season.

A lot happened on Thursday for the BB21 cast, including a House Meeting, an Eviction Ceremony, and the crowing of a new HOH. It all set the stage for how the final four houseguests will play the game during the next week.

In summation, Jackson convinced Cliff Hogg and Nicole Anthony that Tommy Bracco was lying, Cliff and Nicole evicted Tommy, and then Nicole won the Head of Household Competition.

Holly Allen threw the HOH Competition, presumably sticking to the terms of a deal she promised Cliff and Nicole. That deal stated that she would lose the HOH on purpose and would then go to the jury house at the next eviction.

With Nicole in charge this week, she will get to nominate two people for eviction. It will likely be Jackson and Holly going up on the block. But the power will reside in the hands of the POV winner this week. That’s why Jackson made deals with Cliff and Holly.

Jackson went to Cliff and stated that he wanted to go to the final three with him and Nicole. It continued a tactic where Jackson is trying to make people believe he isn’t working in tandem with his showmance partner (Holly). He may have already convinced Cliff, who has told Nicole he wants to take Jackson to the final three.

At the same time, Jackson has been telling Holly that he wants Cliff evicted. He is laying the groundwork for Cliff to be the next member of the BB21 jury, presumably if Holly finds a way to win the Golden Power of Veto.

Jackson is running the risk of winding up with some bitter jury members, but he is very close to his goal of making the Big Brother 21 season finale. Until then, he is trying to make sure that he goes to the final three, no matter who wins the final Veto Competition of the summer.

Stay tuned folks, because there are only five episodes left on the Big Brother schedule to sort this all out.

Big Bang Theory: What is the crystal chakra wand? What does the wedding present do?