Today’s BBC Breakfast was hosted by Dan Walker and Louise Minchin with Sally joining them to give an update on the sports.

However it wasn’t just sports news Sally had as she issued a weather warning regarding the Ashes today.

And, Carol Kirkwood wasn’t too impressed as she cheekily noted Sally was trying to take her job.

Sally began: “I don’t know if I have good or bad news today but I’m not going to say anything that might rain on Carol Kirkwood’s parade because it’s her job to tell us what the weather is going to be.”

Dan asked: “Is the weather going to ruin the cricket?”

“Might get a bit of play but thunder and lightning forecast for later but we’ll check with Carol later.”

A few minutes later, Louise remarked: ““Lets catch up with the weather, we’ve already had a preview haven’t we?

“Morning Carol, it sounds like it’s going to be rainy.”

Laughing Carol confirmed: “Sally I think you’re after my job but you did do a mighty fine job I must say.” 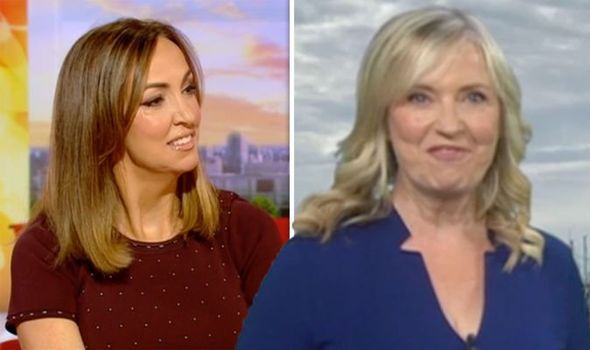 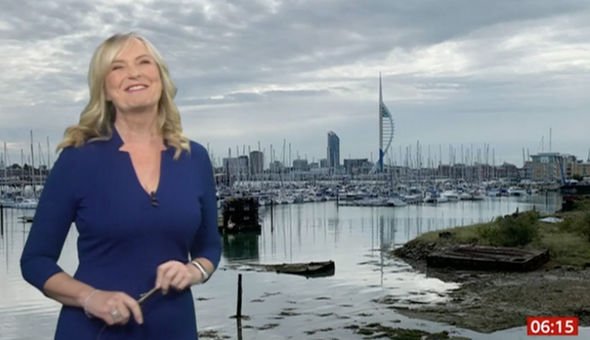 As the camera cut back to the sports presenter in the studio, she could be seen cringing slightly.

Sally’s take on the weather quickly became a talking point throughout the show as she continued to warn sports fans the cricket may be interrupted throughout the day,

“Is it even the best weather for cricket today?” she asked co-hosts Louise and Dan.

Joking about Sally’s early cricket puns, Dan teased: “What was your one before, splashes before the ashes?” 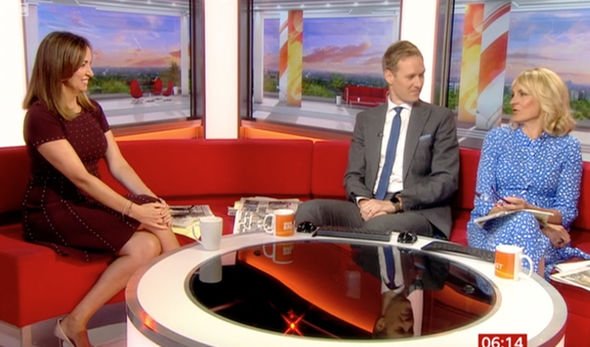 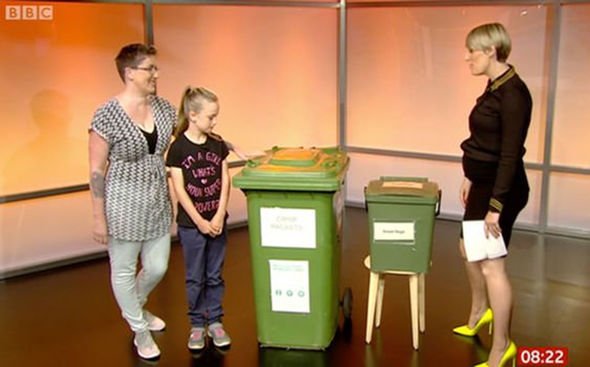 Yesterday on BBC Breakfast, Steph McGovern apologised to a guest after a “rude” remark.

Discussing recycling on Monday, Steph revealed viewers Katrine and her daughter Bridget have 12 recycling bins to help their neighbours recycle.

The presenter said she thought it would smell and the mother and daughter weren’t impressed.

After inviting the pair into the studio yesterday with their bins, Steph apologised telling viewers she was incorrect.

BBC Breakfast airs weekdays on BBC One at 6am.