Weather forecaster Carol Kirkwood was also doing a special segment for the D-Day events – and even reflected on what kind of weather soldiers in World War II would have seen.

Yet as the pair attempted to link up from their respective locations, they struggled when some technical difficulties made their duties quite difficult.

Carol began by discussing the latest forecast, where she said: “Low pressure is dominating our weather. It’s low pressure that brought all the rain yesterday and it’s continued to move northwards with it in France, bringing the rain across Scotland and Northern Ireland.

“So this morning you’ll hang on to the rain but through the day it will start to push towards the northwest of Scotland and northwest of Northern Ireland allowing some brighter conditions to develop behind but still the risk of showers.

“Cloud will start to ease and some of us starting off on a sunny note. But as temperatures rise through the day there’ll be other showers sparked.

“Incredible to think that way back in 1944 low pressure was with us, and Dan, once again, this time in 2020, we still have low pressure dominating us.

Staring at the VT with a grin, Dan asked: “Amazing, isn’t it Carol?”

Unfortunately, there was a delay with the sound and Carol continued to smile in silence at the presenter.

Dan waited a bit longer for a response but unfortunately he had to move on from the conversation instead.

“Thank you very much for that Carol,” he said. “Real bit of history that Carol’s experiencing today and we’re not too far away down here at Southsea Memorial. 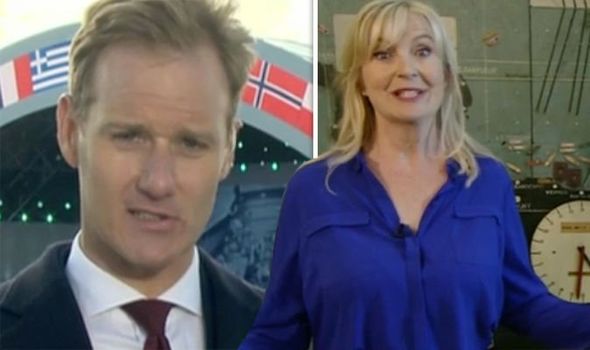 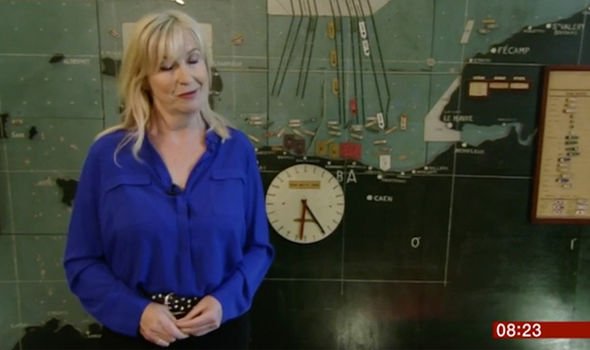 “The building you can see behind us actually remembers all those who died. And the naval side of things in the great wars.

“On the stage behind us there’ll be a huge commemoration taking place today President Trump, The Queen, Mr Trudeau from Canada Angela Merkel’s going to be here, so many world leaders. But also – 300 veterans.”

Carol finished: “Some of us do still need some of that rain Lou and Dan.”

Smiling, Carol was left frozen into her final position on the screen, and it took a couple of seconds for Louise to remember her duties.

“Oo,” she could suddenly be heard saying. “Carol thank you. Thank you very much. 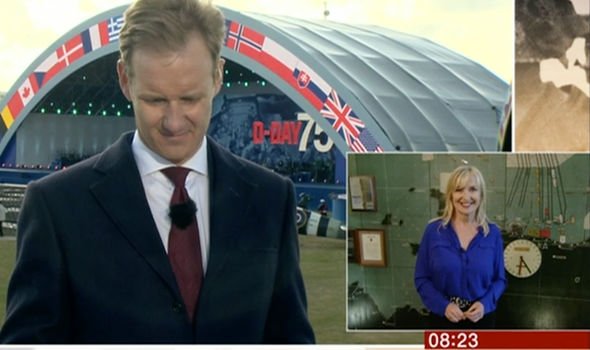 Beginning to giggle, Dan couldn’t resist pointing out the gaffe, and he turned to his co-star.

“Did you nearly get caught out there?” he asked with a glint in his eye.

“I think I was confused,” a sheepish Louise replied, turning red. “Which is not unusual!”

“I would say you’re almost never in a state of confusion,” Dan continued on, and Louise struggled not to laugh.

“I’m never in a state of confusion!” she insisted with a grin. “Not about Carol though.”

BBC Breakfast airs weekdays at 6am on BBC One.