Fans of the US Ghost TV show on CBS might not know that the original BBC Ghosts cast and crew work as producers on both series. However, since the Rose McIver and Utkarsh Ambudkar show depends on the history of Woodstone Mansion, some characters had to change from England to America. While some say that Thorfinn (Devan Chandler Long) is an adaptation of Robin (Laurence Rickard), Long said the BBC Ghosts producers told him very little about his Viking spirit. 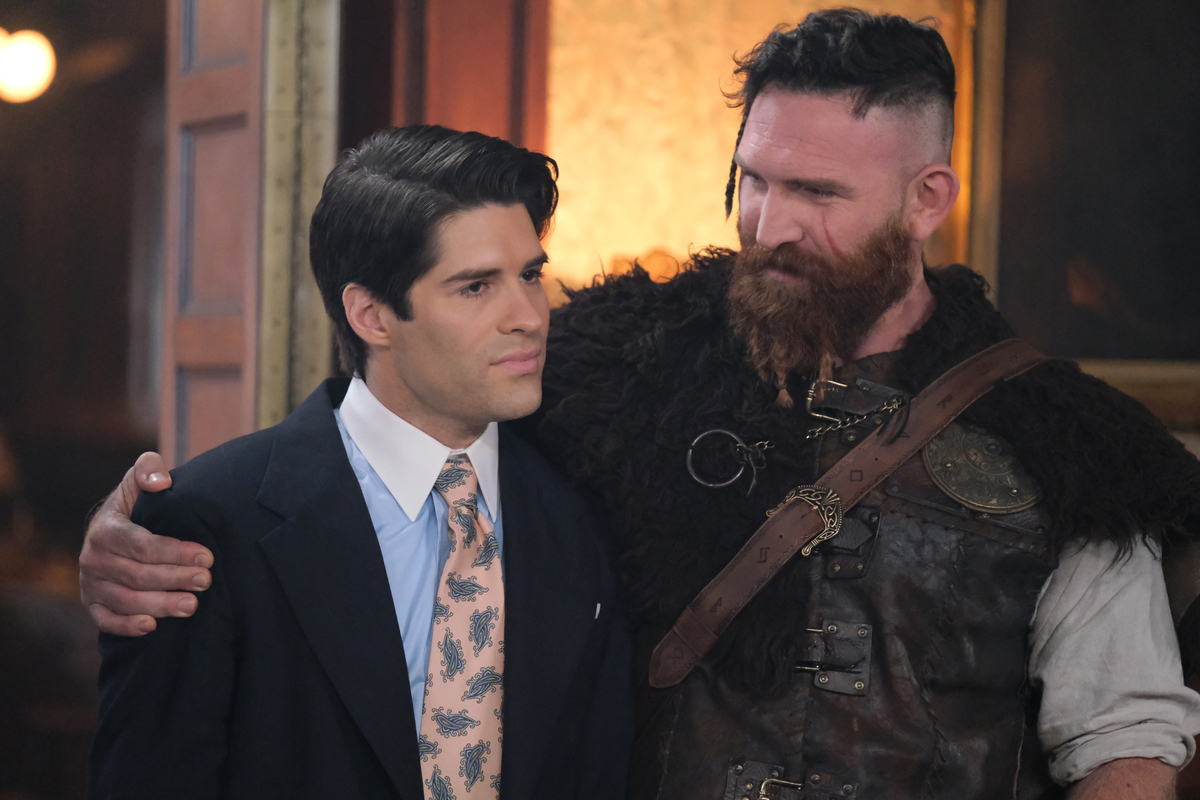 Devan Chandler Long watched the BBC ‘Ghosts’ and loved it

In preparing to join the Ghosts US version, Devan Chandler Long, football player turned actor, watched the BBC Ghosts TV series. And he loved it.

“I did watch it, and it’s great,” he told CourageousNerd. “Those guys are fantastic, every one of them. A lot of people don’t know, but they’re actually producers on our show. They’ve got their hands in both cookie jars. I love what they do, all their characters are so fleshed out. I just love the tone of the show, it’s very dry, and they don’t rush anything.” 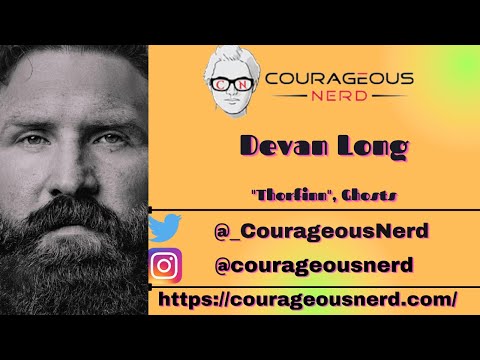 “We’re always talking about backstories. When plots come up on episodes, we’re like, ‘Hold on, wait, if this happened then and Pete died here … so he would’ve known about this. Would we have seen that? Where was I? I probably saw everything happen.’ There are all these things. At the end of the day, you can only use these ideas to inform your approach to the episode.”

The showrunners and CBS Ghosts cast try to keep things looser to give American actors a chance to make the roles their own.

“It’s great that the ‘Joes’ (Joe Port and Joe Wiseman) and the directors allow us to improv. Sometimes it makes sense; sometimes, it doesn’t. It allows us to inform a lot of the way characters develop throughout the season.”

While fans tuned into the CBS Ghosts show and saw the way Thorfinn died first, Long confessed he knew very little about his character going in.

“No one talked to me about anything! You never know what’s going on behind the scenes when shows get started,” Long said about the Ghosts set. “Everyone’s got their idea of something.”

It fell to Long to flesh out his character, like how Román Zaragoza had to learn Sasappis’ story. Once he had an idea of who Thorfinn was, Long went all-in on the loveable Viking.

“When they’re doing the casting process, they don’t want to tell you anything like that. They just kind of give you the idea and see what you bring to the table. I guess they just liked my version of Thorfinn,” Long said. “Essentially, when I got the character description from the first audition. He’s cod-obsessed, kind of lovable, big old lumbering Viking.”

Even though Ghosts Season 1 debuted in 2021, Ghost Season 2 has already received an order from CBS. Long feels like he knows his character despite only a handful of episodes on air.

“I read the breakdown and said, ‘Oh, okay, I think I know this guy.’ I’ve been hanging out with this guy for quite some time. Literally, I just brought him to the table.”

After watching the BBC Ghosts, Devan Chandler Long appreciated the show and its creators.

“It’s a beautiful show, what they have over there. I’m just grateful to have the opportunity to take it and put our wrinkle on it.”

You can catch the US Ghosts Thursday nights at 9 pm EST on CBS.

Who wrote The Queen's Gambit and what is the book about?

The Truth About Suzanne Zeta From Naked And Afraid XL