Naga Munchetty was back on BBC Breakfast today and she was joined by Charlie Stayt and Business Minister Nadhim Xahawi who was on to talk about the furlough scheme and how the government were planning to get people back to work. However, BBC Breakfast viewers slammed the interview today hitting out at the minister for “floundering” when answering Munchetty’s questions.

“There is no point in having people in suspended animation with a false sense that they can continue on furlough infinitely,” Xahawi explained.

“The best way to help people is to ensure we kill the virus and bring people back to work.”

He was interrupted by Munchetty, who remarked: “To be honest, with this suspended animation, it’s not like these people on furlough are sitting at home really pleased they can’t go to work.

“They’re not sitting there enjoying that they are in this suspended animation.” 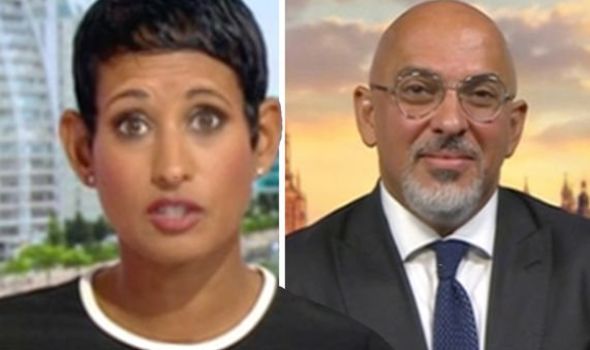 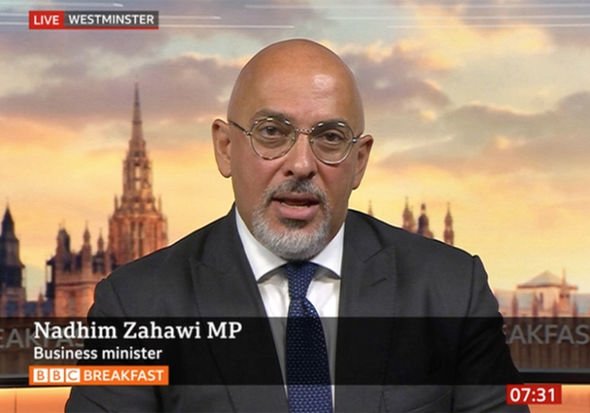 Xahawi explained: “Well, first of all we are seeing people coming back to work.

“It’s about 12 percent of people on furlough now instead of the 25 percent it was.”

Munchetty interrupted again: “So, that’s half. That’s half of 25 percent. 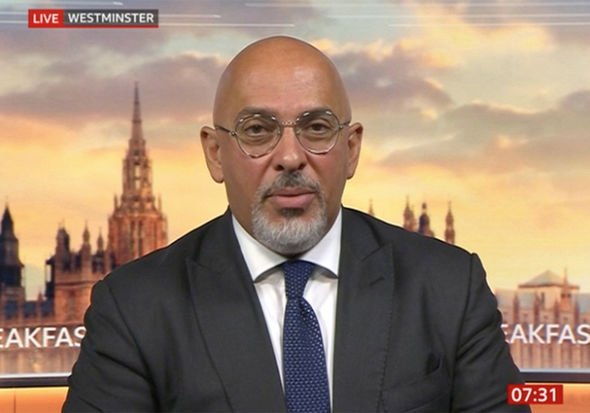 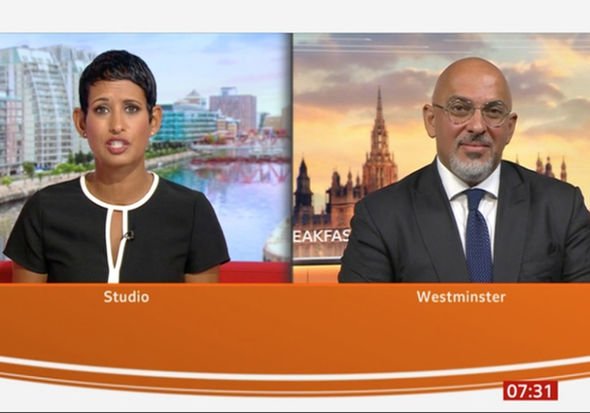 “I am not disagreeing with you and I think extending the furlough scheme until the end of October was exactly the right thing.

“And there is also the fact that companies who keep these people on until the end of January next year will get an additional bonus.

“We are seeing businesses come back, there is a real recovery in the economy.

“And now we need to make sure that continues and to do that you work with the sectors to make sure we can do everything we can to bring them back to profitability.”

Unfortunately, viewers were not impressed with Xahawi’s answers at all and took to Twitter to slam the Minister.

“Zahawi on #BBCBreakfast is yet another train wreck,” one fan tweeted.

Another added: “Great interview from Naga Munchetty @TVNaga01 on BBC Breakfast with @nadhimzahawi.

A third posted: “#bbcbreakfast Does the minister have any idea how this ‘blocking’ technique makes him look?

“He is meant to be explaining and justifying not being the class bully with a grin!”

“@TVNaga01 well spotted, he said we’ve got a deal then he said we’re negotiating a deal – top interviewer keep it up,” added another.

“He just fills in the space with preprepared platitudes, and repeats and repeats. She tried her best.”

BBC Breakfast continues on BBC One daily at 6am.