BAKE Off queen Candice Brown sizzled as she posed with new man Nicky Mercer at the opening night of Shocktoberfest 2021.

The Sun exclusively revealed the winning TV star, 36, had moved on with the TUI regional pilot manager after she split from her husband last year. 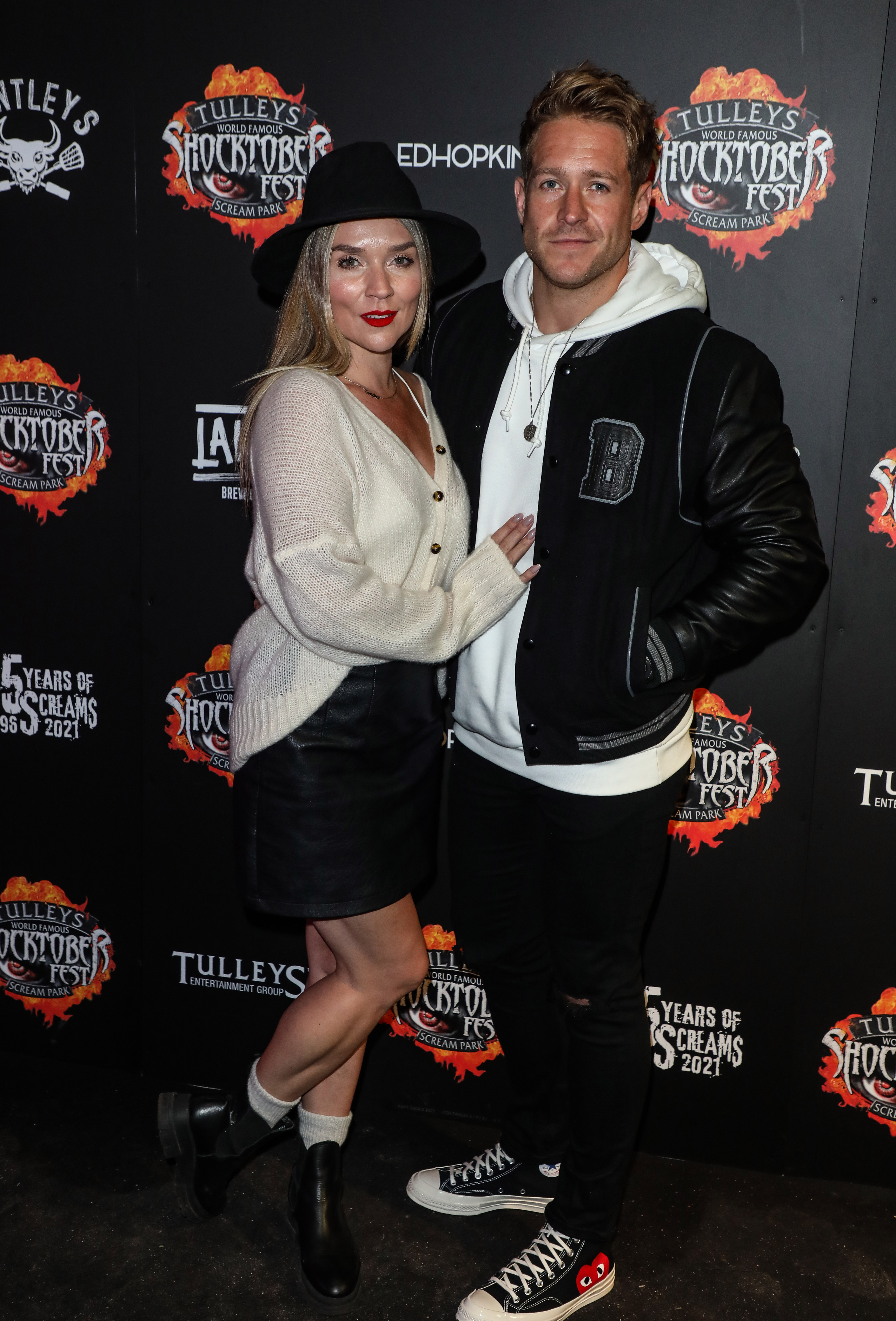 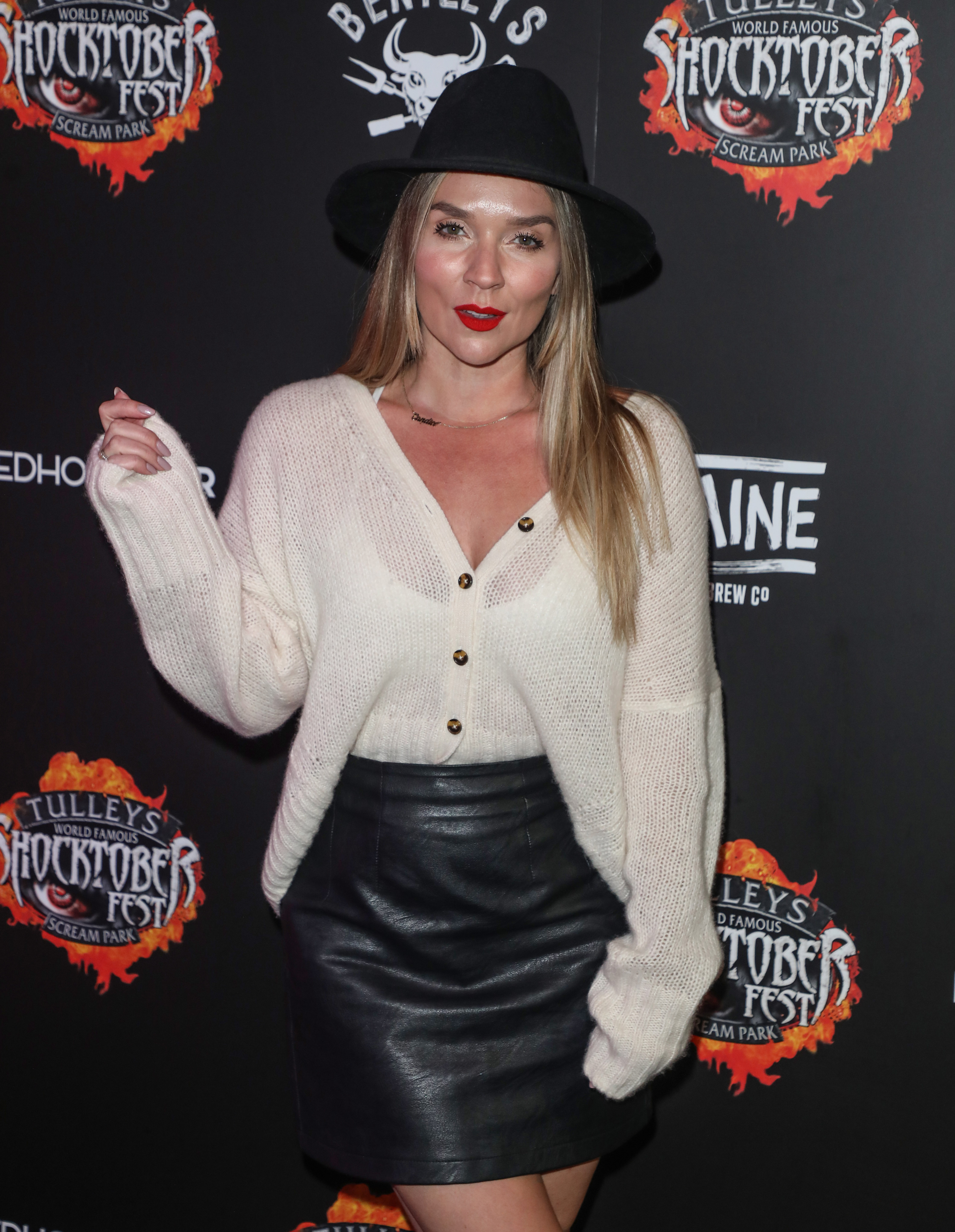 Candice cut a very glam figure at the spooky event in a black wide-brimmed hat with matching skirt and boots.

The cookbook author wrapped up in a cream knit cardigan and added a sexy edge to her look with perfectly-applied make-up and a red lip.

She put on an affectionate display with Nicky, placing her hand on his chest as they posed for pictures outside the event at Tulley's Farm in Crawley.

The pair appeared loved-up as they entered the nail-biting Halloween event before Candice struck out for a few solo poses of her own.

The couple were first spotted this summer on a romantic dog walk.

She wore denim shorts with a blue t-shirt and sunglasses as she carried her Pomeranian Sybil in a sling.

Nicky accompanied her for the romantic stroll in East London and held her other dog, a pug called Dennis, on a lead.

He wore a classic England shirt that showed off his arm tattoos, with sunglasses, a chain and ripped jeans.

Nicky is normally seen donning the pink and black strip of his beloved Aylesbury Rugby Football Club, Bucks, which he plays centre for.

The pair found love after Candice and her tree surgeon husband Liam Macaulay revealed they were going their separate ways, less than two years on from their wedding day.

Earlier this year she spoke about the torment in the wake of the split.
She said: “I had a very difficult year last year — the hardest of my life.

In July, it was revealed that Candice, 36, and tree surgeon Liam Macaulay had ­ separated after less than two years of marriage.

He moved out of their flat above her pub, the Green Man in ­Eversholt, Beds.

Now, former PE teacher Candice has opened up about her mental health struggles — telling how lockdown and having to close her pub has taken its toll.

She told The Burn Chef Journal podcast: “Mental health is something I’ve always struggled with.

“I also got diagnosed with ADHD, hence the disorganisation and forgetfulness.”

She revealed: “On the days we were shut and towards the end of the year I said, ‘I don’t know if I can do this on my own if lockdown happens again.

“I just can’t do it. I need to be on the go all the time and that silence and darkness on top of a brain that can be quite dark anyway was a lot.”

Liam, 33, has told how a kiss between Candice and Bake Off judge Paul Hollywood, 55, in 2017 put pressure on their relationship.

He said: “I’d not long asked Candice to marry me and I had to read reports that my new fiancée was seen kissing Hollywood.”

Months later, she was seen on dating app Raya. 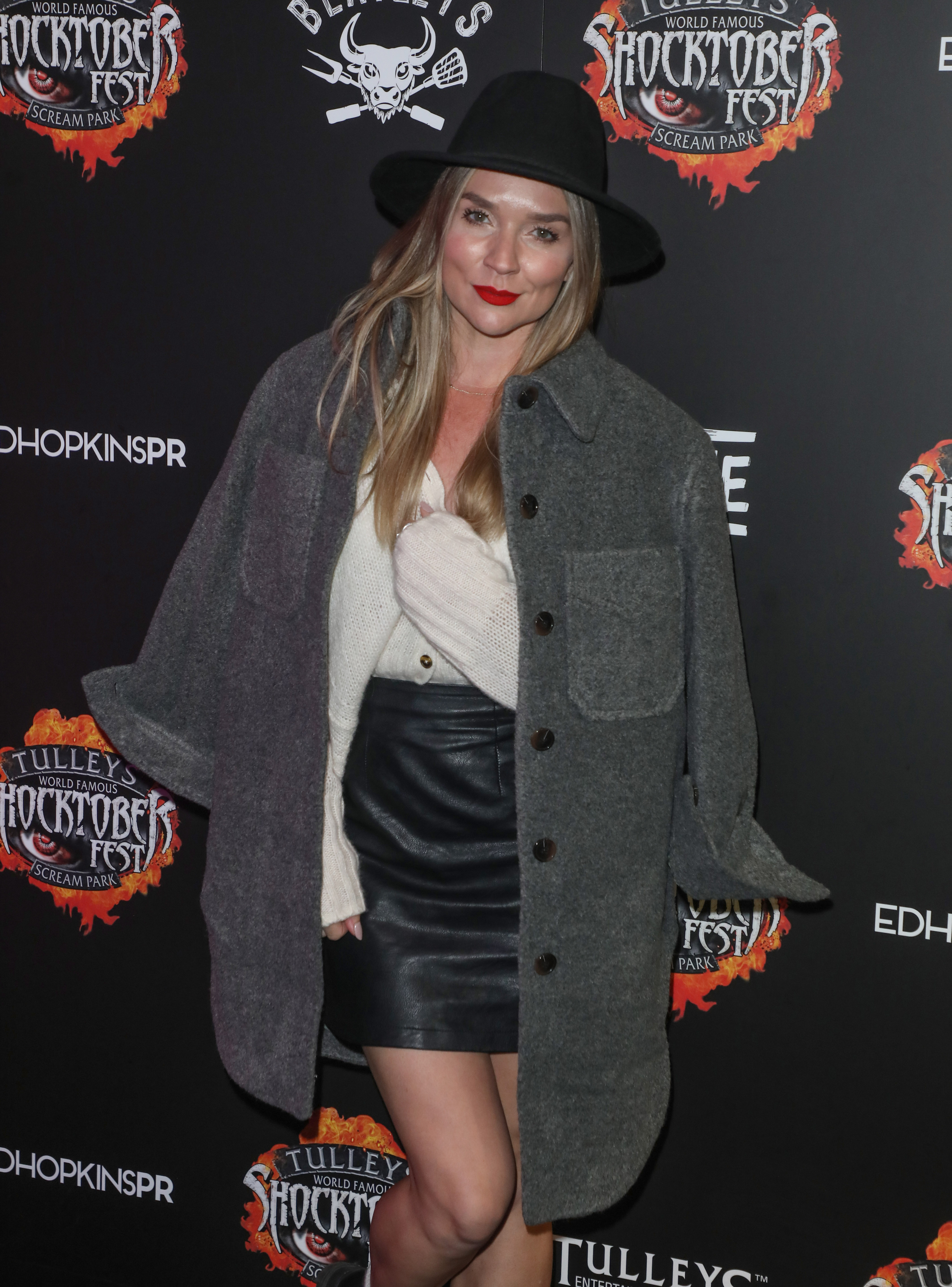 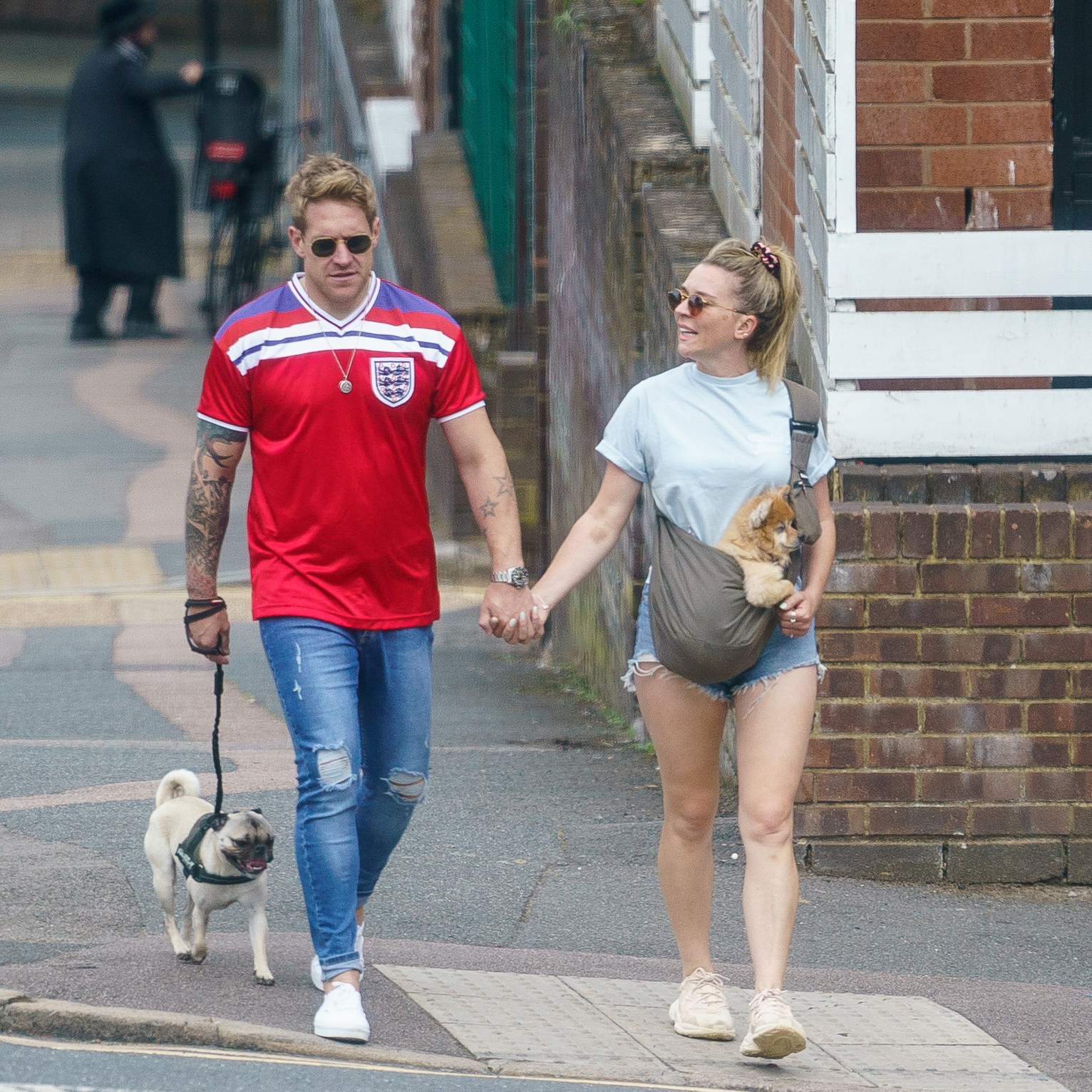 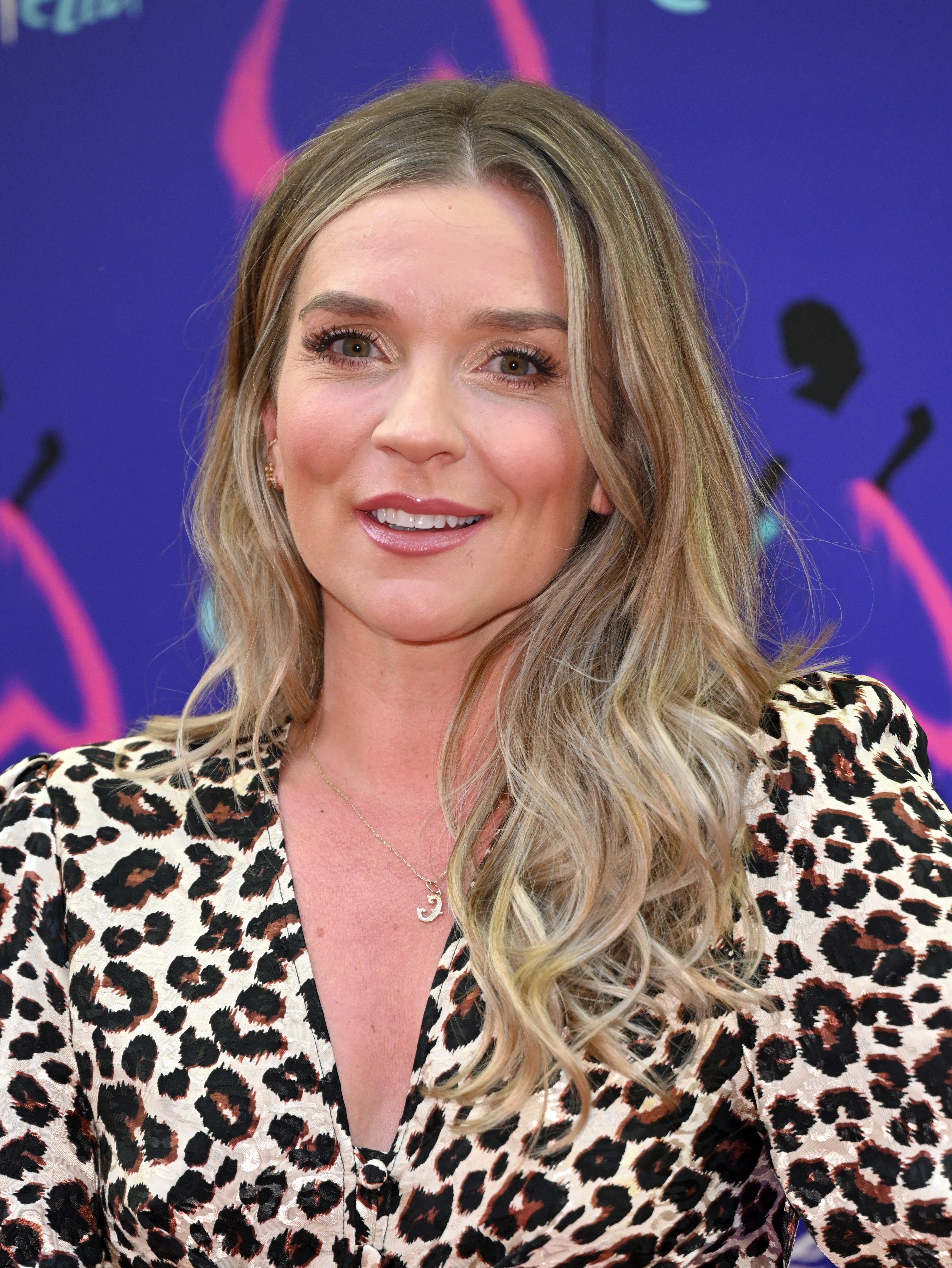 Skateboarding Comedy 'Betty' Picked Up to Series at HBO