After a long wait, the third season of Babylon Berlin is finally making its way to UK screens on Friday, March 6. Picking up after the dramatic ending of series two, Inspector Gereon Rath (played by Volker Bruch) and Charlotte Ritter (Liv Lisa Fries) will be back to tackle a new case in the Berlin’s underworld of crime.

Fans of Babylon Berlin will know the series is well-loved for its distinctive time period.

Set in the glamour of Berlin in the Weimar Germany during the late 1920s, the first two series introduced a world of freedom and sexual liberation.

However, this is balanced by the hints of the growing tension of a political situation set to topple over in the 1930s.

This was explored through storylines of socialist rallies as well as Greta Overbeck’s (Leonie Benesch) involvement in a Nazi plot. 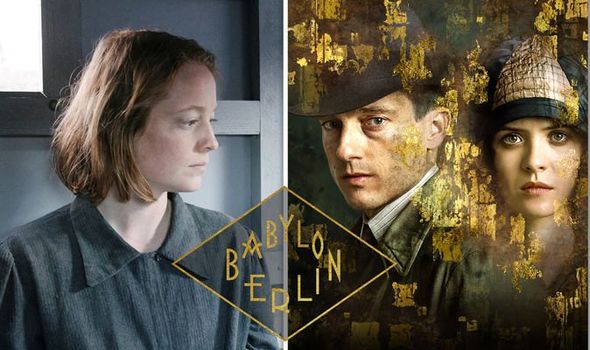 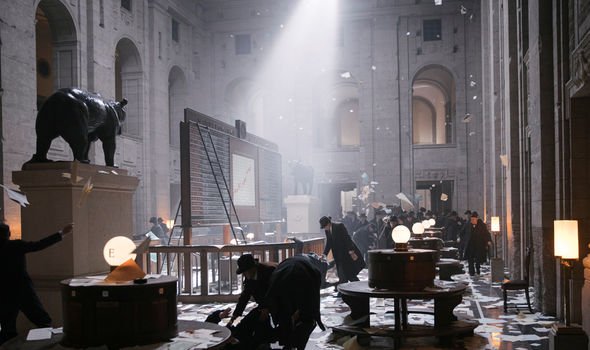 This is the same world, which the third season picks up in as the show returns to Sky Atlantic and NOW TV on Friday, March 6.

In an exclusive interview with Express.co.uk, co-creator Hendrik Handloegten gave some insight about what to expect from the latest season of the show.

Handloegten created the show alongside Tom Tykwer and Achim von Borries with the trio all working together to write and direct the series.

He explained how not much time has passed between seasons two and three, as the show picks up after a famous actress dies in suspicious circumstances. 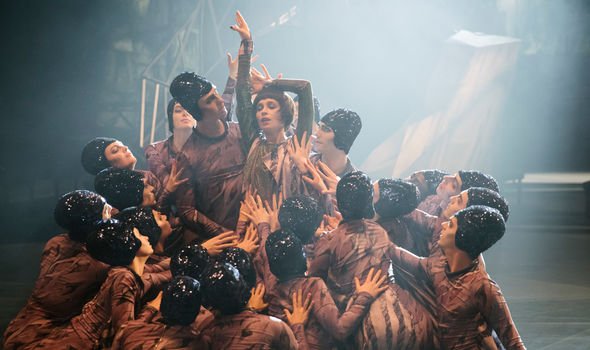 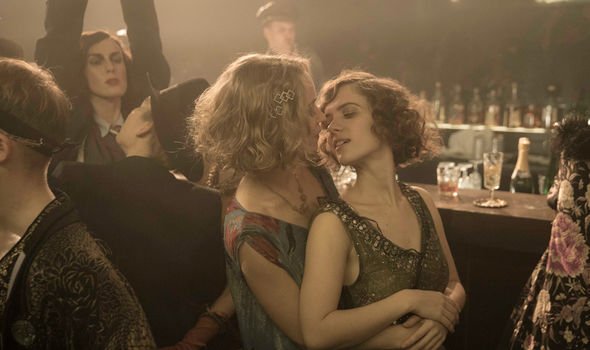 He said: “We are we are making a very small jump only three months, we’re still in the year of 1929.

“And that’s because of one main reason – one very important thing for the fate of the Weimar Republic had happened in the fall of 1929 and that was the stock crash.”

Viewers familiar with their world history will know how important the stock market crash was across the globe.

However, its impact in Germany was particularly stark as it spawned the depression era, which is generally considered to have played a part in allowing the Nazi party to rise.

This is something, which Handloegten revealed he and his co-creators constantly tried to balance when making the hugely popular series.

DON’T MISS…
Das Boot season 2 release date cast trailer plot: When is it out? [INSIGHT]
The End on Sky: Who has the right to die? Cast reveal their thoughts [INTERVIEW]
The New Pope start date: What time does it start? How many episodes? [PICTURES]

As while with hindsight viewers know what period of Germany follows this, obviously the characters do not.

He explained: “We do know that but the characters don’t know that, which is one of the most important things that we try to point again and again.”

This is something which he explored with the actors and his co-writers when they were working on the scripts.

He said: “Nobody knew what was going to happen and that’s the same feeling that we have nowadays you know with all these dark clouds in the sky.

“You name it, we have it with climate change and viruses. So there’s always something lurking around the corner and, and I think this is the feeling of the Weimar Republic.”

He added: “Of course Berlin in the late 20s and beginning of the 30s was still a very liberal city. It was a very cosmopolitan city – everybody from all over the world gathered there. Then from one day to the other all this ended.”

And this is something which Handloegten thinks makes the show so relevant to viewers today, and in part may be why the show has been so successful.

He explained: “There are some echoes in our times. So I think this is one of the reasons why people can relate so well to the show.

“And it doesn’t feel like it’s a period piece although people are dressed in a much better way than today if I may say so. But it feels very modern.“