Home » TV » Away cast: Who stars in the Netflix series with Hilary Swank and Ray Panthak?

Fans of the Hilary Swank and sci-fi drama will be pleased to hear new Netflix series Away will be landing on Netflix in September.

It is an epic drama on an epic scale that follows astronaut Emma Green as she embarks on a treacherous mission to Mars commanding an international crew – and if the cast is anything to go by, this is a must-watch. 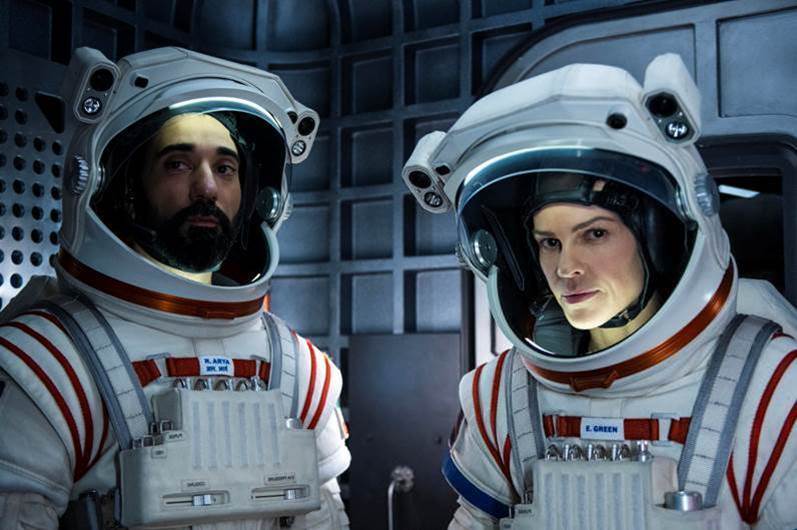 Who is in the Away cast?

Hilary Swank is an American actress and film producer. She plays Emma Green, an American astronaut and former Navy pilot. She is the commander of the first mission to Mars.

She has acted in the series Trust, Beverly Hills 90210, Leaving LA and Camp Wilder.

Swank has made her name in movies such as What They Had, The Hunt, 55 Steps, The Resident

She won an Oscar for her performance in Million Dollar Baby.

Charles is known for his roles of Dan Rydell on Sports Night and Will Gardner on The Good Wife.

He has been nominated for two Primetime Emmy Awards.

Horror fans may reckognise Bateman as Annabelle from the 2017 horror film of the same name.

She began her acting career as a child in an episode of the television series The Middle.

Mark Ivanir plays Misha Popov, a Russian cosmonaut and engineer on the mission to Mars alongside Emma Green.

He also had a role in Barry Levinson's What Just Happened, opposite Robert De Niro.

Ato Essandoh plays Kwesi Weisberg-Adebayo, a world-renowned botanist who carries with him the hope of growing life on Mars.

Essandoh is an American television and film actor, known for playing Vernon Elliot in Altered Carbon.

The English actor is best known to UK viewers as Hassan B, the enemy of to Sacha Baron Cohen's Ali G in Ali G Indahouse.

He appeared in and produced 2006 film Kidulthood.

Wu plays the role of Lu Wang, a chemist and astronaut representing China.

Chinese actor Wu was cast in Heaven & Earth and The Joy Luck Club.

She also starred in The Pillow Book alongside Ewan McGregor.

When is Away out on Netflix?

Who is Sophie Piper? Meet the Love Island 2020 contestant and Rochelle Humes’ sister – The Sun