Antiques Roadshow is currently showing repeat episodes during it’s BBC One slot on a Sunday evening. During a previous series, jewellery expert John Benjamin took a closer look at a dual set of ruby and diamond pieces. The owner, who had inherited the pendant and earrings, was pleasantly surprised when she learnt the true value of such pieces.

“A red box containing ear clips and a blue box containing pendants with red and white stones – and that’s kind of all you know about these?” John began.

The lady replied: “I know they were my great-gran’s and I was named after her.

“My great-grandad was the Mayor of Leicester, early 50s and she was the Mayoress and that’s about it really.”

“The Mayor of Leicester because looking at the lid of the boxes, George Tarratt of Leicester,” John revealed. 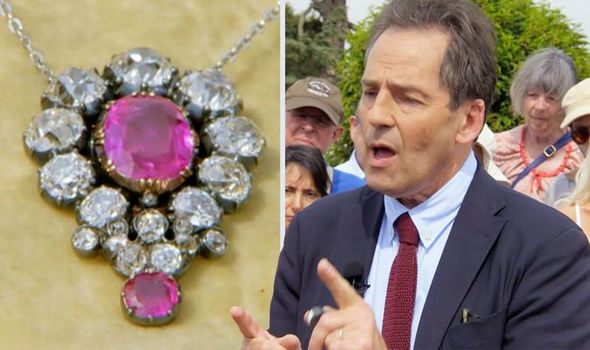 The camera then zoomed in on the red box and the expert continued: “Earrings first; red stones, white stones, possibly made around 1935.

As for the other item in question, John said: “Then we move onto the pendant, now you don’t know, this could be glass -“

“Yes, I don’t know,” the guest interrupted to clarify. 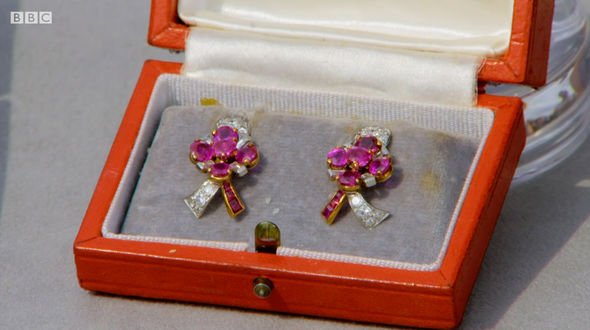 “So if I were to say it were glass, you’d have to accept that,” John remarked.

“Well, no, I think this is actually rather wonderful, because this is a large ruby in a surround of old Victorian cut diamonds.

“Rubies are very interesting gems, if you watch the Roadshow on a regular basis, we do not see many rubies.

“We see sapphires and we see diamonds, but we don’t see many rubies and there’s one good reason for that, they’re actually quite rare. 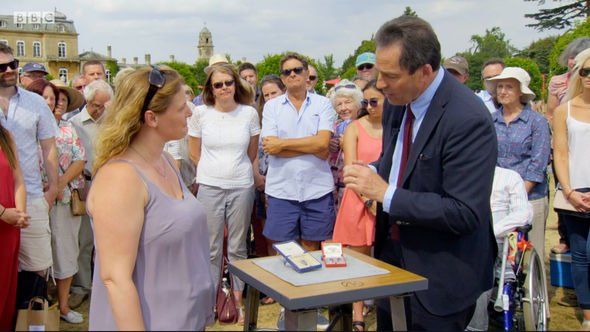 “This ruby though is an old ruby, coming from the old mines in Burma or India,” he revealed.

“Now the only way we can establish, where there ruby comes from, categorically, is to send it off to a laboratory who will test it to establish exactly where it came from,” John explained.

“And you may say ‘why would you bother?’ It’s because rubies that come from Burma are worth more than those from India.

“Now I’ve examined it quite carefully with my lens, and it’s borderline but I think it might be Burma,” he remarked. 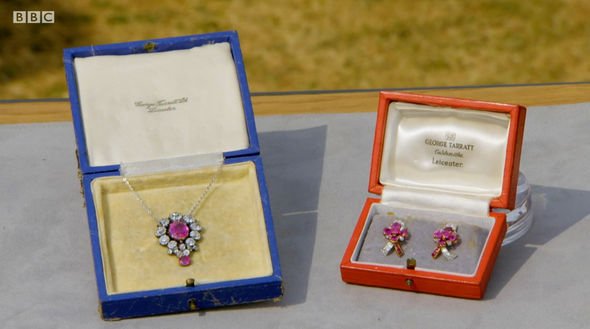 “You will see it’s in a cluster of these old diamonds, in a slightly graduated formation – they’re old Victorian cut diamonds.

As for how much each item was worth?

“I think the earrings are very wearable and very sellable, they’re not big, but they’re commercial,” John added.

“The pendant, well I think the ruby weighs around 3-3.5 carats.

Antiques Roadshow is airing repeats on BBC One at 8pm and you can watch previous episodes on the BBC iPlayer now.