He was delighted to take a trip down memory lane when the stunning silver item, adorned with gems, arrived for valuation at Stonor Park in Oxfordshire. 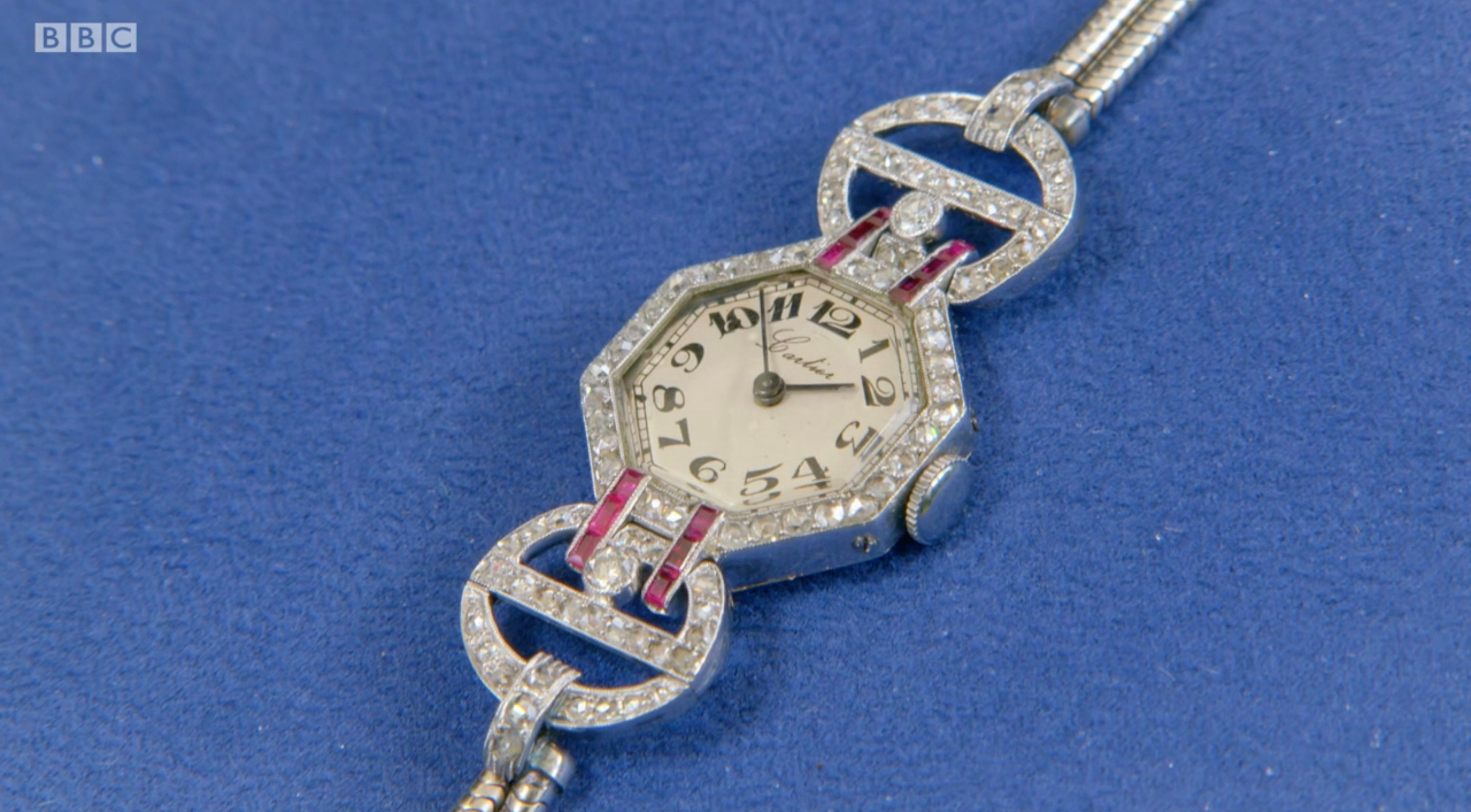 BBC One stalwart John gushed: "This is an absolutely charming little bracelet watch and I have to be honest with you, it reminds me of the very first piece of jewellery that I ever recorded on a Roadshow nearly 30 years ago.

"And it was a Cartier wristwatch.

"You’ve brought along a beautiful Cartier wristwatch – now what’s your story with it and where has it come from?"

The owner told how the eye-catching item, displayed on a royal-blue cloth, was his wife's and passed down through her family from a great aunt. 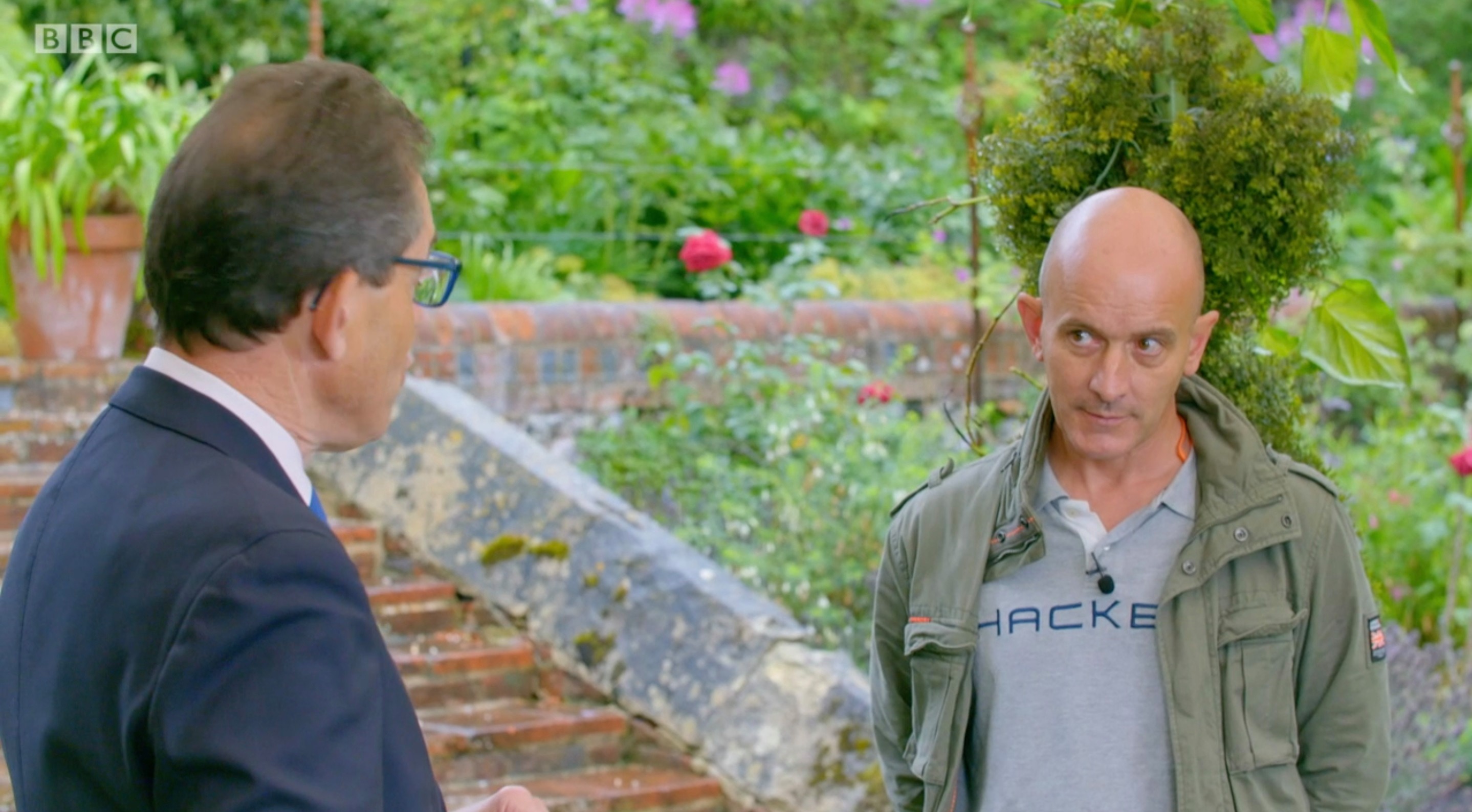 He estimated it was from the 1930s, after which John suggested it was created a decade earlier.

And after giving it the once over, the Antiques Roadshow presenter spotted a glaring issue.

Standing outside in the grey weather, he said: "If I look at the tongue piece, it’s stamped, is nine-carat gold. In other words, the strap is completely wrong for it.

"Finally, when we look at the marks on the back, did you happen to notice that mark there? That’s a little French platinum mark. 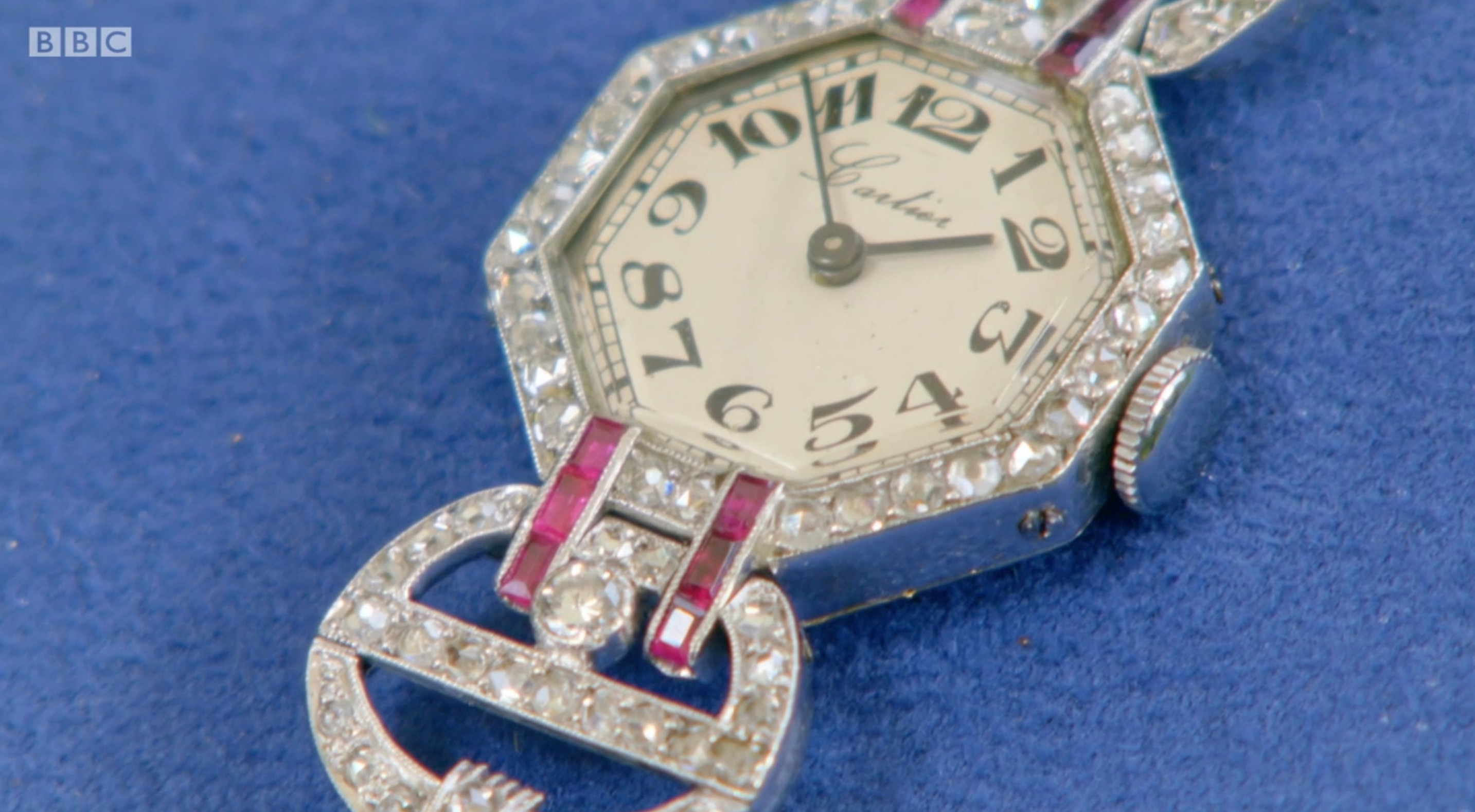 "So, the watch head we’re assuming is Cartier. That strap though is not right."

He then told the guest, who wore a grey T-Shirt and khaki coat the impostor strap could have "an impact on the price."

Yet, this would not make a huge dent in the estimated worth.

John added: "Cartier is one of those names that everyone looks for. 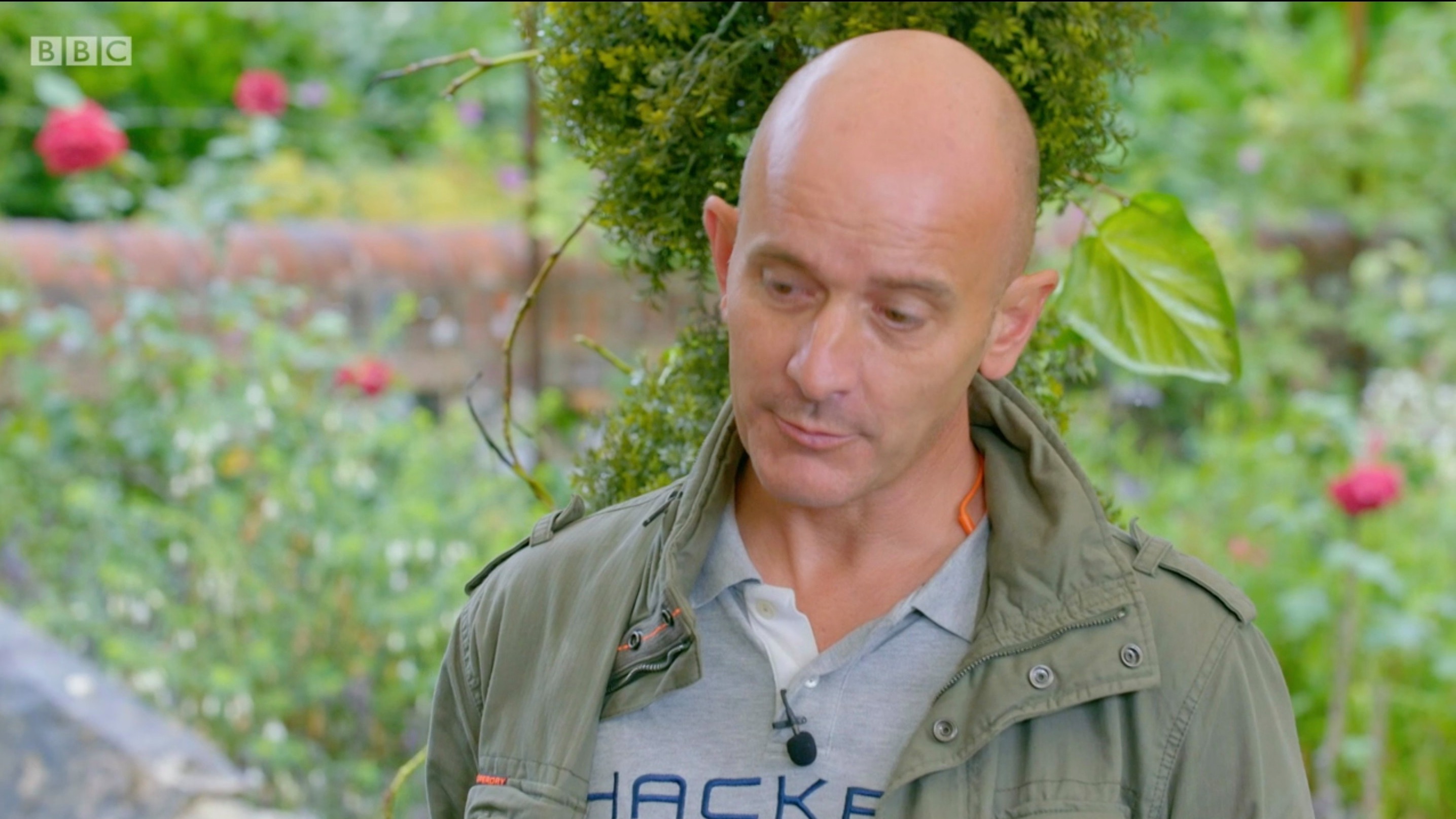 "In the world of jewellery, if anything is by Cartier, it makes a good price.

"Having said that, there’s a little bit of wear and so I’m going to take that into account.

The guest appeared chuffed with the outcome, and thanked John for his detailed explanation. 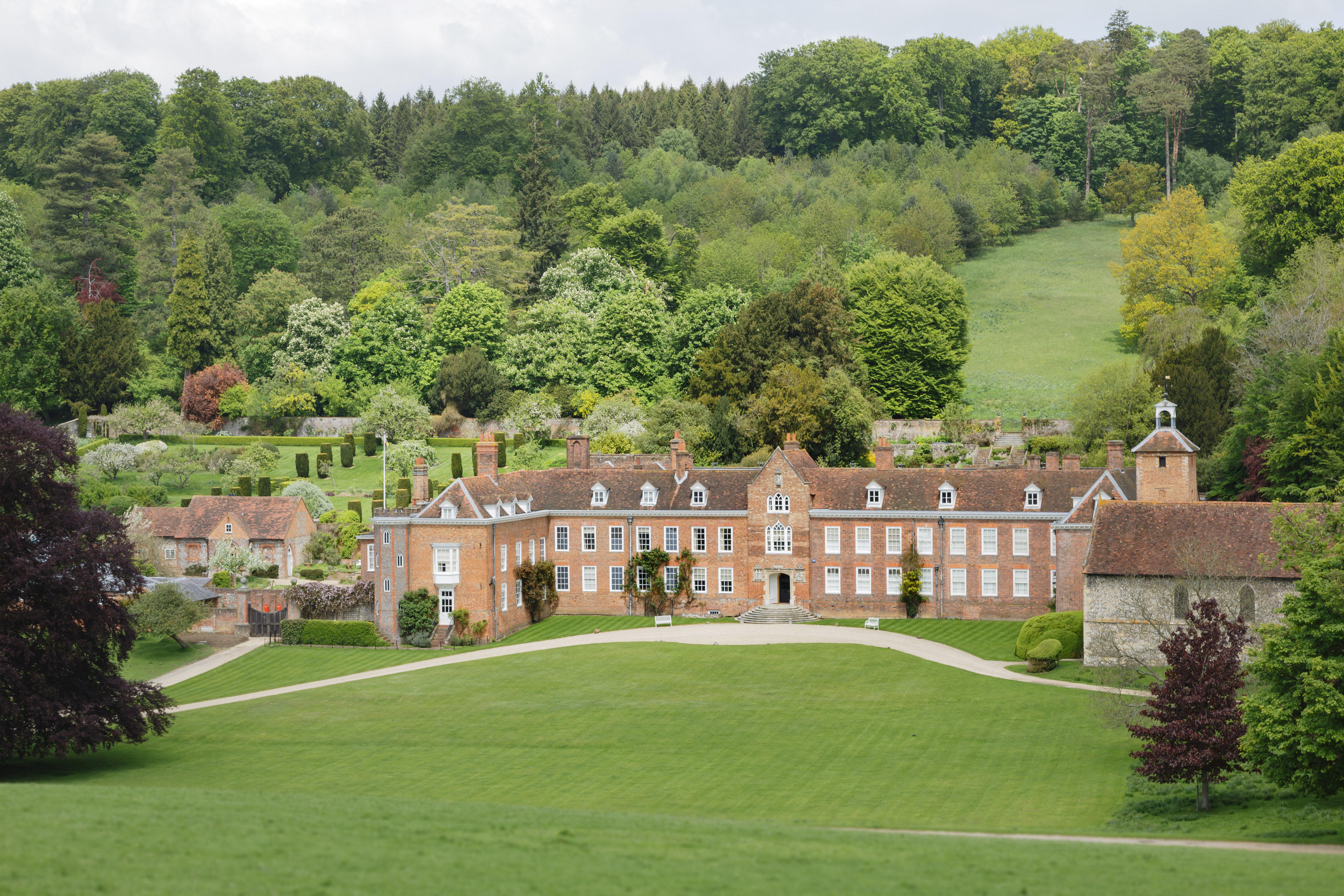 Earlier in the episode, he admitted his wife wore the item "once a year".

He told how they both loved it because it was something different.

Previously, a BBC show guest was left stunned at the value of a statue he found in a compost heap.

Another giggled as he realised the whopping £20,000 value of his old clock.