Duggar family followers are all aware of the latest Josh Duggar news. In April 2021, federal agents arrested the oldest Duggar child on suspicion of downloading and obtaining child sexual abuse material. And everyone’s wondering what Anna Duggar, Josh Duggar’s wife, will do next. Now, we’re looking back at the time Anna’s brother offered to help pay for her to move away from Josh when his first scandal hit in 2015. Here’s what happened.

Josh Duggar’s arrest has shaken up the Duggar family

Josh Duggar’s 2021 arrest isn’t the first time the oldest Duggar family son brought eyes upon the family. But it did cost his siblings and parents their TLC series, Counting On. Now, multiple members of the family have spoken out regarding Josh’s situation. And it seems they’re all in agreement that they want the truth of the situation, whatever that may be.

So, why did Josh Duggar get arrested? According to Homeland Security Investigations Special Agent Gerald Faulkner’s affidavit, FBI agents tracked downloaded child sexual abuse material back to an IP address at Josh’s workplace, Wholesale Motorcars. Josh pleads not guilty to the crimes thus far. And some suspect Jim Bob will push for Josh to accept a plea deal.

As for Anna, she continues to stay out of the spotlight. She’s pregnant with their seventh child and hasn’t posted anything to social media since the arrest.

Anna Duggar hasn’t said much in the wake of Josh Duggar’s arrest. But she’s spoken in the past regarding scandals that took place years ago. In 2015, the media caught wind that Josh allegedly molested young girls years prior. Not only that, but he also allegedly cheated on Anna and had a pornography addiction. Both Josh and Anna spoke on these situations at the time. Anna was clearly upset by Josh’s conduct. But she trusted in God to get her through the tough times, and she still believed she and Josh could save their marriage.

It seems Anna’s brother, Daniel Keller, didn’t trust Josh, though. In response to a Bible quote Jessa Duggar posted to Facebook, People reports he commented, “Think for a min about the victims. Tell me how you would feel if someone cheated on your sister and brought so much disgrace to you and your family.”

“I have told her I would pay for her to move out here with me and pay for her kids,” he continued on social media. “I don’t think Josh will see that this is a big deal and be truly broken until that happens.” He then added that Josh hadn’t come “to true brokenness yet,” and that he would continue to try and get “that pig out of our family.”

Are Josh and Anna Duggar still together? Reports suggest they are 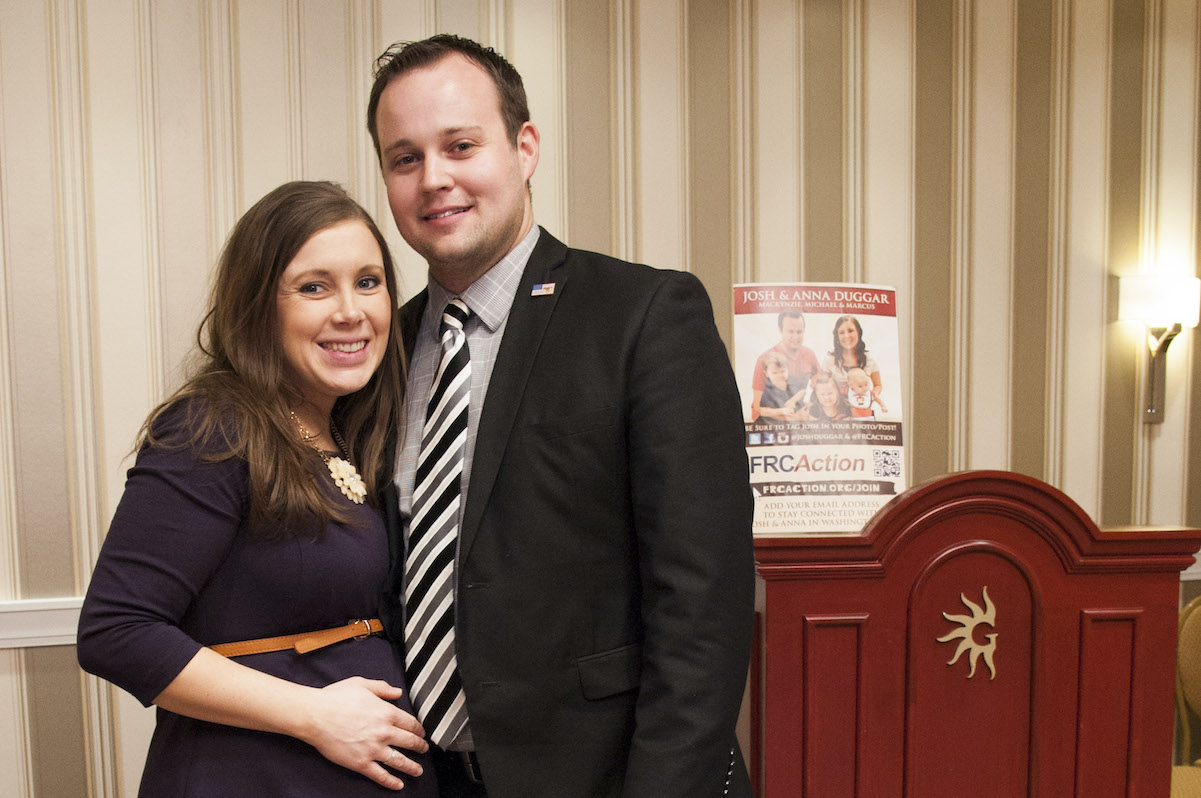 Arrest aside, are Josh and Anna Duggar still married? Recent reports claim Anna continues to stick by Josh Duggar’s side despite the evidence allegedly stacked against him.

A source told The Sun that Anna opts to stay with Josh at his host family’s house. As for their six kids, her family allegedly cares for them. Josh reportedly lives with the Reber family — friends of the Duggar family. “Anna is spending most of her time with Josh at the Rebers, and her family has stepped in to help raise all their kids,” the insider claimed. “She takes them to visit him or they are looked after while she’s there alone. Despite what he’s been charged with, she refuses to believe he’s guilty.”

How to get help: If you or someone you know has been sexually abused, text HOME to the Crisis Text Line at 741741 for free and confidential support.