AGT'S Nightbirde revealed her feelings after dropping out of the competition: "this isn't how the story was supposed to go."

Nightbirde, whose real name is Jane Marczewski, withdrew from the show to focus on her cancer battle. 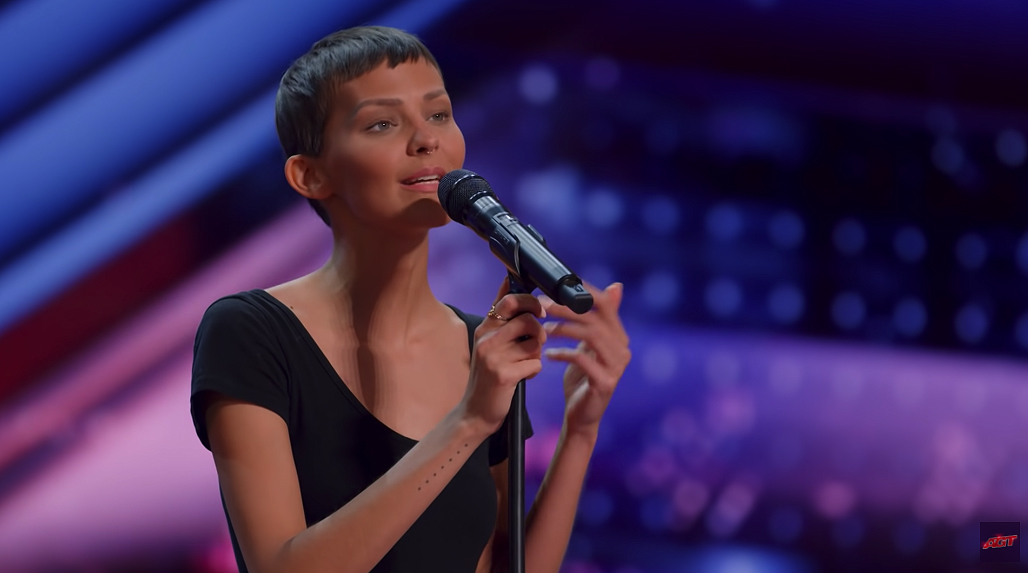 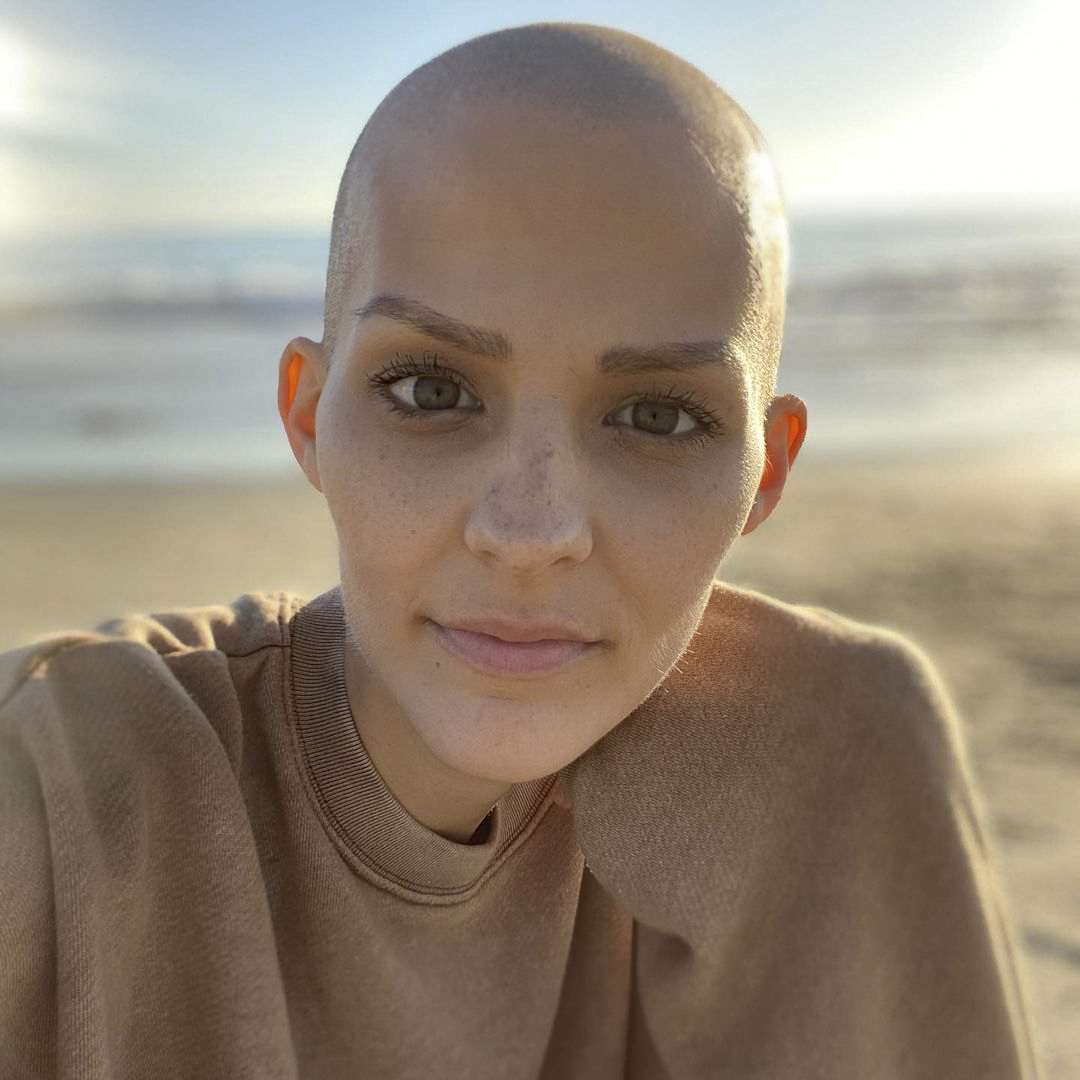 The singer took to Instagram yesterday to share her grief following the show's finale, which she was predicted to be in.

The 30-year-old posted a video of a bunch of balloons floating away in the sky over the ocean.

She's heard talking to someone in the background saying: "How many more wishes do we get?

"Is this like compounding the wishes we already made, or are these individual wishes?"

The former contestant reflected on her experience on the talent series in the caption writing: "It’s so hard for me to not be on the @agt stage for the finals this week.

"I bet you never saw someone win so hard and lose so hard at the same time. This isn’t how the story was supposed to go."

She continued the post, talking about her faith in God and hopes for the future.

"I spend a lot of time squeezing my eyes shut and trying to remember what I believe; counting my breaths in the grief cloud; burying my face into God’s t-shirt.

"I remind Him sometimes, (and not kindly) that I believed Him when He told me the story He wrote for me is good, and that He never stops thinking of me.

"I must be a fool in love, because even from under all this debris, I still believe Him. And when I’m too angry to ask Him to sit on my bed until I fall asleep, He still stays.

"Someone released a fist full of wishing stars at sunset (STAR BALLOONS?! I mean WHAT!!) and yes, I sure did wish on every one.

"Here we are, you and I, signing off on the risk of REBELLIOUSLY HOPING for better days. Let us not be blind to our own glory.

"I’m raging and crying and hoping with everyone who needs to rage and cry and hope tonight. Also wishing on helium balloons," she concluded.

Fans commented on the post with their words of support for the inspiring singer calling her a "beautiful soul" and a "winner to us."

Nightbirde recently made a surprise appearance on the show via Zoom leaving judge, Simon Cowell in tears.

Simon told Jane: “Hello, Jane… Well, we’ve spoken a few times, and look, you made the decision, rightly so, that your health is your priority right now. And I know that the last time we spoke, you actually said you feel like you let people down. Well, I just want to say on behalf of all of us, you haven’t let anyone down."

He went on: "Even though you haven't competed, you've already won. As Terry said, your clip has had such an impact on so many people and your courage and who you are.

“The most important thing is your well-being and your health and your recovery. And on behalf of all of us here, we’re sending you our love, our prayers, and we can’t wait to see you again soon. And thank you so much for auditioning on the show, and for singing such a beautiful song. You know, it was … "

Howie Mandel added: “The entire world is suffering adversity right now, and you are the poster human for courage in the face of adversity, for poise, for beauty, and for fight. And that’s what we all need to do."

Nightbirde told the judges and audience: “I love all of you right back and I cannot say thank you enough for the opportunity to have a moment to share my story,” she said.

“I think we’re witnessing such a beautiful picture of the human spirit and the triumph of the human spirit, and I think it’s restored my faith in humanity a whole lot, to see people come together just over the fact that we all hurt and we all suffer and we all have the potential to overcome. This is the most beautiful thing that’s ever happened to me in my life.”

Taking to Instagram on Tuesday, Nightbirde shared a screenshot of her tweet that read: “Don’t you want to see what happens if you don’t give up?”

Nightbirde captioned the post: “This isn’t just about my story, maybe it’s about yours too.”

The caption concluded with the hashtags #seeJaneWin, #seeJaneWinAgain and #nightbirde.

Last month, Nightbirde appeared on Cuomo Prime Time, admitting to host Chris Cuomo: "Well, to tell you the truth, I've been curled up in a ball like a cocktail shrimp, having an A-plus pity party for myself, because it's just been a bad, bad month. It's been really, pretty devastating."

The interview was the singer's first public appearance since she announced on Instagram Monday she had dropped out of America's Got Talent after her health prognosis worsened.

However, Nightbirde confirmed: "I'm not a quitter. So it was really, really hard for me to say that I couldn't finish the show. I got shocking news less than a week ago about cancer regrowth that has taken over my lungs and liver. So my liver right now is mostly cancer. More cancer than liver in there right now.

"But like I said, I'm planning my future, not my legacy. Some people would call that blind denial. I prefer to call it rebellious hope. And I'm not stopping anytime soon."

Chris asked her: "Have you always been like this."

She responded: "I don't know. I think when you're faced with so many blows to the gut in a row like I have over the past several years, you find out what you're made of in a sense, and you're given the opportunity to choose what you want to become. So no, I don't think I was always this way."

The AGT source previously revealed to The Sun Simon Cowell made an emotional phone call to Nightbirde, telling her the “door is open” for a return to the show.

She previously announced she was withdrawing from the competition series to focus on her battle with metastatic breast cancer.

After sending in an audition tape to AGT she was invited on the show and wowed Simon and his fellow judges with her moving performance of an original song called It's Okay.

She instantly won over an emotional Simon who honored her with the coveted Golden Buzzer, while the other judges and the crowd gave her a standing ovation and rapturous applause.

A show source subsequently told The Sun: "Simon called Jane personally when he heard the news.

"She made a big impact on him, he thought her audition was amazing and from the heart.

"He was genuinely really upset to hear about her cancer, it really affected him and anyone watching could see he was close to tears."

The insider added: "They spoke on the phone for a while and Simon offered her any help and support that he and his team can give and told her that the door is open when and if she feels ready to come back.

"He just hopes she can beat this and make a full recovery, he thinks she’s very talented and an amazing person and was incredibly moved by her audition.”

Simon's team has stayed closely in touch with Nightbirde since her audition in June.

Nightbirde announced her exit from the AGT finals on Instagram last month, saying her health had deteriorated.

She wrote alongside a black and white photo of herself: "Sharing my heart with the world on AGT has been an honor and a dream come true. My point of view this summer has been astounding.

"What a miracle that the pain I’ve walked through can be reworked into beauty that makes people all over the world open their eyes wider."

She continued: "Since my audition, my health has taken a turn for the worse and the fight with cancer is demanding all of my energy and attention.

"I am so sad to announce that I won’t be able to continue forward on this season of AGT.

“Life doesn’t always give breaks to those that deserve it – but we knew that already.”

Nightbirde concluded: "Thank you for all your support, it means the world to me. Stay with me, I’ll be better soon. I’m planning my future, not my legacy. Pretty beat up, but I’ve still got dreams."

The entertainer became an overnight sensation after her incredible audition with a video of her performance racking up a staggering 30 million views on YouTube.

Simon recently told ET that he thinks Nightbirde would have made it all the way if she stayed in the competition.

"Would she have won tonight? I think she probably would, actually," the AGT judge said. "And I think she knows that deep down."

"Having said that, she knows she made the right decision," he added.

How took over the top prize over runner-up, Aidan Bryant who wowed viewers with his dangerous aerial routines.

Dustin was awarded a one million dollar prize, as well as a headline show in Las Vegas. 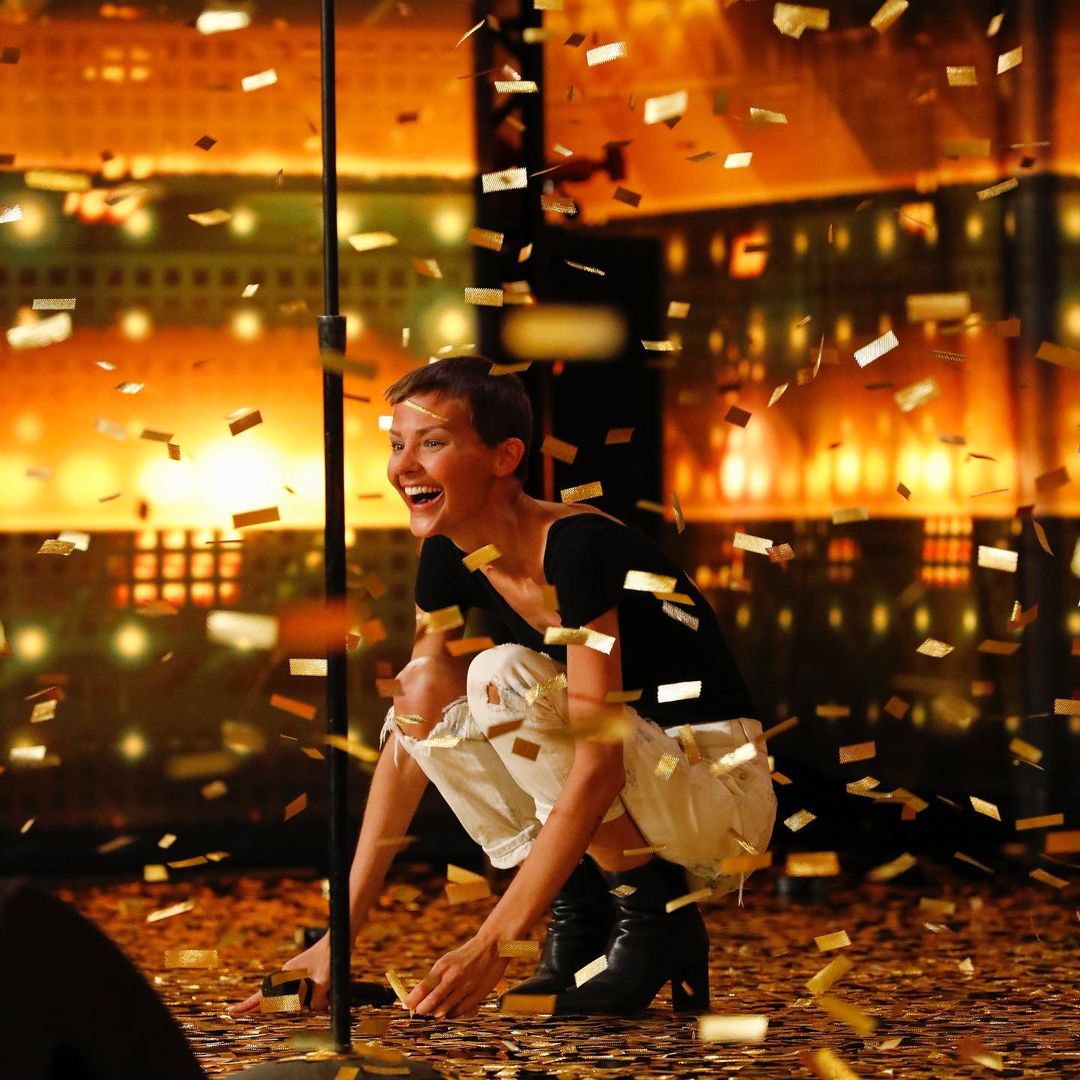 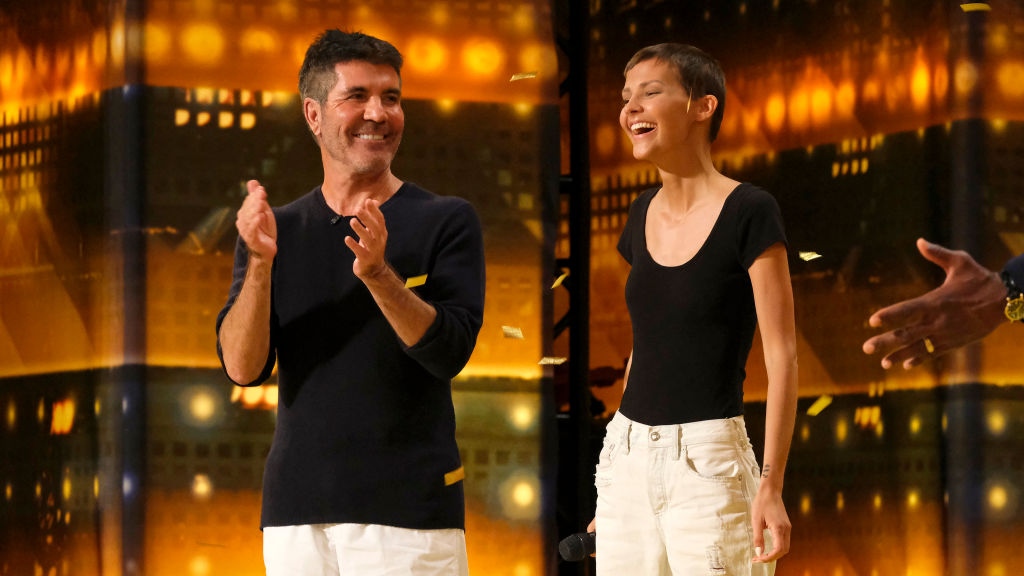 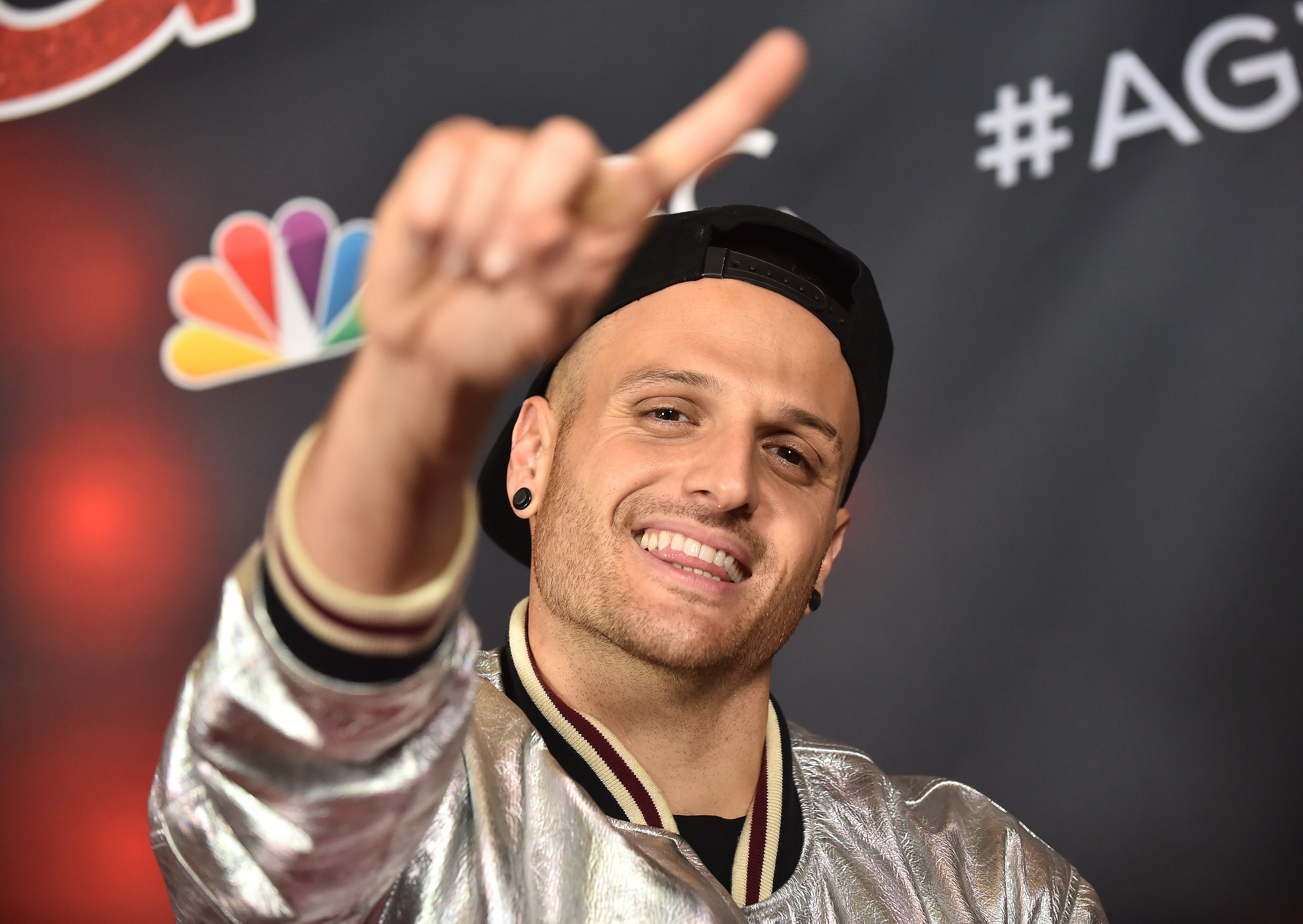