A Place in the Sun: Couple criticise lack of pool space

“An English home in Greece,” is what Tuesday’s A Place in the Sun house hunters Ginny and Tony were after as they accompanied presenter Laura Hamilton to the Mani Peninsula. With a budget of £230,000, the pair called on the Channel 4 host to line up five fabulous properties they could see themselves enjoying their retirement in. However, straight from the get-go, the couple’s long list of requirements led to a rather tense clash with Laura – particularly over property number one’s pool.

Kicking off the house hunt, Laura had a three-bedroom upside-down house in the village of Rigklia, situated an hour away from Kalamata airport and 15 minutes from the beach.

And the property fell well within the pair’s budget, on the market for £229,729.

However, as soon as the A Place in the Sun guests accompanied Laura to the first property, they wasted no time in sharing their lukewarm response.

Right away, Tony was eager to hear about if the property had a pool – and was far from pleased with the answer. 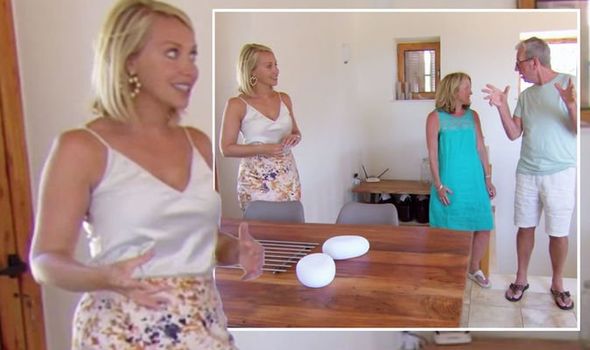 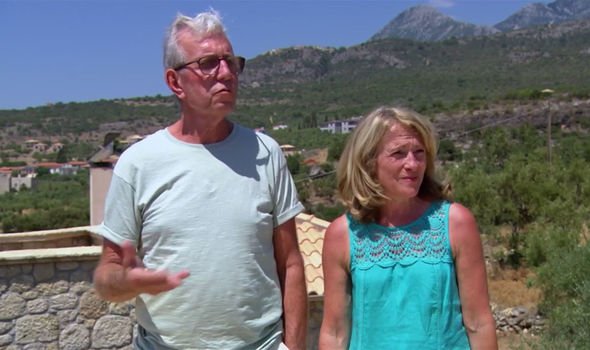 “It’s interesting,” a rather reserved Tony said upon seeing house number one. “Style is fine, stonework is lovely.”

Laura explained the open spaces surrounding the property were split between the property and the neighbouring home, but pointed out this would require very little maintenance.

But keen to learn more before even stepping foot inside, Tony probed: “Where would you put a pool?” 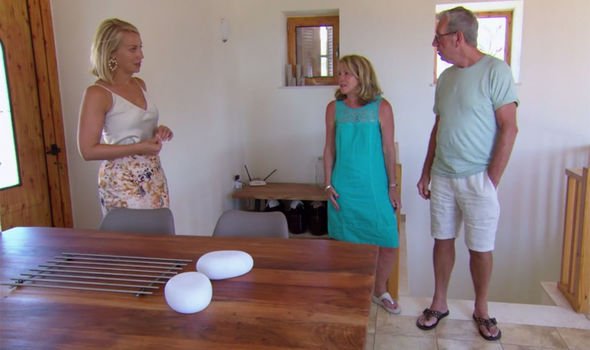 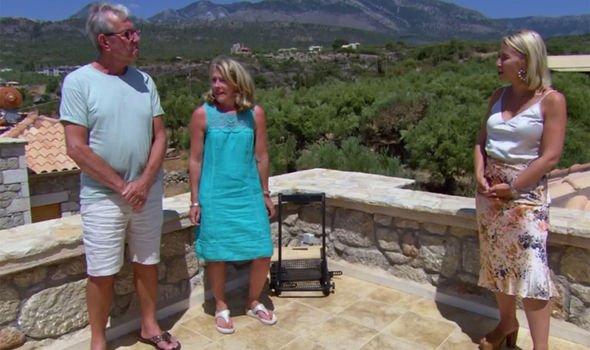 “There is no pool with this one but -“ Laura began to answer, only to be cut off by an impatient Tony: “Is there a possibility to put one in?”

Laura explained the agent has said there was room for a small pool to be built in but she was once again interrupted as Tony shut the idea down.

“Well I don’t know how big you want it,” Laura hit back after being cut off for the second time before Tony made his stance clear.

“Not just to dip my toes in,” he said, leaving Laura with quite the uphill battle to win them back over.

But even after stepping inside to the first property, it was clear Laura wasn’t going to win Tony and Ginny over.

“Do you want me to be honest?” Tony asked. “I don’t see myself living here.

“It doesn’t feel like a home. I’m thinking about the winter, not about when the sun’s shining.”

Tony even went as far as to describe Laura’s first option as “soulless”, ruling it out of the running at the first hurdle.

Well aware the search had gotten off to a rocky start, Laura even described the first viewing as “disastrous”.

Property number two fared no better with Tony and Ginny again ruling it out right away.

However, Laura did manage to win the pair over as the search went on, landing a few contenders with options three and four.

A Place in the Sun continues weekdays at 4pm on Channel 4.