Home » TV » A Place in the Sun duo refuse to see Ben Hillman property in brutal put down ‘Not for us!’

Ben Hillman was the property expert responsible for finding A Place in the Sun guests Paul and Debbie their dream holiday home. With a budget of £115,000, the Channel 4 presenter had shortlisted five homes to show to his guests which met the criteria of having a pool and two bedrooms while being close to ammenities. After a tricky start with the first two properties, however, it was property number three which finally saw Paul and Debbie snap.

The trio were sent searching around the Caleta de Fuste region of Fuerteventura for their dream property, with Debbie and Paul having visited a number of times previously.

It was always going to be a tricky task as Ben had stated at the top of the show prices were rather high in the location if he were to meet their exact criteria.

So when he found a seemingly suitable apartment slightly further afield for the small price of £82,000, Ben’s optimism was high.

However, Paul and Debbie didn’t exactly share the A Place in the Sun expert’s view and even refused to go inside the property to explore. 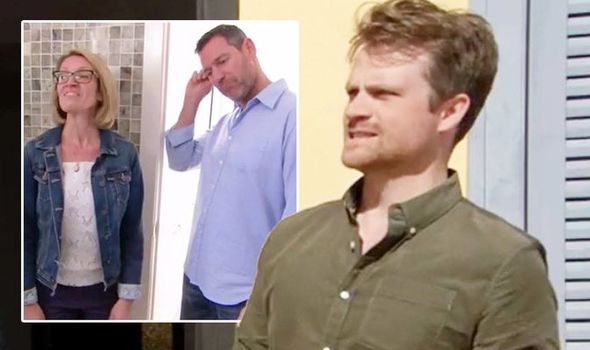 Standing outside the property, Ben was keen to discover their first impressions – although he may have wished he didn’t.

“Shocking,” Debbie bluntly replied, while Paul weighed in: “I’m struggling to find anything I like.”

“That’s stopped me in my tracks,” Ben admitted, taken aback by the negative response.

He reiterated the property was on the marker for weigh under their budget at £82,000, which prompted Mark to joke: “I’m struggling to justify £82.”

After pointing out the two were looking at the back of the property, Ben hoped their mind may change when they saw the front.

It was to no avail, however, as neither Debbie not Paul waivered on their stance.

“I just don’t like anything about it at all,” Debbie reiterated, before Paul echoed: “It’s definitely not for us.”