Home » TV » '90 Day Fiancé': Sumit Reveals Why His Parents Don’t Approve of Jenny in New 'The Other Way' Sneak Peek

Sumit and his American bride-to-be, Jenny Slatten, have returned for the second season of TLC’s 90 Day Fiancé: The Other Way to give their relationship yet another try.

Jenny, a 61-year-old mom from Palm Springs, CA, explained on the season premiere that she was heading out to 31-year-old Sumit’s home country of India for a third time in hopes of getting married to her longtime long-distance love. This time around, Sumit—who previously allowed Jenny to move to India, only to reveal that he was already in an arranged marriage—promised he would file for divorce from his estranged wife and make his commitment to Jenny permanent.

In a new sneak peek of the June 15 episode of 90 Day Fiancé: The Other Way, Sumit sat down for a difficult discussion about his relationship with Jenny with his younger brother, Amit. Amit warned Sumit that his age gap with Jenny would never be accepted by their family or culture. 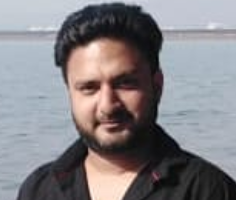 RELATED: ’90 Day Fiancé’: Jenny Wants to Buy a Wedding Ring for Sumit Before He’s Even Divorced In ‘The Other Way’ Sneak Peek

In TLC’s 90 Day Fiancé: The Other Way preview clip, Sumit revealed that he’d moved two hours away from home in hopes of getting some independence. The 90 Day Fiancé star showed his brother, Amit, his new home—where he planned to live with Jenny permanently once she arrived.

“Mom and Dad, they are aware of you again moving in herewith Jenny?” Amit asked his brother.

Amit reminded his older brother that the couple’s 30-yearage difference made their parents wary about Jenny’s motives and theappropriateness of the relationship.

“They are against the age factor. That is it,” Amitexplained. “They will be more than happy if Jenny would be like, five yearselder than you, or maybe 10 years elder than you. But the number is double yourage.”

“Actually, Jenny is elder than my mom,” he corrected them, “and that’s the thing my parents doesn’t like.”

Sumit’s brother wanted to know what he was going to do next,now that he’d filed for divorce from his wife of several years. “So, what’syour plan now?” he asked.

“The plan is that, like, once I get divorced, then I’llmarry Jenny,” the 90 Day Fiancé star replied.

Amit warned Sumit that the process might end up being morecomplicated than he hoped. “This thing doesn’t sound good,” he advised Sumit,reminding him of his cultural and familial obligations as the oldest brother.

“You are the eldest son,” Amit pointed out. “The eldest sonis always the one who respects the parents a lot and all the things which theyhave done for you.”

And Sumit’s age difference with Jenny, Amit explained, might even interfere in Sumit’s obligations to his parents.

“As it goes in India, an ideal son is to be, like, helping the parents in their old age,” Amit told 90 Day Fiancé producers. “After 10 years, Jenny will be getting older, and he will not be available with my parents to help them out. He will be there with Jenny.”

But Sumit and Jenny’s obstacles to wedded bliss, Amit added, went beyond their parents. Sumit’s relationship would likely not be accepted by most people in their community—or even in their country. The 31-year-old’s brother even suggested that Sumit’s family would have to shoulder some of the stigma associated with his unconventional relationship choices.

“Some of society will be looking upon my family with shame,”Amit said.

But Sumit retorted, “This life, which I’m choosing, it’s atleast giving me happiness.” The 90 Day Fiancé star had always focused onwhat was expected of him, he explained. But now he had to try to findfulfillment in his true love with Jenny.

“But still, we have to live in that society,” Amit pointed out.

Sumit got emotional as he seemed to suggest that his parentshad betrayed him by pushing him into a loveless arranged marriage.

“But if society is not helping you now?” Sumit asked his brother.“Nobody helped me. Their own son! They always knew that I never wanted to getmarried. If they knew that, then why did they put me through that big trouble?”