2DayFM's surprise axing of its high-profile breakfast team has been justified after the station suffered its worst ratings in the timeslot in almost five years.

It now trails every station in the timeslot outside Sky Sports Radio and Macquarie Sports 954. 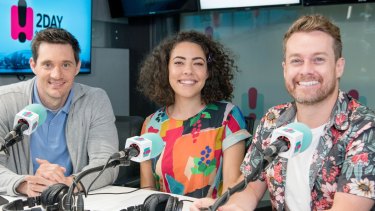 Earlier this month, 2DayFM boss Gemma Fordham conceded the station had timed out its options in seeking on-air personalities to pull its breakfast show out of its near-decade doldrums.

"In this market, we're not going to win if we just keep putting in talent," she said about competing with breakfast rivals such as 2GB's Alan Jones and KIIS FM's Kyle & Jackie O. "So they can play in that space; we're going to play in another space."

The station reverted to a "just-music" format, led by veteran deejay Jamie Angel, in the timeslot from August 19, whose results will be reflected in the next survey period. 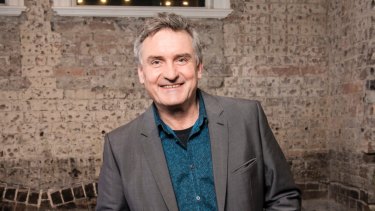 Glover's strong showing was echoed by his station mates, with breakfast hosts Wendy Harmer and Robbie Buck also seeing their overall audience share jump to 11.5 per cent (up 1.6 points). The result saw the show pass KIIS FM's Kyle & Jackie O (11 per cent, up 0.1 point) to trail behind perennial leader 2GB's Alan Jones (17.1 per cent, down 0.3 points) in the 5.30am-9am slot.

Overall, 2GB again navigated a turbulent period of on-and-off-air turmoil – including a heated advertiser backlash against Alan Jones, and multiple personnel shifts across its workday – to hold on to its leading position in Sydney, dropping just 0.6 points to an overall audience share of 13.4 per cent. ABC Sydney's strong result pushes it into second place at 9.4 per cent (up 1.4 points), with SmoothFM in third at 9.1 per cent (down 0.8 points).

Tuesday's survey period covered May 26 to June 29, and July 14 to August 17. Survey 6 results will be released on October 1.

Nine, the owner of this masthead, has a majority stake in Macquarie Media, 2GB's parent company.