Tammy Slaton failed to lose weight on 1000-lb Sisters. When she has managed to lose weight in the past on the show, she has always gained it back. This caused her doctors to be concerned about her health. Over the course of the seasons of the TLC show, fans have become annoyed with Tammy’s apparent lack of motivation to get healthy. Now, Tammy is blaming fans for her lack of progress.

Fans have become increasingly frustrated with Tammy’s lack of progress. One fan took to TikTok to comment on one of Tammy’s videos. The fan accused Tammy of not caring about herself.

“I don’t care,” Tammy responded said in a video captured on Reddit. “I don’t care about my health. Why the hell you think I’m back in rehab? I wish yall would give me some credit man, I’m trying. Honest to God, I’m trying. But yall just want to keep on holding me back. How the f*** do you expect me to win. How do you expect for somebody to do great and be great if yall keep holding me down? I know I’ve been there. I’ve said s*** and done shit wrong.”

“Ya’ll say ya’ll fans but yall not true fans,” she continued. “True fans would ride or die until I died. It’s a blessing that I’m still alive after everything I have been through. And now I have a trach, it’s only because the doctor wanted to make sure I have an open airway in case I got sick again. That’s all it was.” 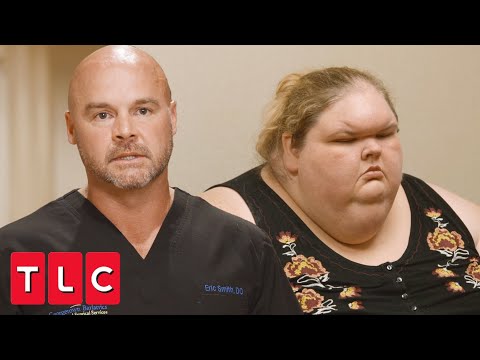 “Y’all just be mean for no dang reason,” she said. “Tell me to stop being mean to my friends and my family but like y’all only see what happens. Yall don’t know the back story to why I got mad like I did. I really wish y’all could be in my shoes and deal with the crap I gotta deal with.”

She then called her sister, Amy Slaton, out.

“Amy is not the blessing yall think she is,” Tammy said. “At least not all of the time. Everybody has their faults. Everybody. And y’all just want to single me out cause I carry my heart on my sleeve.”

Fans did not take too kindly to Tammy’s line of reasoning.

“Yeah, now it’s the viewers’ fault!” one person wrote on Reddit. “Of course it is, there’s always someone else to blame.”

“She is NOT the victim she portrays herself to be in this mess of a video,” another person wrote.

“Her comment about true fans need to be rooting for her and taking her side….um no sis, true fans want what’s best for you and, per usual, that’s some ounce of truth you don’t want to hear,” one person pointed out.

“She wants enablers and this is complete bulls***,” another person said. “You’re over 30. You can’t keep blaming other people because they aren’t giving you ass pats for ‘trying.’ I personally would respect her more if she admitted she’s having a hard time caring and just wants to bulls*** over this “I’m tryiiiinnnnnnngggg”.

'Vikings': Fans Weigh in When It Comes to the Ancestor Ragnar Lothbrok Claimed