Home » Music » ‘You have to be confident’: Eliott finds her voice on a bigger stage

It was during road trips with her family that Charlotte Gemmill learnt to harmonise. As a child growing up in the small Victorian town of Cobram, she’d started singing at around five or six, but it was in the car that a crucial part of the vocal puzzle fell into place.

"Whenever we would drive to Melbourne or anywhere, we'd put on a Missy Higgins album and Mum taught me how to harmonise and control my voice and sing with other people," starts the 23-year-old, who performs under the name Eliott, an anagram of her nickname, Lottie. "It’s such a memorable thing we used to do." 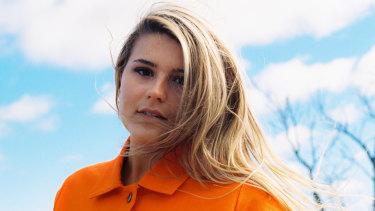 Eliott has swapped pub gigs for the thrill of bigger stages.

Fast forward to last September, and Eliott was in Europe supporting Dean Lewis. There to help her navigate the rigours of her first international tour was the person who in some ways set her on this course in the first place: her mother. Only this was a road trip on a grand scale.

"It was nice to have her there for support," says the singer. "It's so hectic; you're in airports every day. It's not really a glamorous lifestyle. It's super tiring, and did affect my mental health quite a bit, but just having the support there was important."

Eliott performed those shows solo, as she did the dates supporting Dean Lewis and Matt Corby on their respective Australian tours earlier this year. For an artist who as recently as mid-2018 struggled with the idea of playing without her band, walking onstage at Melbourne’s 7500-capacity Margaret Court Arena with just her keyboard for company was quite the trial by fire.

"I found myself pacing back and forth backstage before I went on," she recalls. "The rooms are so big you're almost disconnected to the audience. But then you'll see glimpses of people who are really listening, and that makes it more exciting. I think you just have to be confident in your own abilities."

Eliott honed those abilities as a teen in Cobram, where from the age of 16 she spent her weekends performing covers in pubs around her hometown and in Echuca and Shepparton. After completing boarding school in Melbourne she attended the Australian Institute of Music, but after the breakdown of a long-term relationship suspended her studies and moved to the Blue Mountains, where she'd spent time as a child. (She's since returned to Melbourne.)

It was there, inspired by the mental space afforded by the wide-open vistas, that she penned the songs that comprised last year's debut EP, Bold Enough, a stirring melange of soul and R&B balladry that showcases her prodigious vocal talents.

Her latest single, Shaking My Hips, was written in her cousin's garage at 2am and finished in Paris late last year with producer Jack Grace. A song inspired by heartbreak, it walks through the stages of grieving for an ex-partner, from the moment of realising they’ve found someone else to the eventual realisation you're better off without them.

It reinforces Eliott’s reputation as an artist willing to pour her heart onto the page.

"I think that's just the way I express myself," she offers. "Often I wouldn't talk openly about that kind of stuff. But for some reason it's easy for me to put pen to paper and sing it all out."