Olivia Rodrigo has taken over the radio and media outlets in 2021 due to her Taylor Swift-like songs. The heart-wrenching “Drivers License” bop was literally everyone’s go-to breakup song in early January — even if you weren’t going through a breakup. Its lyrics were cryptic too and led to a lot of speculation about Rodrigo’s personal dating life. Many of Rodrigo’s fans believed the song was about her “High School Musical: The Musical: The Series” costar Joshua Bassett and another Disney star Sabrina Carpenter. The mysterious love triangle has led both Rodrigo and Bassett to speak up about the romance rumors.

In an interview with Billboard, Rodrigo said, “I totally understand people’s curiosity with the specifics of who the song’s about and what it’s about, but to me, that’s really the least important part of the song.” Adding, “It’s resonating with people because of how emotional it is, and I think everything else is not important.” As for Bassett, he told GQ, “[Everyone] is asking me about Sabrina and Olivia. Why don’t we focus on these women for who they are? Let’s focus on the art that they’re making and how great they are instead of their relationship to a boy.”

Despite all of this romance drama, it appears that the singer has a new flame, and no, his name is not Joshua Bassett. Keep reading to learn more about Rodrigo’s rumored new boyfriend.

Olivia Rodrigo appears to be dating a producer 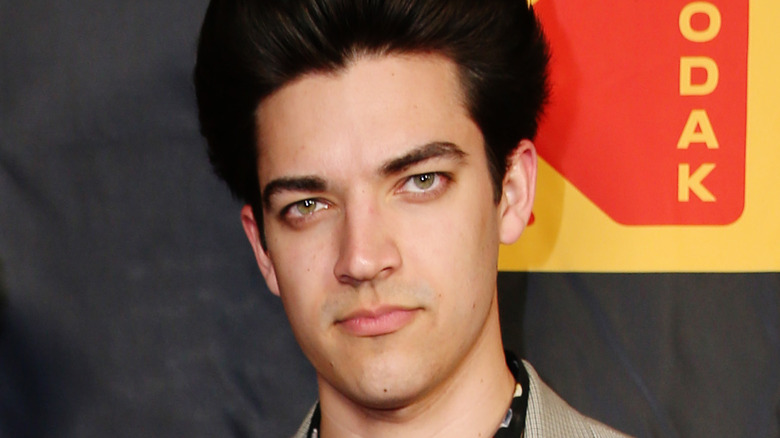 Want to know who Olivia Rodrigo is supposedly dating? We’ve got all the tea about this new romance. According to Us Weekly, in late June of 2021, the “Good for You” singer was seen cuddling up with producer Adam Faze. The duo was spotted attending a “Space Jam 2” premiere party together and were caught in a TikTok looking rather lovey-dovey. You can check out the viral TikTok here.

So, while there’s not much info about this new relationship, we decided to learn more about Faze and what he does instead. Us Weekly reports that Faze is a 24-year-old producer, part-time writer, and business owner. He’s worked on music videos for Goody Grace, including “Girls in the Suburbs Singing Smiths Songs.” The outlet also added that Faze co-created a production company called Must B Nice and was previously a contributing writer for Forbes.

Until more details pop up about this potential couple, we’ll be daydreaming about Rodrigo’s upcoming songs that will definitely be about this rumored flame. At least, that’s what we hope! Stay tuned.