Over the past few years, British entertainer Dua Lipa has established and cemented herself as one of music’s biggest pop stars. The “Blow Your Mind (Mwah)” artist debuted onto the music scene in 2015 and has since morphed into a global success.

As previously reported by Nicki Swift, Lipa’s music career has earned her three Grammy Awards, two MTV Europe Music Awards, and five BRIT Awards. As of this writing, she has two No. 1 singles in the U.K. and a total of 11 top 10 singles. Lipa’s infectious songs have caught the attention of many legends as she has collaborated with the likes of Madonna, Missy Elliott, and Gwen Stefani, while performing alongside fellow British musician Elton John.

It goes without saying that Lipa’s second studio album, “Future Nostalgia,” took her to new heights and helped her career propel even more. In an interview with BBC Radio 2 (via Music News), the chart-topper revealed she had already started thinking about her third LP while promoting the second. With that being said, Lipa is open to trying a new profession. Keep reading to find out more. 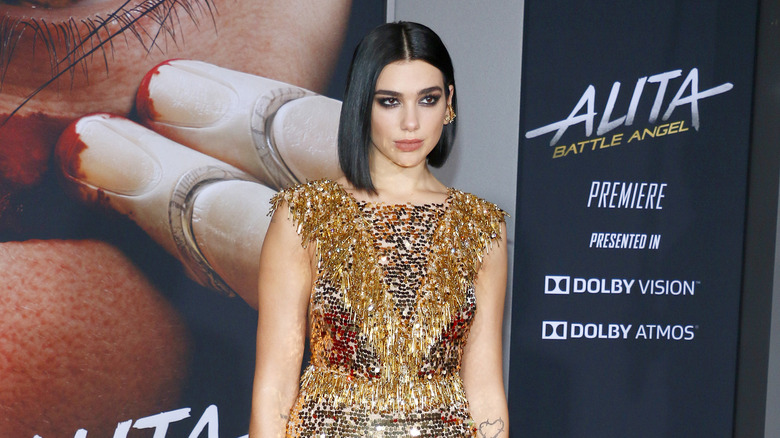 Dua Lipa may have produced a couple of songs for big-screen movies — “Swan Song” for “Alita: Battle Angel” and “Can They Hear Us” for “Gully” — but it seems she wants to take things further and pursue a career in acting.

According to The Sun, the singer has expressed she is interested in taking on a new occupation. “I would really like to. It is something I’m definitely up for exploring and figuring it out, maybe with a small role first,” the “Don’t Start Now” hitmaker said, adding, “I’ve become a bit more confident in myself.”

Recently, Lipa let out her inner cowgirl in her music video for “Love Again” and wowed fans with her latest reinvention. “I’ve done a little bit here and there, so I feel I’ve discovered the side of acting within music videos,” she continued. “I am quite intrigued and excited about the prospect of doing something else at some point.” We can’t wait to see what type of roles Lipa may take on in the near future!