Just over a week ago, Nathan was a postman in Airdrie, North Lanarkshire, recording songs and posting them on Tik Tok. His rendition of traditional folk song The Wellerman was swept up on the rising tide of a sudden sean shanty craze and has made him an instant star. Last Friday, he signed a record deal with Polydor. Today his debut song has gone straight in at Number 3 on the charts, the highest debut by a Scottish star since Emeli Sande in 2011 with Heaven.

Nathan is understandably overjoyed with his sudden success and said: “It is absolutely amazing and so surreal.

“Never in a million years would I have thought I’d have gone from a postman to having a song sitting third in the charts in the space of two weeks. It’s incredible!”

He’s been kept off the top spot by US singer and actor Olivia Rodrigo’s international smash Drivers License. The Kid Laroi is at Number 2, with his breakthrough hit Without You.

But all British eyes are on the lad from Lanarkshire, who has been reacting to his sudden fortune in entertaining and endearing style. 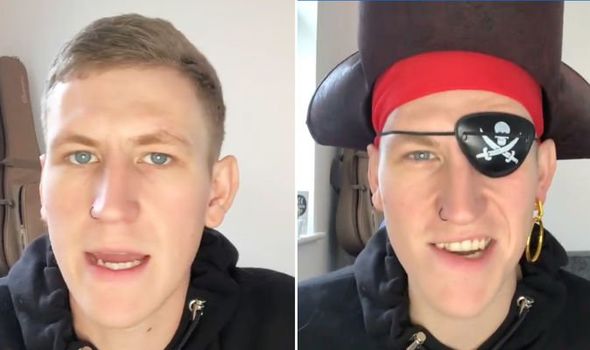 We will use your email address only for sending you newsletters. Please see our Privacy Notice for details of your data protection rights. Sea shanty Wellerman Tik Tok star Nathan Evans heading for UK Number 1

Nathan has appeared on TV shows in the UK and US in the past week but has also beekeeping loyal fans up to date on his own Tik Toka and Instagram pages.

It has, in fact, come and it has been a huge hit, exceeding anyone’s wildest expectations.

The Wellerman may seem like a strange fit for the UK charts, with its roots in the early 19th Century whale-fishing industry in New Zealand.

But Nathan said: “Back in the day when the shanties were sung, it was to bring everybody together, to keep them all in time, to keep the morale high.”

The 26-year-old is riding an incredible high of his won right now and added: “I cannot believe we’re here, we’ve made it…This is just outrageous. This has been the best week of my life.”

Yesterday, he shared another adorable video with fans, marvelling at how his life changed as he prepared to go on national television.

He said: “Another normal day. Just cutting about The One Show in the green room, just chilling. That’s normal, just normal…

Despite his jaunty pirate hat in another video, the song The Wellerman was inspired by the traditions of the New Zealand whaling industry.

Sailors from all around the world, including the US and Scotland, trawled the seas around New Zealand’s South Island, trying to catch the huge mammals in treacherous seas.

In the 1830s, the Wellermen were the men who brought supplies out to the ships and sailors, so named because they worked for the Weller Brothers company from Sydney, Australia.

Hence the line about bringing “sugar and rum”, two of the most important parts of the sailors’ staple diet.

BTS' 'Map of the Soul ON:E' Offline Concert Is Cancelled and Will Only Be Online Going Forward